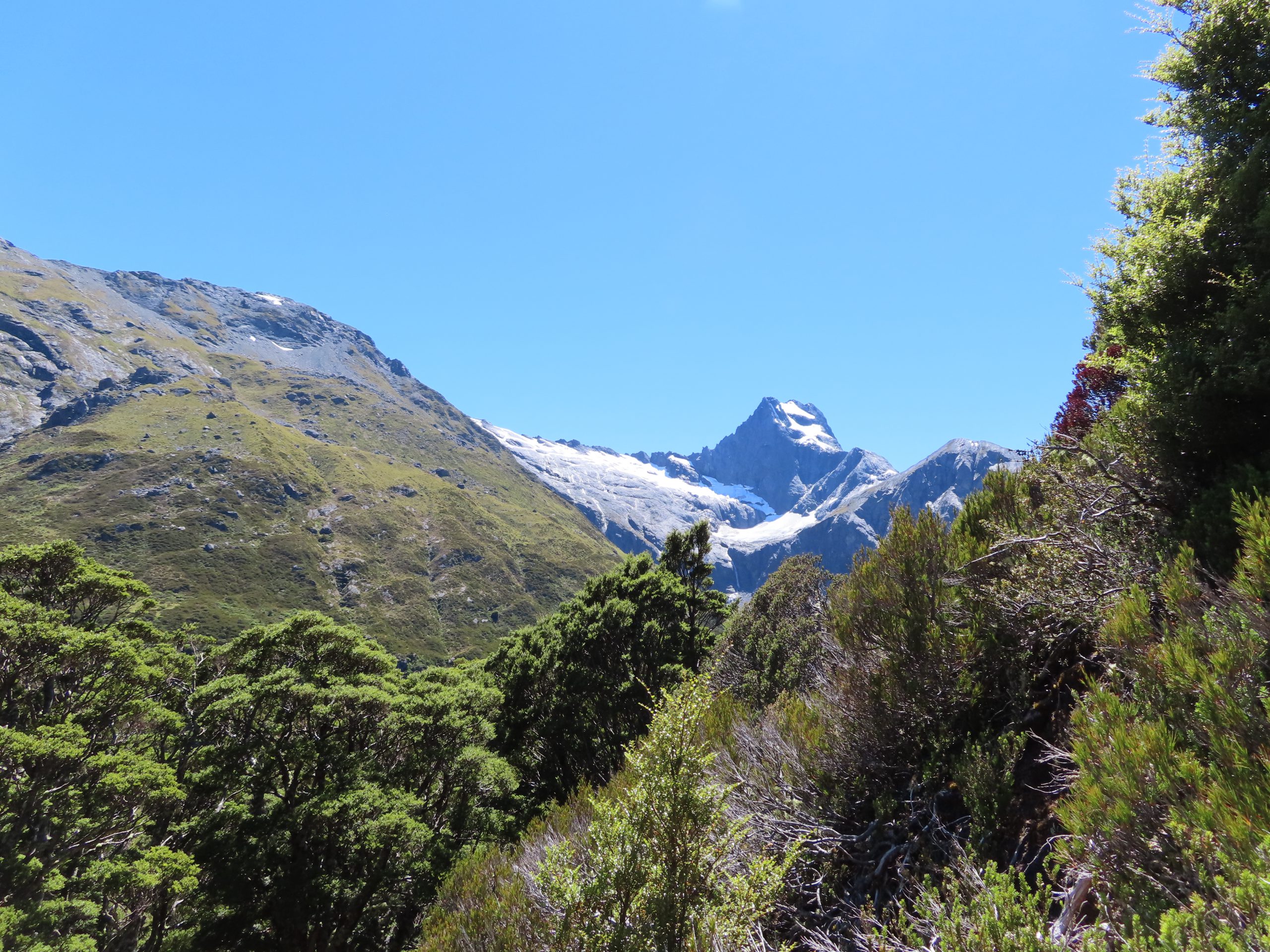 Tramping Gillespie Pass has been on my radar for a while and when Pete mentioned that he was planning to tramp it over Waitangi weekend I was keen – with a stroke of good luck I had the time off work already and managed to book flights last minute that didn’t cost an arm and leg.

After arriving in Queenstown we drove over the Crown Range to Wanaka which I really enjoyed having only travelled to Wanaka via Cromwell on the bus. On Friday morning we walked up Mt Iron before we started out tramp in style with a jetboat ride up the Makarora River & Wilkin Rivers to Kerrin Forks Hut – this is recommended for safety as the Makarora can be notoriously unsafe to cross (but it turned out the river was really low when we were there and safe to cross). Our driver gave us an exciting ride and did a few donuts for fun after finding out I had never done a jetboat ride before. Starting a tramp with a jetboat ride is quite a novelty and even if the river is safe to cross I would still recommend the jetboat simply for the experience!

We did a crossing of the Wilkin River through waist high water to visit Kerrin Forks Hut then wandered up the valley to Siberia Hut and the junction of Crucible Lake where we set up camp for the night. Pete had a massacre of sandflies after mistakenly leaving his tent door open during dinner. I think he spent the whole night killing sandflies rather than actually sleeping. 3h17m, 13k, 563m elevation

On Saturday we took daypacks up to Crucible Lake and went for a swim in the icy water – it was beautiful up there and no photos really do it justice. On the way down I met a French tramper who was climbing up with a huge toy horse in his hands. I had seen him the day before with the horse’s head sticking out of his tramping pack. Curiosity made me stop and find out the story behind the horse – apparently a friend had given him the horse named Jolly and he carried it everywhere with him – Jolly was one very well travelled horse!

After collecting our packs we started the climb up Gillespie Pass – it was another bluebird day and very hot and we provided encouragement to a few people we met who were suffering in the heat after the long climb. Instead of pushing on to Young Hut we decided to camp in Young Basin while listening to a melody of kea calls – I could hear them high up in the Basin flying around but none close enough to see – I had failed to get a date with a circus of kea.  6h42m 18.7k, 1,700m elevation

On Sunday the kea finally arrived – they sat on a rock opposite our campsite happily chattering away. They were mostly juvenile kea, easily identifiable by their yellow ceres – one snuck up pretty close to my tent so we got our tents down quickly before they became the new kea playground. I was delighted to see kea as they are nationally endangered due to predation and human impact. They are pretty special birds as they are the world’s only alpine parrot and are one of the most intelligent birds in the world too – DoC have stories about how a kea locked a mountaineer inside the toilet at Mueller Hut or how a kea learnt to turn on the water tap at Aspiring Hut.  Leaving our circus of kea behind we passed by Young Hut and decided to camp 3km from the Makarora River so we could have another night out on the track. 5h40, 19.4k, 324m elevation

On Monday Pete and Marie took the shorter option & crossed the Makarora River to fetch the car while I happily walked the Blue-Young Link Track past Blue Pools. Blue Pools are spectacular with their shade of blue caused by light scattering in the snow-fed, icy cold water. 2h20, 10.5k, 196m elevation