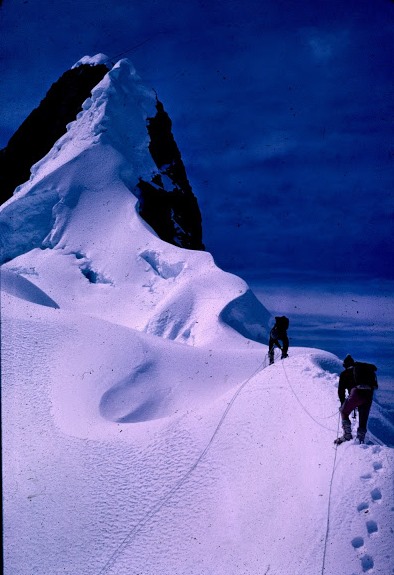 Ken McNatty kept the audience enthralled at the last club night with his recounting of the Peruvian adventure he and his fellow WTMC-ers undertook in 1968. Their accomplishments (26 peaks over the two months they were encamped in the Andes; 18 of which were first ascents) are hard to fathom in this day and age, let alone 50 years ago!

During the talk Ken mentioned that one of their members, John Lawrence of North Carolina, had recorded his personal adventure in a very eloquent story, which was then published in the New Zealand Alpine Journal 1969. You can access it here. We encourage you to have a read to be even more astounded!