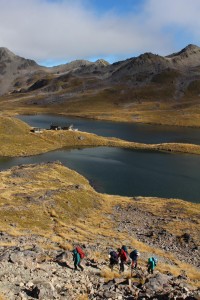 My optimism was slowly fading as the week progressed. The forecast was predicting strong winds, rain, and near freezing temperatures. But as we baked in the afternoon sun waiting for the ferry, that forecast seemed like a distant reality. After a sunset across the Cook strait, a sail through the sounds lit by the full moon, and a two hour drive, we arrived at Nelson Lakes where we set up camp for the night.

The next morning we woke up to stunning views of Lake Rotoiti and the surrounding mountains, complete with sand flies eating your legs for breakfast. The Kerr Bay campground was a 5 star site in my books, complete with boiling water on tap, clean bathrooms, showers, and even laundry machines. The forecast was still not looking good, with high winds and afternoon rain. The original plan was to take Robert Ridge to Angelus Hut, but we decided to instead take the valley route past Speargrass Hut and then up to Angelus to avoid us being blown off the mountain.

After driving up to the trailhead, we were on our way to Speargrass a little after 9 am. The trail worked its way through the bush and up the valley, and we made it to Speargrass just before 12:30 for lunch. The sky continued to darken and we decided to split the group. The faster group would run ahead to start the fire and put on the billy for the others as the storm closed in. We worked our way up the valley and alongside the river. Soon we were above the bush line, but our progress slowed as the trail steepened and worked its way back and forth across the river. The route ascended into the clouds, and the rain began to fall. After many stream crossings, the trail cut off and steeply climbed for the next few kilometers. The wind began to pick up as did the rain, and the thick clouds reduced the visibility to about 10 meters. The temperature dropped as well, but the steep climb kept us warm. 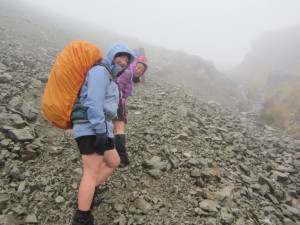 Around 3 pm we made it to the scenic overlook over Angelus Lake, which for us was a white and rainy abyss. The trail became rocky and slick as it dropped towards the lake, so we treaded with extra caution. Even in the storm, Nick took a quick detour to find a Geocache. The trail began to level out, and out of the fog revealed the lake and the outline of Angelus Hut.

When we got to the hut, the fire was already going. We stripped off our wet clothes, made a cup of tea, and waited for the others to arrive.

Over the next hour and a half, other trampers began to trickle in. A group that had taken the ridge looked especially beaten. Around 5 pm the rest of the group made it in. After a lot of tea, Tim Tams, and a delicious Moroccan Curry, we went to bed warm, full, and content.

The next morning our luck turned for the better, as we woke up to still air and clear blue skies. The plan was for a group to climb Angelus Peak and then head to Bushline Hut. Those that didn’t want to do the peak would head straight to Bushline and attempt to grab some bunks for the rest of us. We managed to climb up the peak in under two hours. The trail was unmarked, but the frozen scree made the ascent much more forgiving. At 2075 meters, the summit gave us amazing views of Mt Misery and Mt. Hopeless (I’m sure there’s a happy story there), and an expansive panorama of the surrounding area. After many photos, we managed to force ourselves to head back down to Angelus Hut. 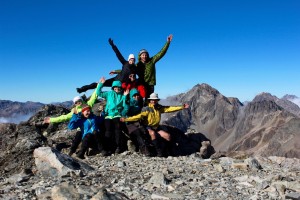 After a quick lunch, we headed off to Bushline Hut around 1 pm along Robert Ridge. If you don’t like heights, this trail is not for you. The path follows the ridgeline, cutting across rocky cliffs and steep scree slopes. The strong sidewind exercised our caution, but the trail is wide and well traveled. Eventually the ridge flattens out, and from there it was a gradual descent down to Bushline Hut.

We made it to Bushline around 5 pm, and it was packed! Luckily the earlier group had snagged a few extra bunks, but for the rest of us we camped out on the floor. After catching another amazing sunset looking down over Lake Rotoiti, we made supper and headed to bed.

The last morning we woke up just in time to catch the sun rise over the adjacent mountains and headed out just before 8 am to make the ferry. The trail worked its way down Mt Robert, with stunning views of Lake Rotoiti below. After a little over an hour, we were back at the van, and shortly thereafter stuffing our faces with pies and coffee from the local shop. 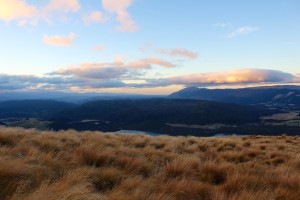 The wild turns in weather, amazing scenery, and great people all culminated to make a nearly perfect tramping weekend. If you plan on doing Angelus Hut, which you should, be sure to closely watch the forecast and be prepared for the worst. We got extremely lucky with the weather, but it could have just as easily gone the other way. Avoid Robert Ridge in high winds and rain, and be careful of the stream along the valley in high flow. It is very steep in sections and a slip when crossing could be devastating. Lastly, if you have time, make it a priority to climb Angelus Peak. It was my highlight of the trip, and the views of Mt. Misery will be sure to brighten your day. 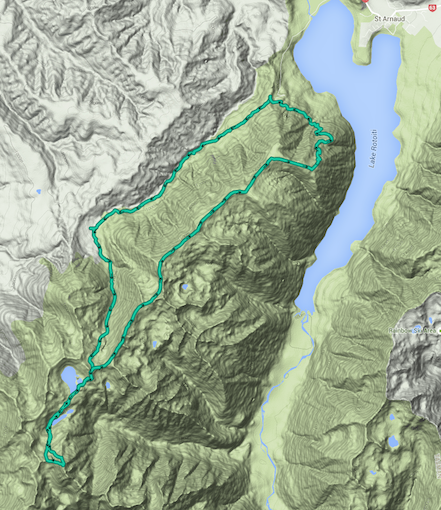 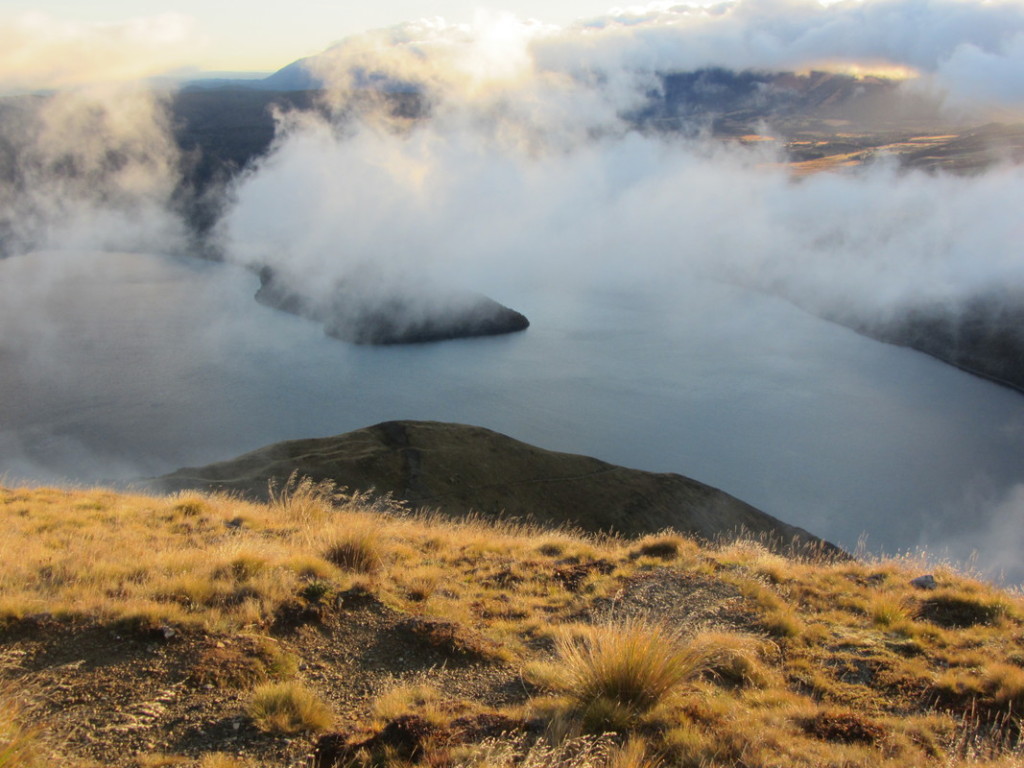