This trip shared the van with a group going to Howletts Hut. The Cattle Creek road end had a campsite and toilets, so it made sense to stay there on Friday night. It had been arranged that we had enough tents to use at the road end, but there was a fresh set of dry (and light) tents to take on the trip. The weather was predicted to be sunny with some showers possible, and it was estimated that the trip would take 4.5 hours. As this was an EM trip, we had a relaxed morning with plunger coffee.

The start was across a river and up a small hill which warmed us up; after 10 min we were all in t-shirts. The bush walk joins a wide cleared track called Homes Ridge Track that winds its way slowly up the hill to about 650m, then down again through the bush and back to the river. This was a track where you can walk side by side and chat which was great, as most tracks are single file.

At the bottom of the hill the track is along the river and it was good to see people trying to take note as to where we came out of the bush so they would know where to enter the next day on the way back (there is no orange triangle). For most it was futile to try and keep your feet dry as we still had about 20 crossings in ankle deep water zig-zagging up to Stanfield hut. Only those with waterproof socks had dry feet 😉 This is the west branch of the Tamaki river which runs out to the east.

The timing was perfect – we had morning tea and let the drizzle pass, then it was up river again to the base of the “big” hill which stands at 908m. If you weren’t warm already, you were 10 min into the climb! As with many tracks in the Ruahines, there was a big sign near the top to say it was only 1hr15min to the hut. This was a great motivator for those that needed it.

The next bit was across the tops (but still in the bush and low scrub), then that last 15min was straight down 150m to the hut. As always, to see the bright orange hut in distance put a smile on everyone’s face. The hut stands in a clearing in the valley below. The river along side the hut is the start of the Pohangina river running out to the west. 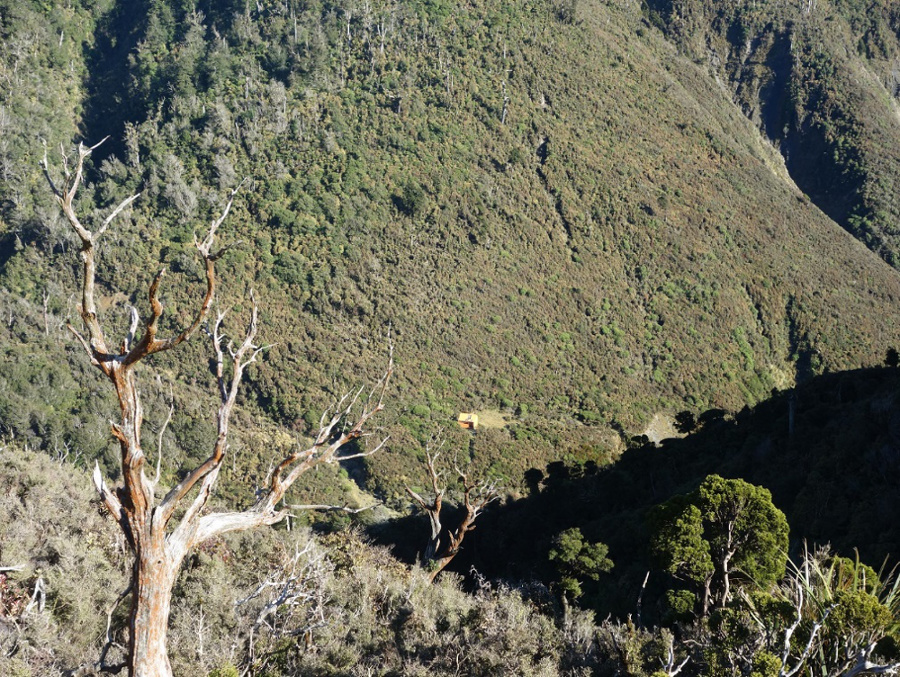 We were pleased to see we were the only ones there which meant we didn’t need to paper-scissors-rock, to  see who would sleep in a tent and we could spread out. We passed the time by analysing gear, jovial banter and sharing stories with a hot fire going. The chilli con carne evening meal was well organised by Aimee, and with a chef and sous chef the preparation went without a hitch. More laughs over a hot drink and cake was great to round the day off.

The next morning it was white outside which was beautiful. We were in no hurry to leave the warm hut as we had to time getting out with the Howletts group picking us up. 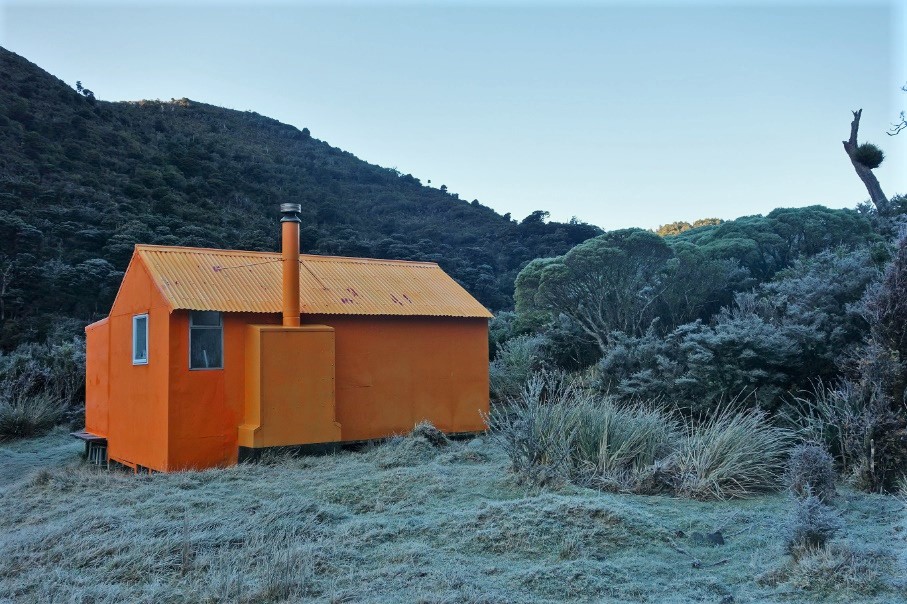 Even though it was a crispy cool morning, the sun soon moved down into the valley warming us up. It was such a clear morning; the views in all directions were stunning. You could even see the Tararua Range covered in snow. We had a nice break in the sun on the top before descending down to the river to have lunch at Stanfield Hut. 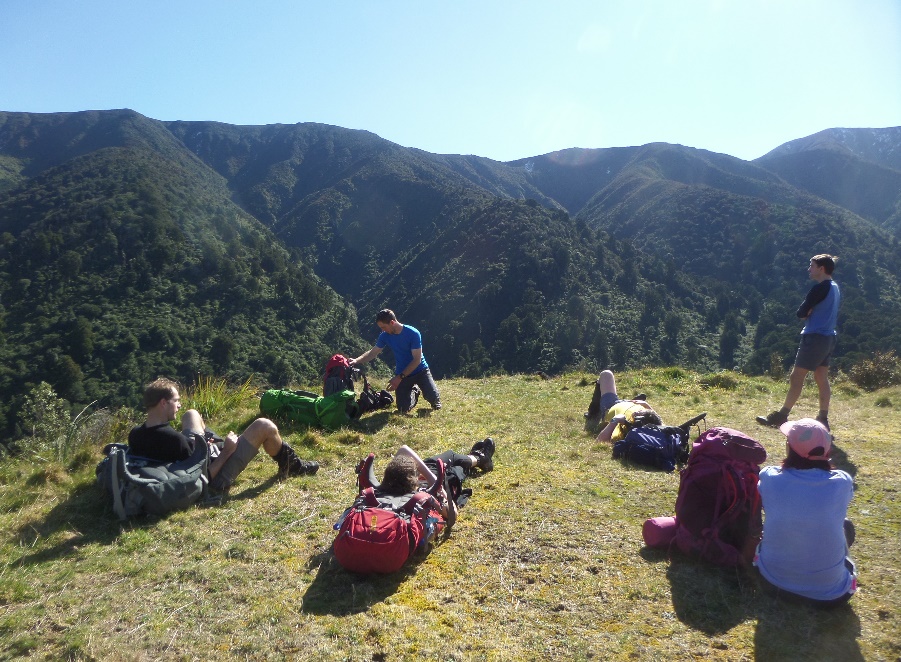 From Stanfield Hut back to the road end was 1.5 hrs, so we made sure we would come out at the road end to meet with the Howletts group who were picking us up again.

It was nice to meet new people and introduce the first timers to WTMC. I thought it was great to hear someone say “I can’t wait to go to my next hut”. A great weekend was had by all – thanks everyone.