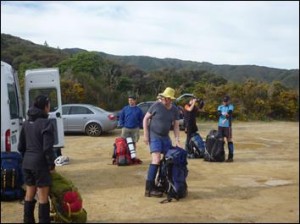 Originally we were supposed to be picking up the Moonlight Southern Crossing (FE) group on Sunday at midday-ish, but as that trip was called off we had a lot more freedom on departure times and return times.  We left the station at a very reasonable 9am on Saturday morning, a nice change from the typical hurried Friday night departures.

As we pulled out of Wellington trip leader and driver Jo requested a volunteer to write the trip report.  After an awkward silence I put my hand up, on the condition that somebody do something spectacularly funny over the course of the trip to provide material.  Just as the other punters were about to breathe a sigh of relief Jo came to the party by eliminating some white and/or grey fauna.  It became immediately apparent th 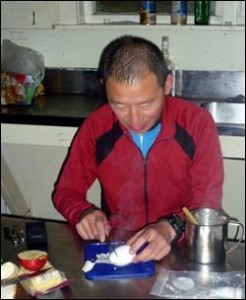 at we lacked a bird-expert on the trip, and Jo and Meena in the front seats spent the remainder of the 40-minute drive to Kaitoke arguing whether it was a seagull or a woodpigeon.  After resolving the traditional Wednesday night gear-pickup miscommunications and numbering our Dave’s we left the car park at 10am sharp.

Surprisingly none of the group had walked this section of the Tararuas before, so we were not quite sure what to expect.  We found the Puffer Saddle to be not particularly puffy, and after a moderate rest at the bottom of the descent we headed onwards, over a couple of respectably sized slips and towards Smith Creek Shelter.  The pace was relaxed, the weather cooperative, and we settled down for lunch on the riverbank just after midday.  Over lunch I reminded the punters that I was still waiting for somebody to do something spectacularly funny, but now that I was already committed to writing the trip report I wasn’t getting a lot of buy-in. 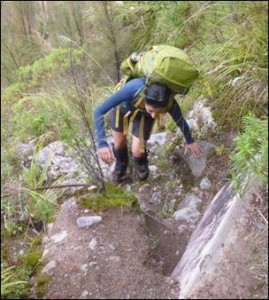 Other than having our wilderness experience disturbed by a couple of lost airplanes the afternoon was peaceful and quiet and we had a relaxed walk to Tutuwai Hut, taking in a couple more rest stops on the way.  We saw another beautiful white and/or grey bird early in the afternoon, and the woodpigeon vs. seagull debate resumed in earnest.  In order to avoid conflict we declared that all birds would be classified as seagulls for the remainder of the trip.  There was talk of upgrading the trip to an “M” after what Meena described as a “millisecond bushwhack”, but the group decided it probably wasn’t warranted.

At the Hut people unpacked, and there were a few surprises gear-wise.  Dave #1 had brought a coffee grinder.  As in an actual coffee grinder.  It wasn’t a hugely efficient piece of gear, taking the better part of an hour to make a round of coffees, but the group voted the trade-off worth it.

Meena wanted everybody to play “Who am I?”, a game where you have to ask yes-or-no questions to guess the person/character on your head, and brought cigarette papers just for that purpose, which she licked before slapping against our foreheads.  There was heated debate over whether or not “Am I a fictional character or a real person born before 1950?” was a yes-or-no question, with battle lines largely drawn up with IT and physical scientists on one side and everybody else on the other.  After clarifying the rules for a conflict-free game Rory, with “God” licked to his forehead, lead the restart with “Am I a fictional character?” Conflict resumed.  50 minutes later at the 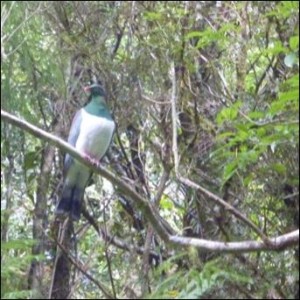 conclusion of the first round we aborted the game and agreed that it would no longer be played on club trips.

Trip Leader Jo mentioned that she always looked forward to dinner because, despite writing up a detailed list of ingredients for each individual to bring, somebody always turned up with a surprise.  Sure enough, Kay delivered.  After being assigned “300g beef, cut up and frozen” for the Beef Stroganoff he got a bit confused and instead produced a pack of “Frozen Beef Nuggets”.  After laughter subsided Kay asked how he did, and we assigned him a mark of 68% – the proportion of beef in his Beef Nuggets.

Dinner debate was lively and took in the alcohol purchasing age vote, tramping theory, why Palmerston North is better than Wellington, and f 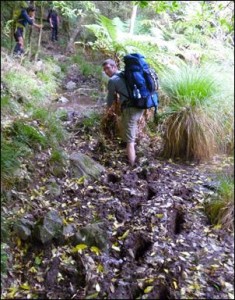 Lights-out was 9:30pm.  Snoring was subdued, and the group woke leisurely after a good night’s sleep.

We received a bit of a breakfast bonus when Wei Min returned with an egg, presumably a seagull’s, that he found floating in the river.  All were suspicious, but it looked and tasted as you would expect of an egg, so we divvied it up 7 ways.

We left the hut at 9am on the Sunday, and despite the lack of overnight rain the track somehow felt more muddy than on the trip in.  Nevertheless, we still made reasonable time, and were back at our favoured lunch spot before midday.

The weather on Sunday was overcast and it was a bit chilly compared to the day before, but otherwise pleasant.  After renegotiating the slips we stopped for a final break and de-jacketed for the last uphill section.  Arrival back at the van was just before 3pm, so fairly consistent at six hours each way, although it would be walkable in about four and a half hours at EM pace if you were a bit more stingy with the breaks.  It was a very nice two-day tramp, and seemed quite beginner-friendly.

Thanks to Jo for architecting the trip, and to a great bunch of punters for bringing the entertainment.