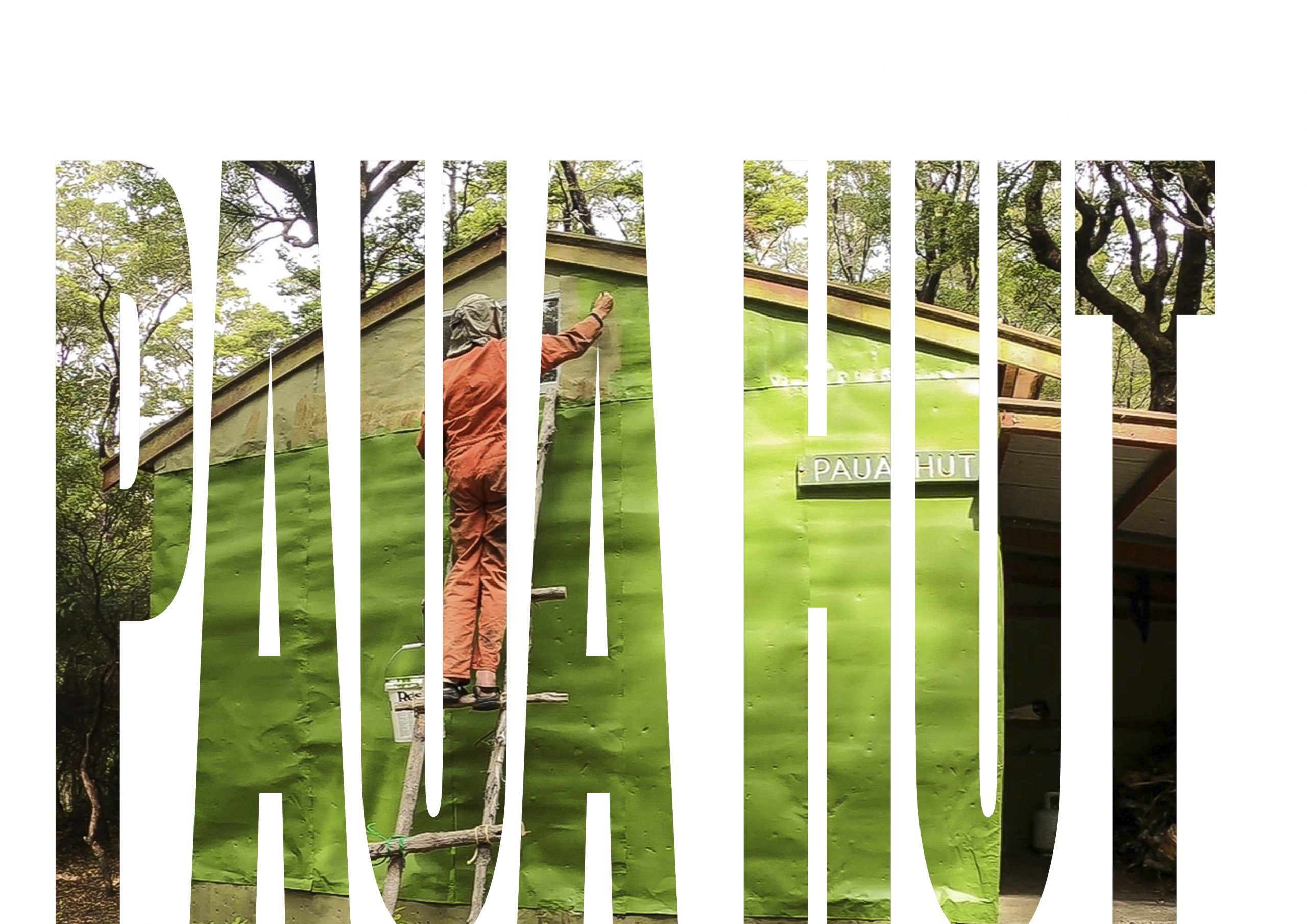 Paua Hut has over the last few years looked a bit tired and forlorn – the outside appeared shabby and the inside was getting a bit grubby. Clearly some TLC was needed.

A club maintenance trip was included in the schedule for January but only attracted a small number of helpers. Nonetheless the trip went ahead and as it turned out what the trip lacked in quantity it more than made up with quality. With Meredith, Elly, Katie M, Illona and Emily S starring and Tony G in a supporting role they altogether carried into the Orongorongos a heap of cleaning and painting gear including 24 litres of paint and a stepladder.

Over the weekend they cleaned and painted both the inside and outside of the hut including building a ladder from driftwood manuka tied together with professional square lashing knots to reach the high areas, sorted out a load of rubbish to carry out, measured up for a new stainless steel bench to be installed later, camped out by the river on a clear and calm night under a myriad stars, ate so much shepherds pie and chocolate cake with fresh cream that no-one wanted to toast the marshmallows on the campfire, had lots of laughs, and finally left with a feeling that they had accomplished something worthwhile and lasting that will hopefully be appreciated by many future hut guests.

The short video above shows a summary of the trip with below a few still pics.

A big thanks to all for being so enthusiastic and energetic, getting through a lot of work and being such good fun all the while. You’re the best ….