We tramped the Pouakai circuit and we were happy because it was plan A. Dan planned everything so that we could have an amazing week-end. But one question remained: Did Dan carry food in his backpack?

Friday night was a long drive, approximately 5 hours to arrive at the North Egmont camphouse. We didn’t forget to pick up two passengers on the way in Paraparaumu. On the way, Pavlo and Dan saved our lives, when a drunk driver wanted to fight with the WTMC trampers! The drunk driver ran away after he saw Dan’s and Pavlo’s malicious eyes or maybe he’d seen their coquettish looks! We arrived finally safety at the camphouse in North Egmont and ready to sleep for a few hours. 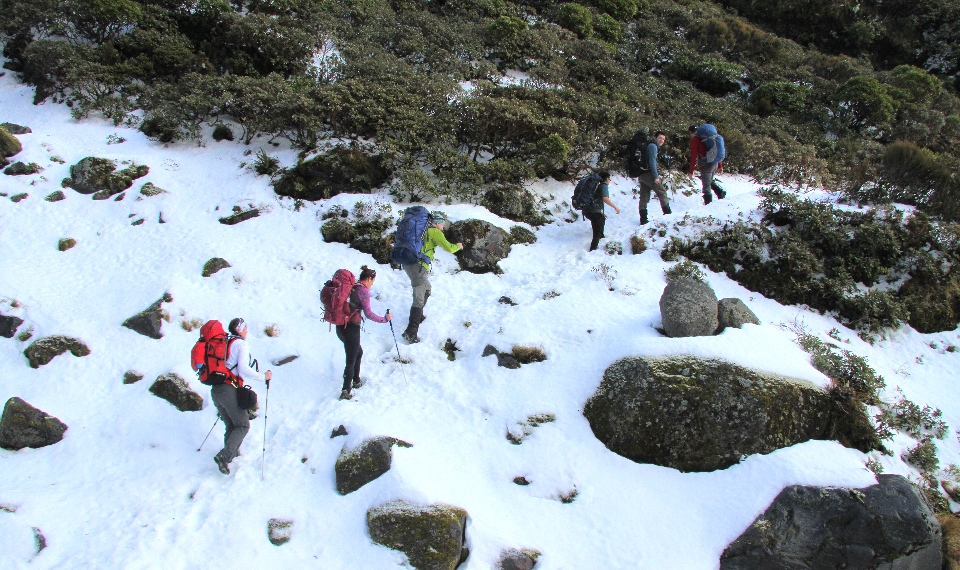 We began the tramp on Saturday morning around 8:30. The tramp begins with a relatively short climb. After regaining our breath, were walked two hours on a snowy track around the mountain. Snowcraft skills were necessary to open the track and to rescue Holger who fell in a hole!

After 3 h:40 minutes, we arrived at Holly Hut to have lunch. Surprise! Two cakes were presented, plus some cookies and chocolate bars. We were so full that we needed an extra walk to lose weight. Without our backpacks, we walked to Bells Falls, enjoyed the view and took some photos. 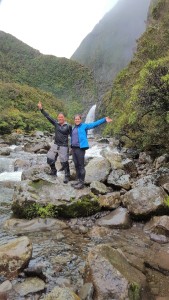 The afternoon track was a scenic view with a  “small”  hill to climb. Michael was leading this climbing. We suspected that he didn’t eat cake during lunch time, because he was running! After 5h:45 moving time, we arrived at Pouakai Hut ! After an amazing dinner, we had a second surprise: more cakes and cookies! Who won the WTMC Bakery Master Chef? I could give you a clue, it was probably one of the girls between Elisabeth, Bénédicte or Adeline.

During the evening, we played Scrabble! It was funny especially for those who are not English native speaker, but it was embarrassing for those who were trying to explain definitions. At the end, Matt played the word cards. Lean played the word games, Dan the word against and Pavlo played humanity and won the game!

All of the group had a good sleep on Saturday night. Was it because no one was snoring or because Pavlo was keeping the fire going all the night? On Sunday morning, we left Pouakai Hut around 8:30 for looking at Mount Taranaki. 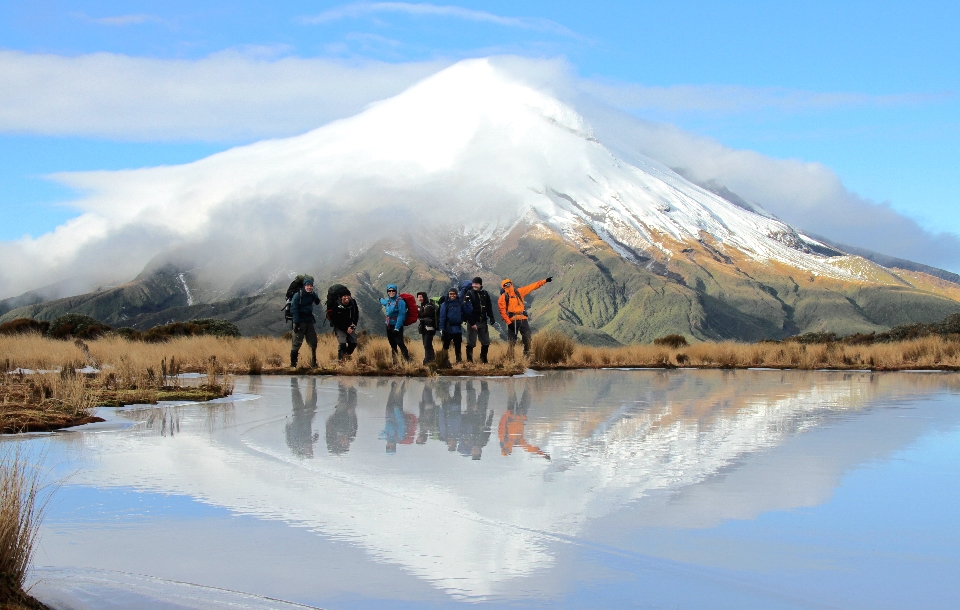 The two professional photographers for the week-end, Bénédicte and Matt, took many photos of Taranaki’s reflection on the ice. A few of us were ready to climb Taranaki, but unfortunately, it was not on plan A for the week-end.

After climbing a few ladders and crossing a few bridges, we finished the tramp happy and without losing weight. Dan was unhappy about not losing weight and decided to run to catch up the faster group, but he failed. On the way back, we listened to DJ Eli in the van. Her good music distracted the driver who forgot to drop Bénédicte and Adeline off in Paraparaumu on the way back!