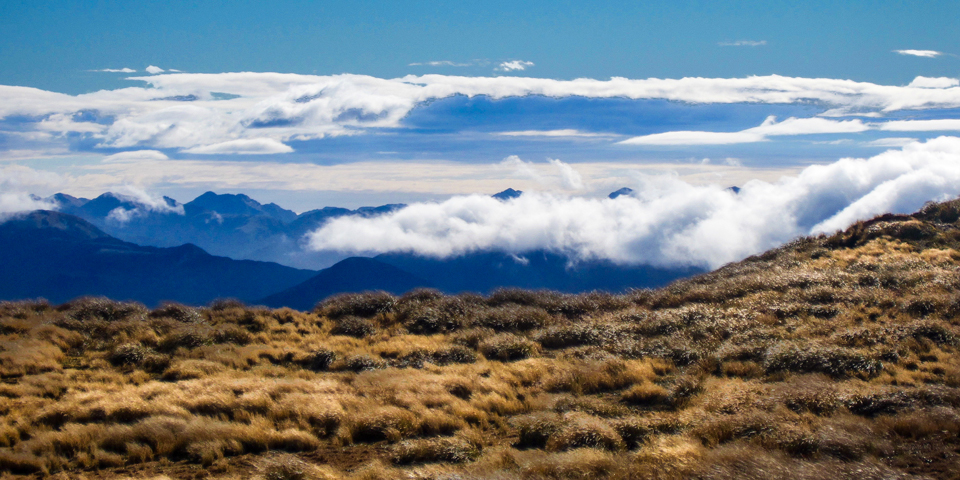 There’s nothing like gale forecasts of 100 km/hr to lend the run-up to the weekend a slight nervous edge. But spirits were high in the minibus so I could only assume either the others hadn’t seen the forecast or that I was the mad one: that heading up to a ridge with that forecast was a completely straightforward and sensible thing to do.

Presumably there’s a word for that self-centred anxiety we all get about hoping there’ll be room for us in the hut, cursing the other folk who deigned to have the same plan for the weekend, but had the audacity to get there slightly earlier. It pains me to admit that I carry this selfish malaise. We should certainly invent a word for the specific variant of this ailment when it concerns Field Hut, which is a starting point for many-a-Tararua adventure, from overnight family trips to epic multi-day ridge adventures.

But I didn’t need to worry, for after our brisk head-torched enabled walk up an easy track, though I certainly don’t consider this 750 m ascent insubstantial after a full day at work, we neatly slotted into the remaining beds and no doubt made it a bit warmer for the other groups too.

In the morning the wind began to rise, and as we ascended from Field to Kime Hut it became increasingly ‘breezy’, one might say. At Kime Hut I nearly lost my hand in the toilet door, so viscously did the wind slam it shut as I exited. So we decided to take our time at the hut with a cuppa, warm up (the wind chill having been well below zero) and see if the winds would die down. 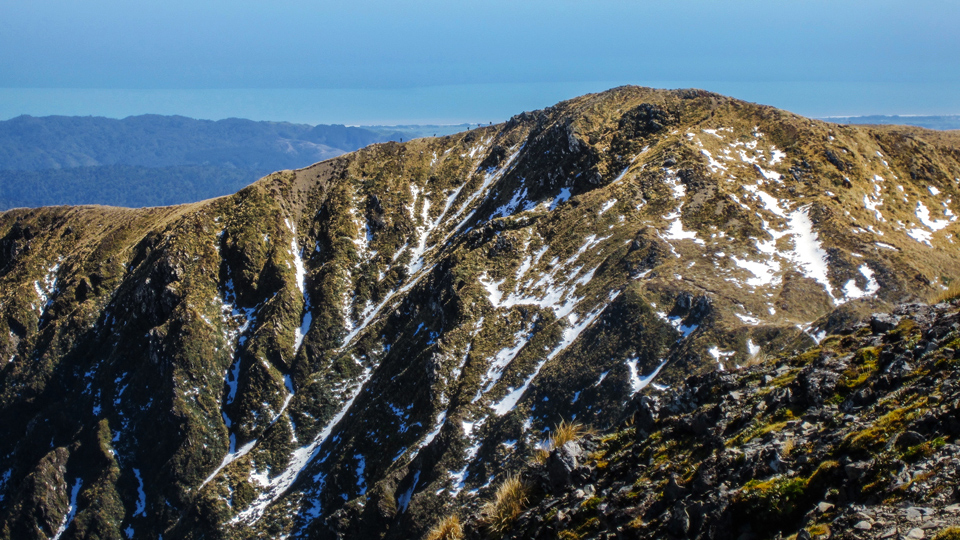 The weather gods were on our side, for sure enough the winds died down within 30 minutes (the pause as the south easterlies and north westerlies changed shifts Debbie hypothesised). When we set off up to Hector it was manageable, slowly becoming pleasant, and then positively lovely. At Hector we spied the other group coming our way and enjoyed tracking their progress as they crossed towards us from Field Peak.

From Hector we travelled gently down and up the various bumps on Dress Circle track, enjoying the glorious visibility. We were loathe to leave the tops so stayed for a second lunch, but the wind was returning so it felt like a good time to start our descent. The descent to Elder Hut was a typical steep Tararua treachery – I was glad we were descending rather than ascending this one. 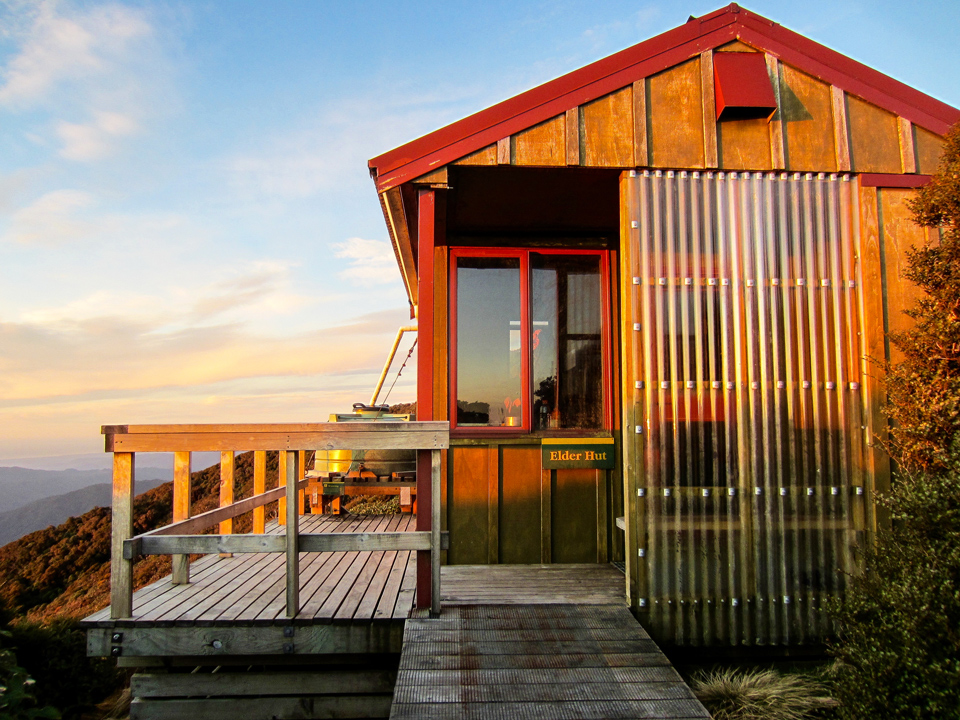 Elder Hut isn’t that often frequented due to its moderately inconvenient location but it is a real treat – small, warm, and marvellous westerly views. We sat drinking tea watching the sun set and predicting the weather, using our new skills following Tony’s wonderful talk at the club last week. I spotted a line of cloud above a far away range and casually predicted doom. Meanwhile, Weimin pulled out a ‘come dine with me’ surprise when he revealed he had brought ginger cake and custard for pudding. 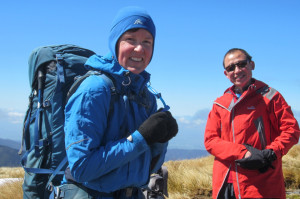 I probably shouldn’t have celebrated when the clouds I had been suspicious of turned into a brutally windy night and then a constantly damp and rainy Sunday. But I was pretty proud of myself. We left the hut wrapped up to the nines, but we only had a few exposed sections before we were back in the trees and soon warmed up. We intended to navigate down the ridges via points 925, 708 and 687, as many trampers have done in the past, judging by the hut book. We reached our junction after an hour and got compasses and GPS at the ready. Alternately led by Debbie and Weimin, we worked our way along the ridges, following foot pad where we could find it or picking our way over, under and through the trees when we couldn’t see tracks. It was slower going than we had expected but we got into a steady rhythm. For want of some kind of notable point amongst the unchanging forest, I celebrated our arrival at point 687 (what a memorable place! I will definitely never forget that time we were at 687!). 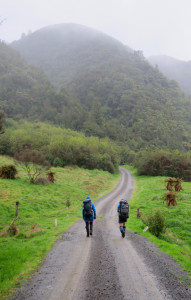 It was tiring on the concentration though so I was relieved when we made it back to the four wheel drive track that led us to Waiotauru track. The rest of the track was easy, though long, and we were treated to a final rain shower once we got out the bush to make absolutely certain we and our packs were thoroughly wet-through.

All in all a great weekend and a nice challenge for a newbie to navigation. Thanks to Weimin for leading and Debbie for expert navigation skills.