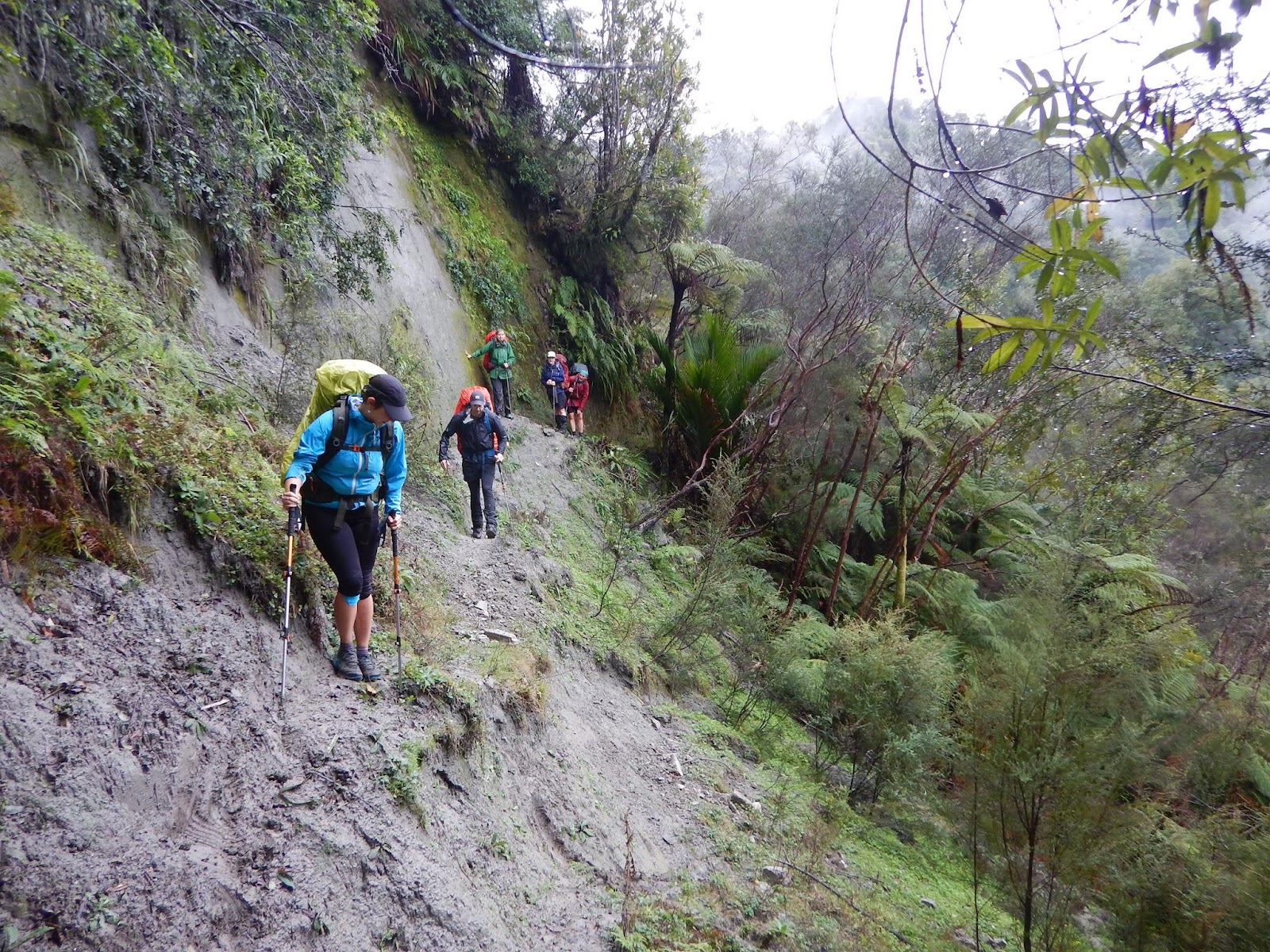 As usual, WTMC trampers met at the Wellington train station on Friday night  to start the adventure north. With a full van and cheery disposition, driver Tony picked up two Kapiti Coast trampers along the way. While everyone had their dinner in Bulls, Tash had an impromptu date with DoC ranger “Dave” a lovely fellow who queried if we could carry two mattresses into the hut. With a heavy heart Tash declined and we continued to Whanganui. The backpackers was a welcome sight and everyone was tucked up asleep in no time.

Saturday we rose early for breakfast, did a final repack and much awaited coffee stop at the Riverside Market (warrants a separate trip) before heading off to Waitōtara Conservation Area.

The drive to the start of the Trains Hut track was straight forward and well signposted. It was decided Sarah’s MF group would stay with the EM group rather than carry on to Tahupo Hut. Just after 10am we started the walk along a well formed track following the Waitōtara River admiring both native flora and not so native fauna (young cattle). At around 12pm we had lunch on the track with views of the river and wild goats. As the track got narrower further up the river the mud and previous slip damage was apparent. We navigated our way over several wire bridges with impressive drops below our feet and kept following the track until our destination was in sight. Time taken to the hut was 4:34 hrs, this included our lunch and we arrived with plenty of daylight to spare.

On arrival at Trains hut we debated whether to erect the tarp but as the rain set in so did our desire to stay dry. The hut’s sleeping status quo was challenged with 10 sleepers rather than six. Two brave souls (Sarah and Megan) slept in their tents near the bushline. Everyone found their pozzy for the night, had a hot drink and warmed up. Maj-Britt wandered to the river and witnessed whio paddling in the river. Dinner was delicious and personal stories were shared to lighten the mood as night fell. By 8pm it was time for bed and as we arranged ourselves in sleeping formation on the bunks (and floor) the rain continued outside.

Everyone was fed and watered by 8am and ready for the return trip with all our wet weather gear on. Where there was no rain on Saturday, on Sunday the waterfalls were swollen and overflowing offering everyone a refreshing shower. The mud became muddier and a slip was slipperier to cross, with a bit of creative license we all made it across.

The return trip was 4.5 hours. We put dry clothes on, packed into the van and set off for afternoon tea in Whanganui. The Mud Duck cafe filled our bellies with warm food and drink for the journey home.