Thanks to all who came along to the club rooms on the 21st to celebrate 65 years of the WTMC with us on the 21st November!  We had a great eve 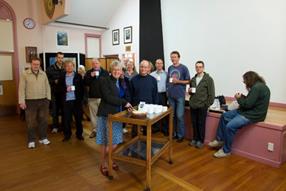 ning with some tales from the past from Sue, wonderful slides shown from the good old days from Sue, Brian and Harry, some more recent slides of Debbie’s overseas cycling adventures – and of course a great cake!  Thanks to Sue and Debbie for helping to organise the evening. 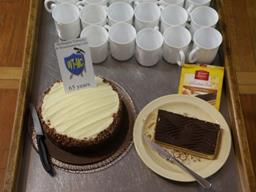 I will not be able to make club meetings in January or for most of the first half of 2013 – so thanks to Sue Walsh and various other volunteers for stepping up and running the club nights in my absence.  I will put a roster together for volunteers to cover Wednesday nights – please get in touch if you would like to help out.  Duties include setting up the computer/projector, putting out the tea and clearing up at the end (with help from other club members!).

Please also get in touch if you would like to talk to us on a club night – I’m sure there will be lots of great trips going on over the summer that we should hear about!