Before I get into the juicy facts, here’s a wordy summary of our Southern Crossing Medium tramp from Otaki Forks to Kaitoke. We headed up to Field Hut from Otaki Forks around 8pm on Friday night. It was a beautiful night, with an almost full moon. We set off from Field at 9am the next morning, walked over Table Top and to Kime Hut, reaching the officially closed hut by 10:45am. There was a bitterly cold wind and the cloud was covering the tops so we took the opportunity for a bit of shelter and had an early lunch at Kime. Onwards and upwards we went, not seeing much other than the inside of a lot of clouds. We stopped briefly for some sugar at the top of Mount Hector, then pushed on along the tops. As we dropped down to Alpha Hut we came out of the clouds and were rewarded some comparatively good views…well, better than the grey we had seen so far. It was only 3pm when we reached the hut, already inhabited by a group of scouts, so we had a fair few hours to drink lots of tea before thinking about dinner. Needless to say we were all in bed by 8pm…except of course the scouts! On Sunday morning we left the hut at 8am and bashed out the long walk out along the Marchant Ridge in a comfortable 6 hours. The sun had even made an appearance by lunchtime, and we were able to get a good look back at our route across the tops which the day before had been in cloud. Now for the numbers…

40km of ground covered according to Richard’s GPS.

So we were only 10.5hrs slower than the record, and a whole 7hrs quicker than DOC suggests…I think we can be pleased with ourselves. 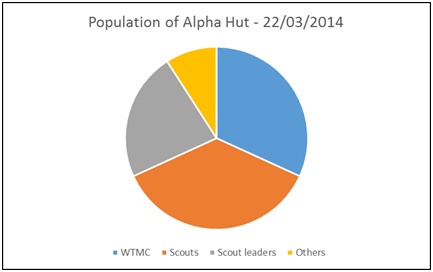 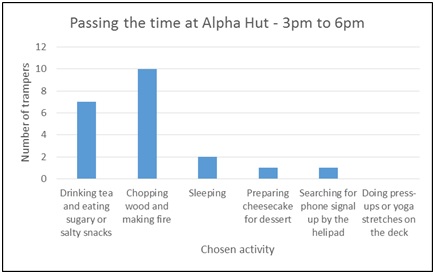