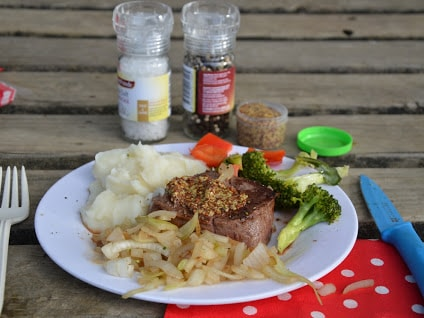 As a first time leader, an easy walk to the hut, eat well, enjoy the scenery and relax. Simples!

I like many people in the club had signed up to Kevin’s Jamboree which was unfortunately cancelled. I was particularly keen on the chance of baking in a billy and waking up to a cooked brekkie. The latter being a favourite part of the weekend, though sadly compromised and substituted for a bowl of porridge whilst on a tramp! However, the opportunity to bake in a billy had sparked an interest, so much so, I found myself researching this on YouTube on idle evenings when there was nothing on the television. Initially I was thinking of Ray Mears and baking over an open fire. However more on this later…

As this was a tramp just before Christmas, the attraction of getting into the great outdoors was outweighed for many club trampers by the opportunity to go Christmas shopping and buy all those last minute presents. This year Father Christmas had trouble finding me…but that could be because I was on a private tramp…but that is another story for another time. So with only a few punters (all of them accomplished trip leaders), and an easy track to a comfortable hut I started to think “let’s cook a gourmet dinner”. This would also make for an interesting alternative to the usual tramp.

As a WMTC member for several years, I realised I hadn’t been out tramping with the club for many months. I put this down to it being winter, and my partner in crime being back in the UK. But I had enjoyed going to club every Wednesday to listen to people who were enjoying the great New Zealand countryside and the occasional beer at the Hop Garden as a welcome mid-week reward. So for the first time, I found myself putting my name down to lead a club tramp. Whilst I knew I was capable, having co-lead a previous day tramp, and been on many private tramps, I was slightly apprehensive. What had I let myself in for? Who would sign up? Had I covered everything? Would people like the route? At least one thing was certain; I had floated the idea of gourmet tramping with Garth over a beer (in reality this has how these things begin!). He was enthusiastic at the idea and encouraged me to come up with a menu. No pressure then! As it turned out, I needn’t have worried. My main role in organising the tramp was to promote it on a Wednesday night, plan a route which was straight-forward, and organise all the comms behind the scenes.

The Tramping bit and Hut life!

So as is the usual way, we met at 5pm on the Friday. We were sharing the club van with Matt’s small group who were heading into Triangle on a medium trip. An uneventful and easy drive out of Wellington was punctuated by a dinner stop at Bulls before arriving at Mangaweka camping ground at around 9pm. So we pitched out tents and went to bed.

The following morning, we got an early start and after paying the camp manager our $5 each we headed to the road end. It was only a short drive to the road end, but already there was a bit of banter between the two groups comparing their routes and the meals at the end of the day. I think there may have been food envy within the ranks of punters!

So after getting our kit ready, I gave my team my first club briefing before we set off on our adventure. It was a brilliant sunny day. We were rewarded on our ascent up the hill to Rangiwahia hut with great views of Ruapehu and even Taranaki in the far distance. We arrived at the hut at around 12pm and picked our bunks for the night. It was my first time at Rangi hut and I was relieved to find it was a comfortable hut and not too busy, so we spread ourselves between the two main sleeping quarters. Just after we arrived, a lovely couple well into their 70’s arrived (who proved to be enormous fun!), so we re-arranged and took one room for WTMC. Also at this point, Garth brought out the fancy chocolates which signalled this was the start of the things to come. These were enjoyed by all, including a couple of young local ladies who had wandered up the hill…very smooth Garth! 😉

So that we could feel we had earned our dinner later that night, the four of us armed only with light packs of water and a few snacks went on an afternoon’s walk to Deadman’s Loop. Again an easy ‘cruisy’ pace enjoying the views on a clear spring day was the order of the day. It was comforting to know there was no need to rush to the next hut but just to take in the great views in good company and enjoy the great outdoors.

As Garth and Bridget settled into hut life, Emily and I got to task with our first gourmet tramping exercise. As noted earlier, I was keen on baking in a billy and had researched it extensively. My original plan was to bake something from scratch, but as this was our first attempt and in conversation with Kevin who was mastering this skill on the quiet, we settled for an Edmonds Chocolate cake mix as this was his tried and tested approach but still required some expertise to make this in one billy. Emily made the mixture according to the packet, and I sourced some stones from the gravel path which would be put into the bottom of the billy. Then, with two foil dishes I had brought with me, we used one as a trivet upside down in the billy which would keep the direct heat away from the foil dish which we poured the chocolate cake mix into. The result was a fabulous looking cake, which we enjoyed later after dinner…

Now I should begin by saying that I’ve always eaten well on the club tramps, and quite often there are second helpings which is always a good reward for the effort of all the exertion of a hard day’s tramping. So before the main event could begin, I was surprised to find amongst all the other ‘luxury’ food items which were carried up the hill, Garth gave me with some hilarity an apron to wear to look the part!

Whilst planning the menu, we’d decided we would splash out a bit and have steak (we were saving on Christmas shopping after all). This also gave Garth the perfect excuse to try out his newly acquired bargain frying pan to cook the steak to perfection. He certainly wasn’t going to entrust the meat to a complete novice like me, even if I was wearing an apron!

Meanwhile Bridget and I were busying ourselves with the duties of preparing the vegetables.

As can be seen from the photo below, the meal was a complete success even right down to the choice of two mustards to compliment the meal. The only thing missing was a good glass of local pinot noir to wash it down. Club rules are rightly strict on this, though perhaps for a future responsible civilised tramp permission could be sought.

During the course of the meal preparation, we were the envy of the senior couple who couldn’t believe the lengths we had gone to prepare such a fantastic meal. I don’t think they’ve laughed so much in a hut. But there was more to come!

As with all the best restaurants including those in the hills, there is a choice of dessert! Bridget supplied the ginger loaf, and set to work in making the custard in the billy. But we also had the billy baked chocolate cake, so we enjoyed both covered in custard. As you may have realised by now, full on a steak dinner and two puddings we had over-catered for a small group of four trampers. So naturally we shared the spoils of gourmet tramping with the rest of the hut, whom were all thankful at enjoying a freshly made chocolate cake as the evening drew in. Even the late arrival of a couple of hunters got to enjoy an unexpectedly provided dessert before they crashed on the floor.

To top the evening off, before bed, the sunset and cloud inversion completed a thoroughly nice day in the hills.

My favourite weekends are those which include a leisurely breakfast, surely that is what Sundays are about. So to the continued amusement of our fellow trampers we set about cooking breakfast. No billy required here for stodgy porridge. Oh no, the only breakfast for hardcore Easy Medium trampers with a long two hour walk downhill was the ‘works’!

The order of play was that Bridget and Emily were cooking the bacon and tomatoes in the frying pan. Garth was in his element, and couldn’t be disturbed whilst he perfected the scrambled eggs. Yes that’s right; we carried eggs up the hill. Apparently I’ve been making it wrong all these years as instead of milk, Garth used cream! I have to say it’s the one of the best scrambled eggs I’ve had in a long time and certainly in a hut!

Whilst this was going on, I had the simplest of tasks of chopping the chives to decorate the scrambled eggs. I undertook the task with military precision! The billy provided the cuppa to wash down the breakfast and bathe in the perfect Sunday breakfast whilst in a hut!

All of this provided for more photo opportunities and repeated calls from our fellow tramper’s that the WTMC were ‘soft’ and enjoyed the fine foods whilst we were in the hills. Again we protested this isn’t the usual way of the club but it provided for good-humoured banter.

A relaxed morning and a suitable cooked breakfast gave us the much needed energy to exert ourselves down the hill back to the club van. By chance within minutes of our arrival, Matt’s medium group who had left Triangle Hut around 7am and only on the nourishment of a typical tramper’s breakfast also arrived. Incidentally Matt’s group had dined the previous night on salmon. Before we could head back to civilisation, I was encouraged to have a club van driving lesson around the car park.

Now I should point out, that from a club point view I normally like an Easy Medium tramp with good views, but I can also rough it on a longer tramp…like the 13 hour mission from Siberia Hut at Christmas which is probably why Father Christmas missed me. So yes this was the cruisiest tramp I’ve ever been on. But it provided a light introduction to leading a club tramp with some great people. What really interested me here was the chance to do something a little bit different and add something a little different to the trip schedule. Mission accomplished!