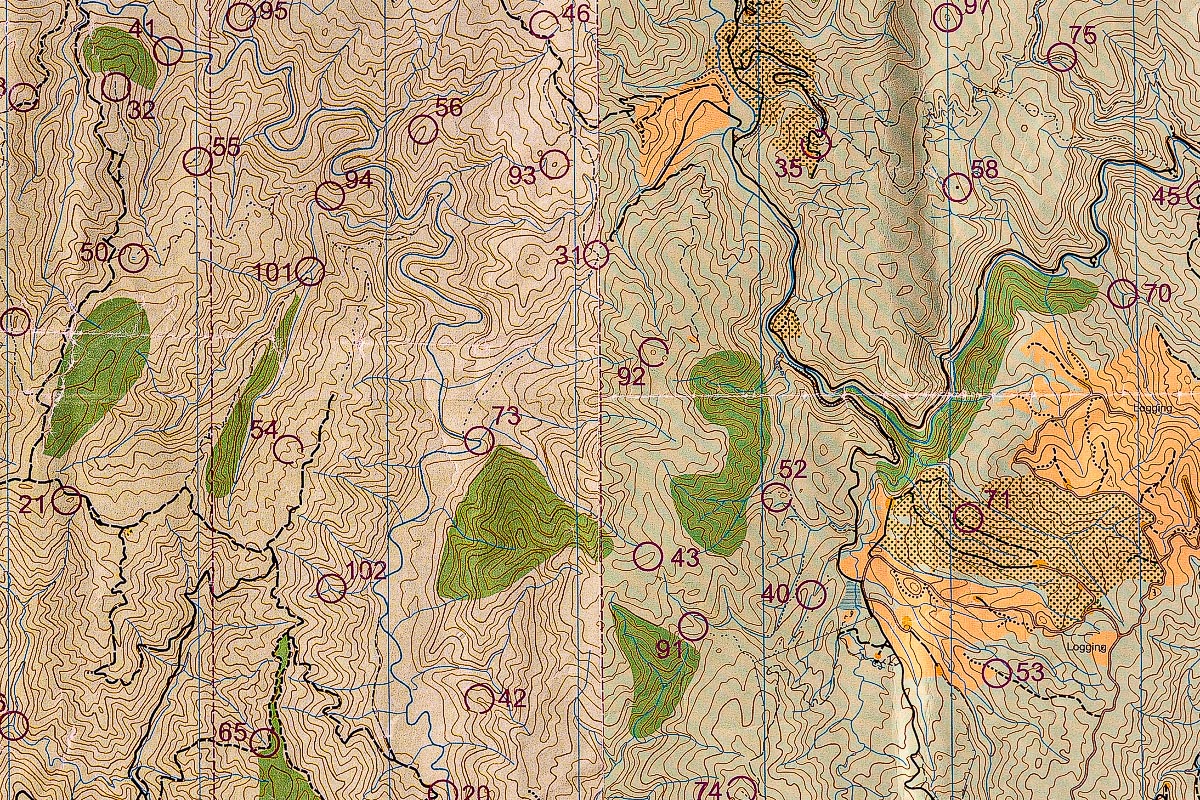 Way back in 2010 Tony and Jackie entered the Akatarawa 24 hour Rogaine with the idea of being totally non-competitive and just cruise around the course for fun. Although the forest is not an ideal area for a rogaine given its often dense bush and acres of even denser supplejack these were outweighed by having a well-supported competition close to home, and both enjoyed the event.

But the slow travel during the event meant that a planned control, No 73, had to be abandoned to make up lost time. Ever since Tony has felt the need to someday go back and visit the missing point.

So it was that the Secret Seven who were looking for a one-day trip adventure set out at 8 am from the Karapoti carpark with a trip plan that was even by their normal standards outstandingly hazy and consisted only of somehow getting to Point 73 and collecting a few other control locations on the way there and back.

We got off to a dismal start when after a 4 km road walk that was accompanied by non-stop chattering we realised we hadn’t being paying attention to where we were going and ended up confused  as to our whereabouts only 500 m after leaving the road. Once this was sorted we made better progress and soon collected Point 31.

Now we were in the groove and made short work of Point 93. We knew that the next point (No 56) would be awkward since we would be descending a wide spur that had many minor side spurs to cause confusion. But even knowing this we didn’t do too well and the track recorded by Matt’s GPS shows a couple of times where we were lured down the wrong spur then had to cross the gullies to get back to the correct one.

But we got there, had a short food stop, then continued down to the very pretty Whakatikei River.

Now it was easy going walking partly in the river and partly on an indistinct trail mainly on the true left until we came to the mythical Point 73. This disappointingly looked almost exactly the same as any of the other U-bends in the river we had passed—but where we decided it was a nice enough place for an extended late lunch break anyway.

While sitting in the warm sunshine we discussed how we would be getting back home. There was the easy option directly via Point 31—which we had already visited—or a more adventurous route via Point 92 and onward along the ridge south east towards the carpark. But Marie claimed that if we were late out she would run out of food and therefore she should be allowed to eat Stuart. For some reason Megan wasn’t too happy with this idea so we settled on a compromised option via Point 93 then the easy way back past Point 31 which should get us out before Marie became too hungry.

At first the going up the hill from the stream was easy but then quickly degenerated into the dreaded dense supplejack. This slowed progress significantly, but after passing one of the biggest rata trees we had ever seen we eventually topped the ridge just south of 93 exactly where we intended.

From here it was easy back to 31 and down to the 4 km road walk back to the carpark arriving just on dark.

Although the Akatarawa Forest is usually not regarded as ‘real’ tramping country, there is a lot to recommend the area for day trips or even easy weekends—especially if you are looking for some reasonably challenging off-track navigation. We certainly all enjoyed the trip enough to want to go back again sometime soon.