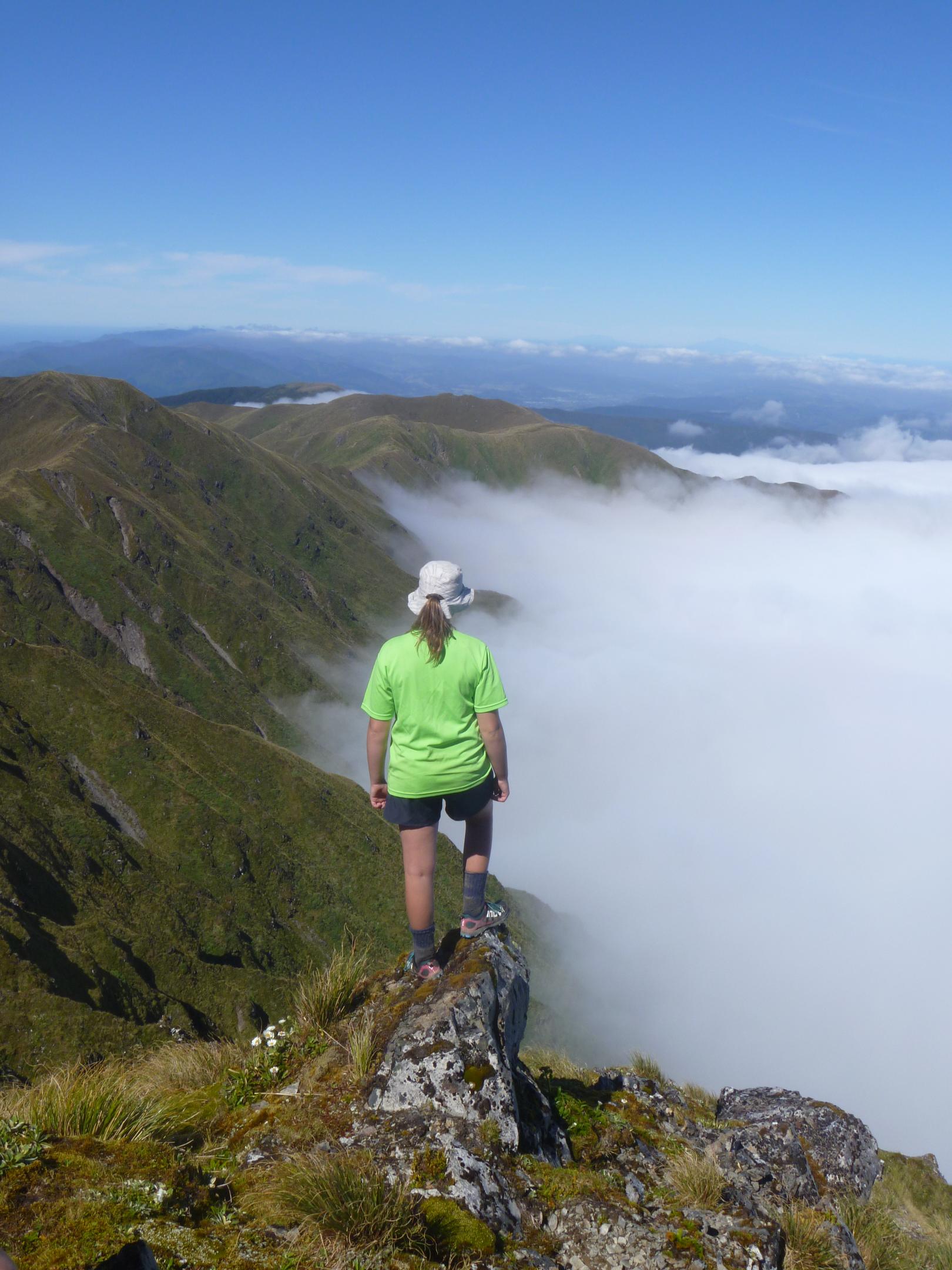 By some small coincidence, keen kids and a small sunny weather window coincided with Waitangi weekend during one of the least sunniest Wellington summers for a trip that was planned some four months earlier. 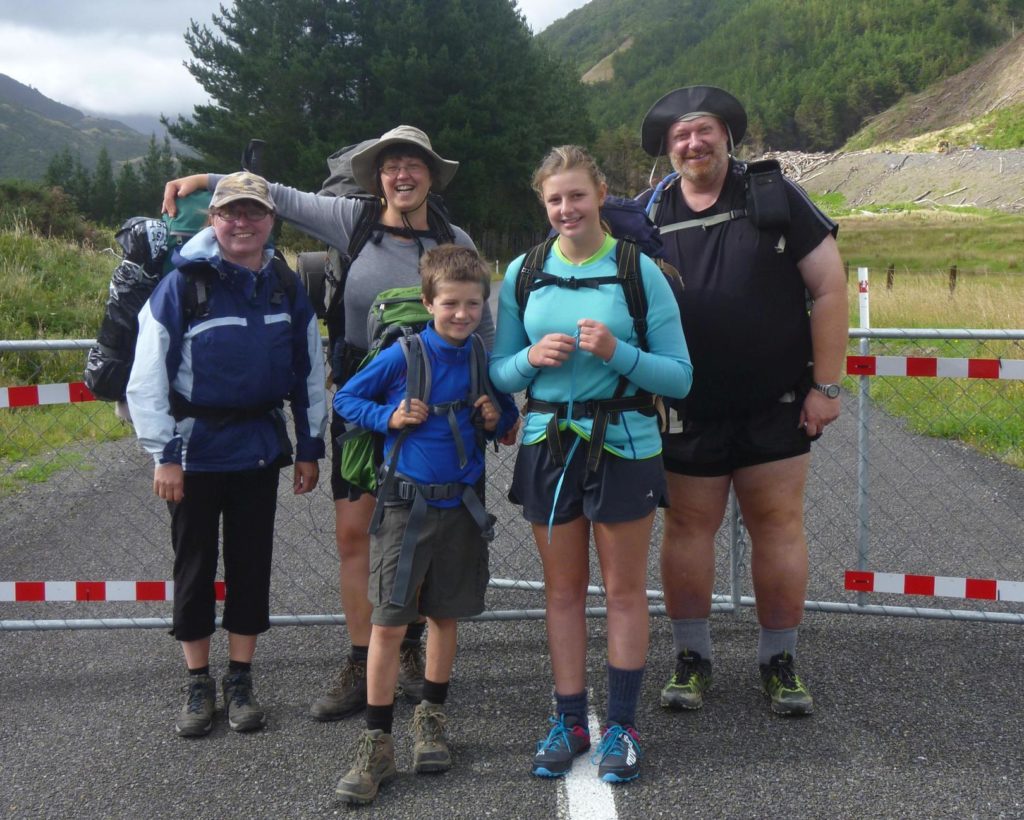 Thursday and Friday had been awash with rain and the Otaki Gorge road was closed again at the Blue Bluff due to slips. On Saturday morning we arrived at the gate closing the road at the same time as the contractor who was to clear the road. After a quick discussion with the contractor we decided to try and negotiate the two slips along the road to the carpark. 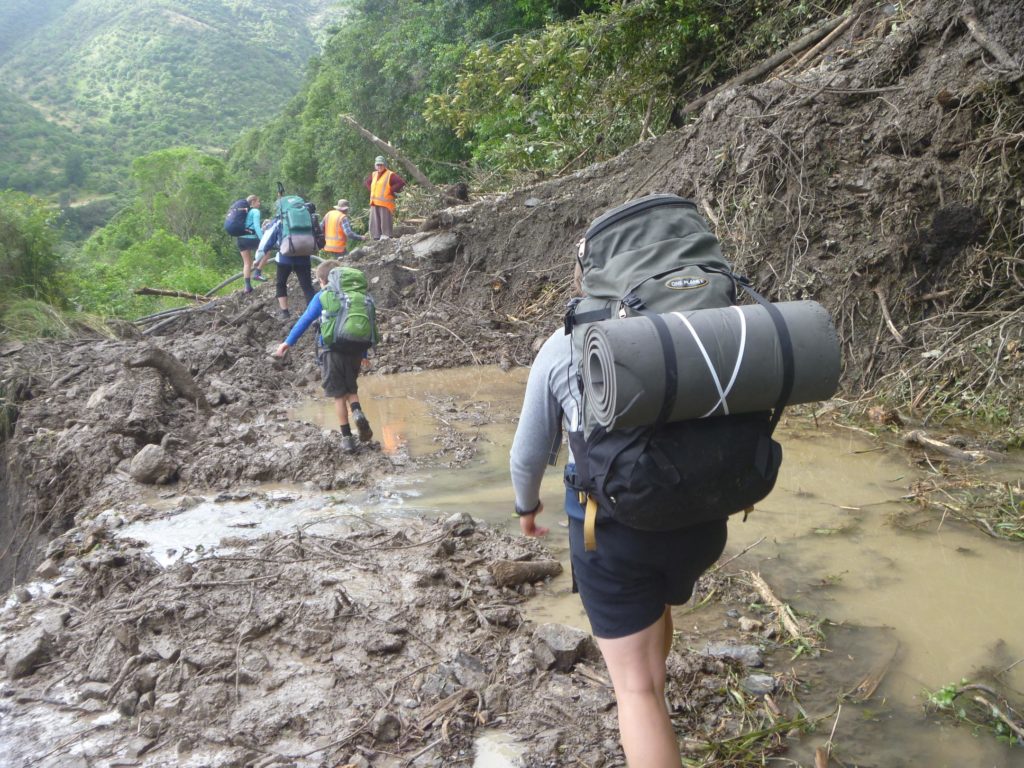 At the first slip we met David and Kathleen Campbell who run The Gate that was previously cut off for seven months, salvaging the buried remains of their hydropower generation scheme. The couple seemed remarkably upbeat despite the prospect of being cut off again. The first slip was mostly mud and rocks and was easily scrambled. 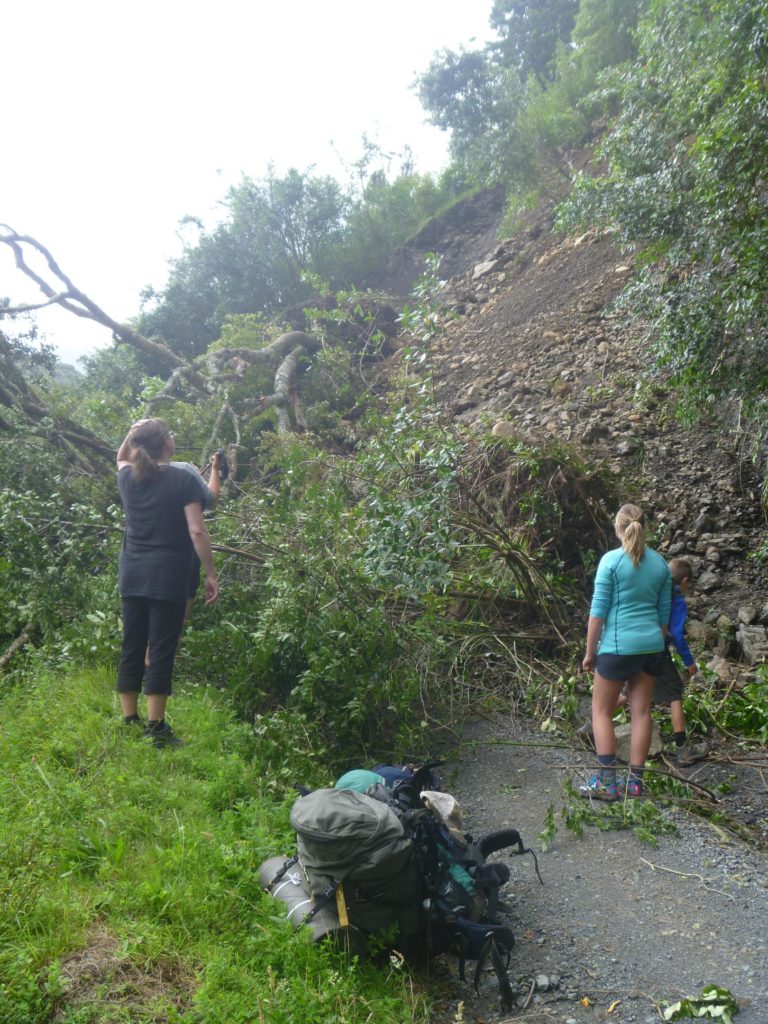 The second slip was just south of the Roaring Meg stream bridge at the top of the rise. This slip was much larger with a large number of trees brought down and overhanging the road. Fortunately there was an obvious route to scramble up and over the back of the tree roots. From there it was a cruise to the carpark and swingbridge. About 90mins from Blue Bluff. 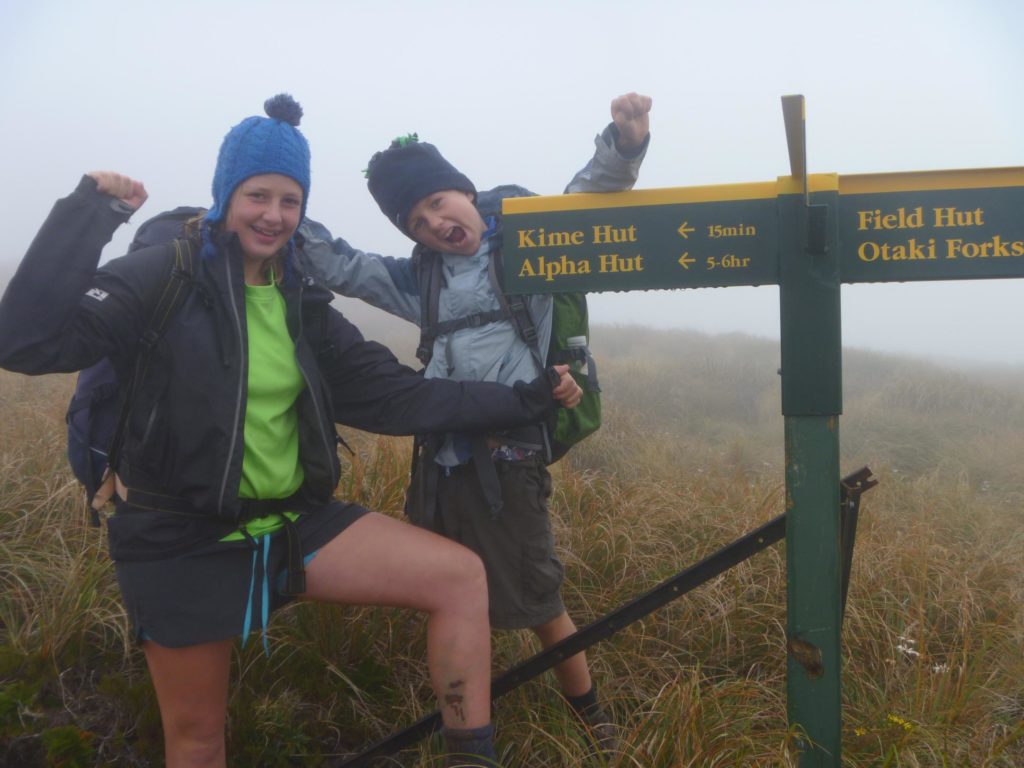 Finally the traditional start to the southern crossing of the Waiotauru swingbridge was followed with the long steady climb up Judd Ridge to Field hut for lunch then onto Kime hut. The weather was cool and damp with a good amount of wind and clag. Just a typical day in the Tararuas. Perfect for encouraging you to keep moving. About 5 hours to a rather full Kime hut. 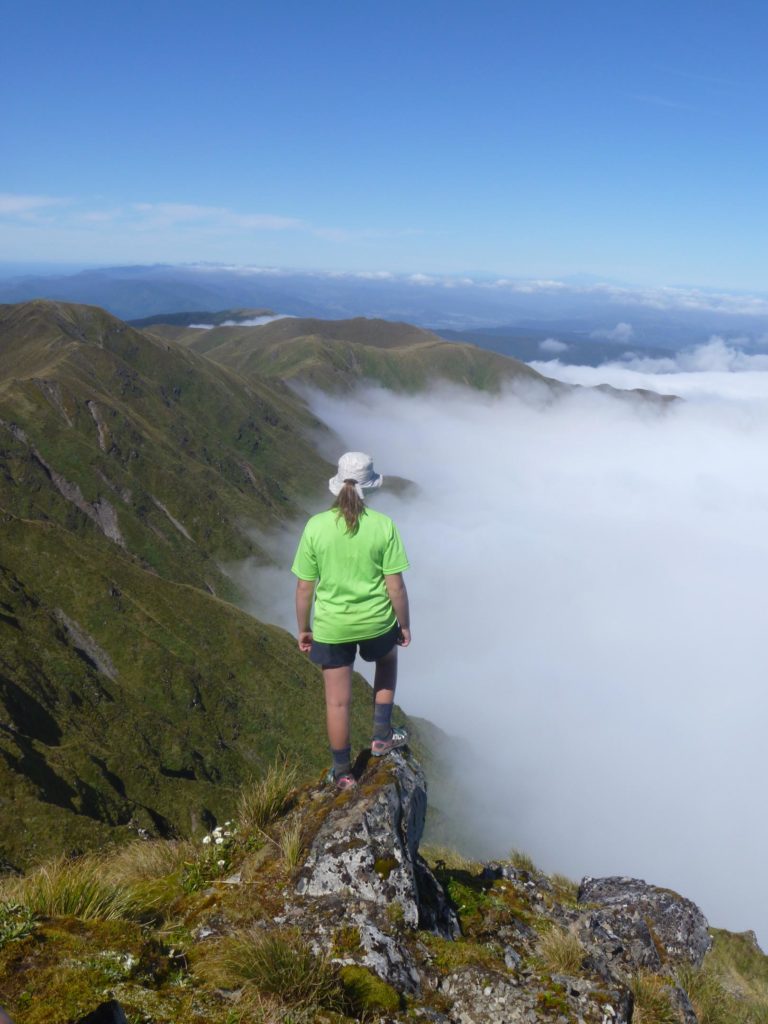 The weather cleared overnight into a sunny clear calm day, a unicorn day for the tops crossing to Alpha. We arrived at Hector fairly early on the morning, the cloud from the west butting up against the full length of the main range north, neatly dividing the Tararuas into two. Maps were pulled out, peaks identified and future trips planned. 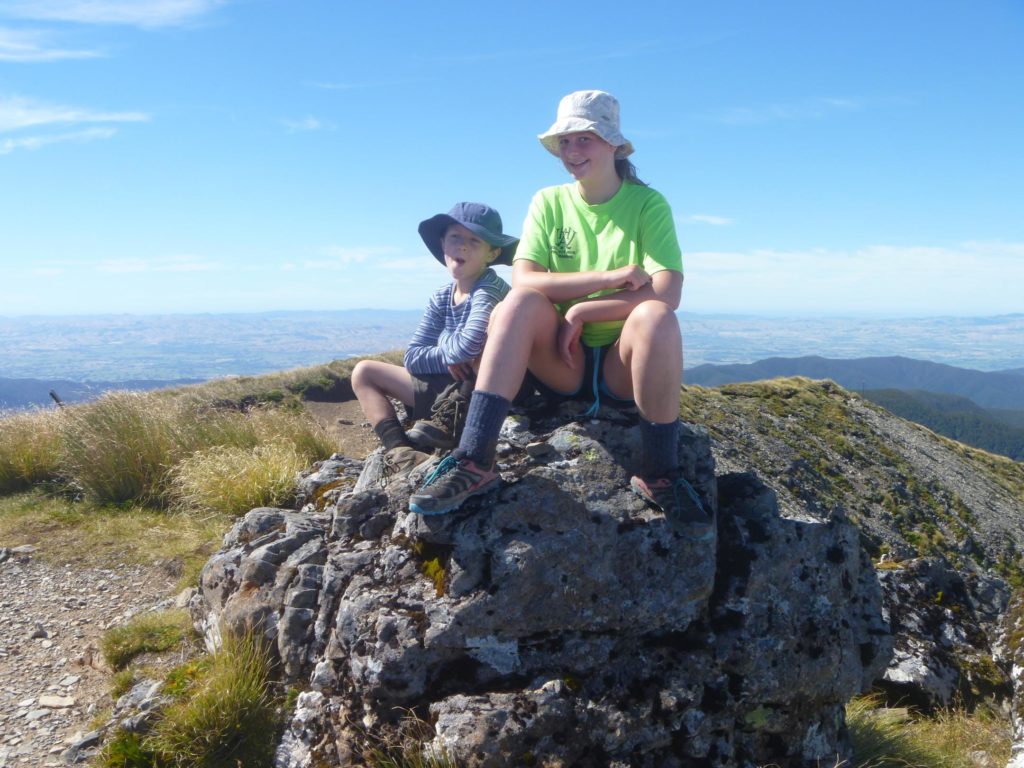 The rest of the day was a slow ramble over the tops, stopping frequently to enjoy the sun and views. About 4 or 5 hours of walking and several kilos of lollies and chocolate eaten over the course of the day. 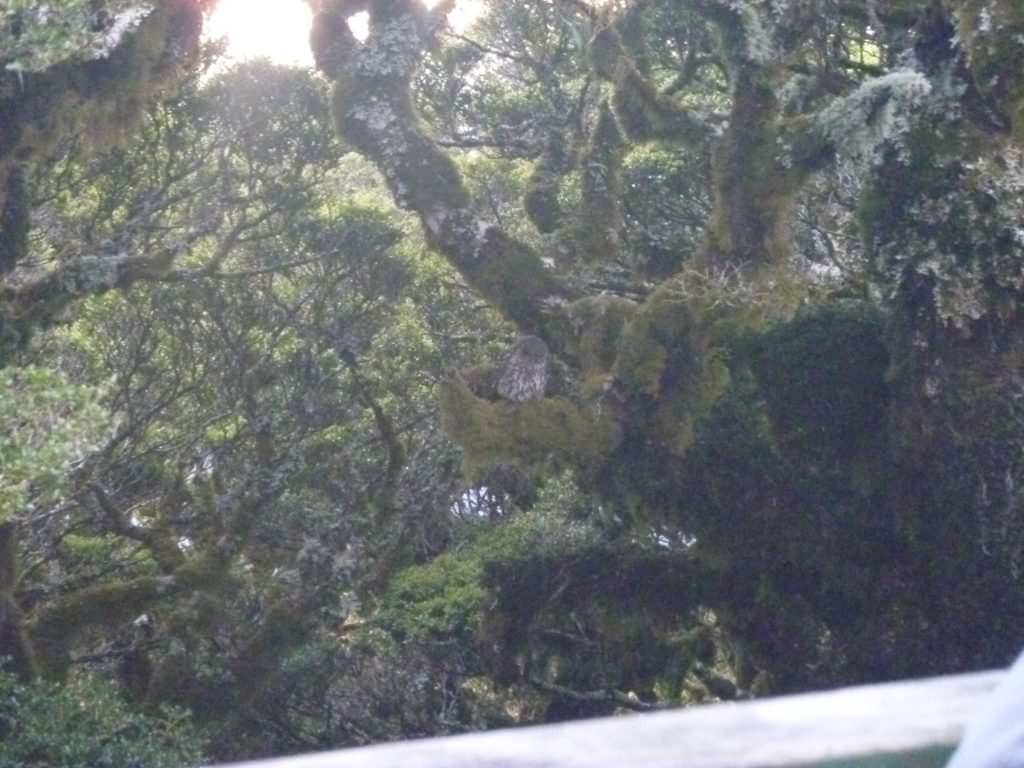 Alpha hut was also pretty full with parties arriving from all directions. The local hut warden (Ruru) kept watch from a nearby tree.

The forecast of severe gales for the Monday was unfortunately accurate and Marchant ridge always seems to have stretched a little longer each time I walk it. A very long and slow day’s walking among the lifting and dancing trees and we were very late coming out. Thanks to my wife Helen for waiting around at Kaitoke carpark and to llske the emergency contact person. There are a number of spots along Marchant ridge with reception so we were able to keep everyone informed of progress.