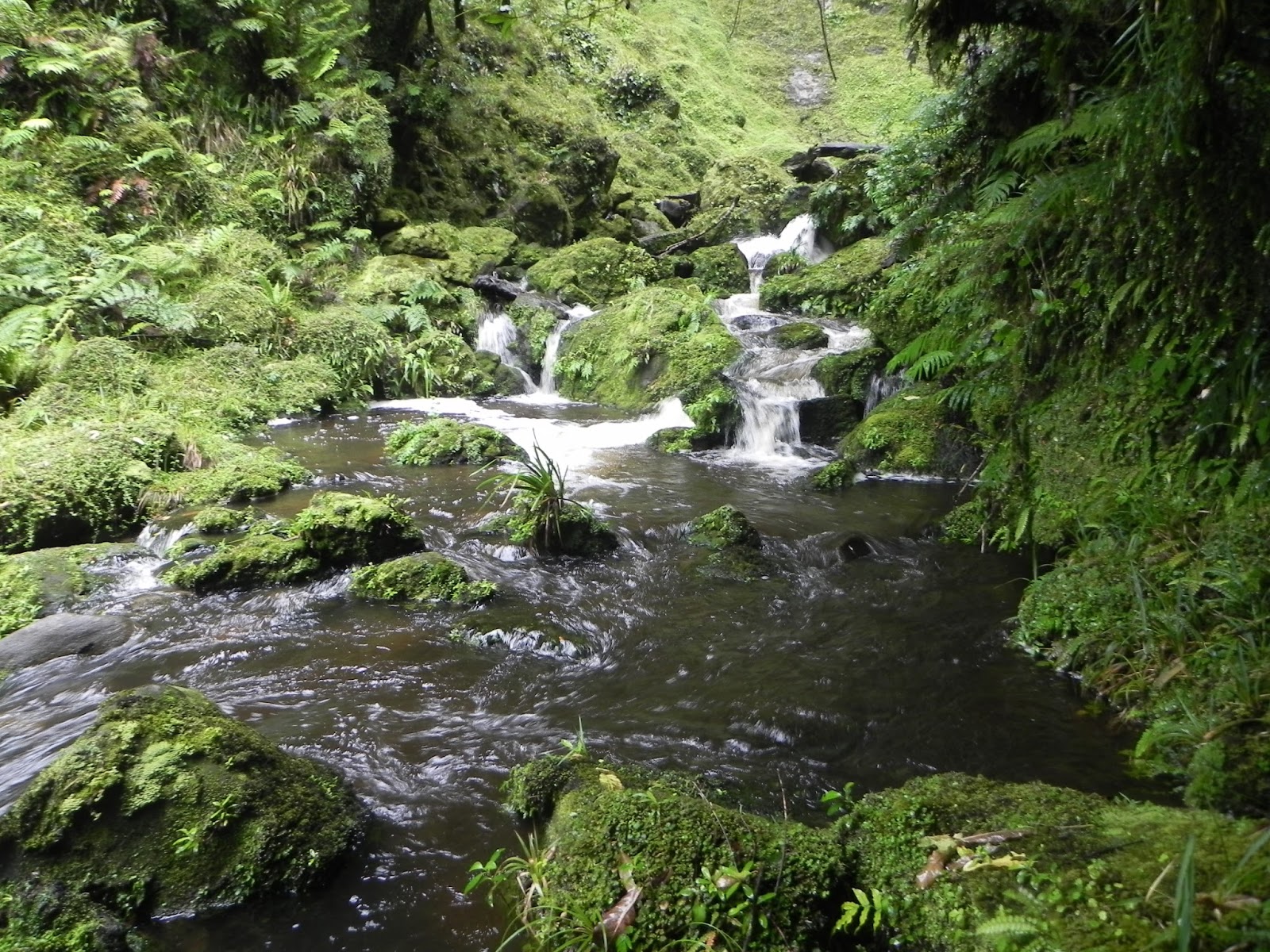 A full 24 of us piled into both vans to drive to the Lodge and scale Mt. Ruapehu, the highest peak on the North Island. We got there in time to catch the tail end of the “Tasman Tempest,” and thus were unable to ascend the peak. We did still, however, have a great weekend doing some shorter day hikes lower down, in and around the park. 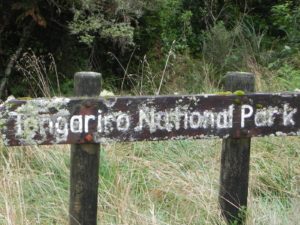 We split into three groups on Saturday with one group going off toward Tama Lakes, a couple people staying at the lodge to relax, and our group which drove down through the town of National Park to hike out to Tupapakurua Falls. I chose to do the falls hike because it was windy and rainy at the lodge where we were staying, and the track out to the Falls was lower down and more sheltered since it is in the bush. After looking at pictures and talking to the group that did the Tama Lakes hike though I’m a little sad that I didn’t to that one as it looked gorgeous! I will just have to go back; I do still have to summit Mt. Ruapehu after all and I still need to do the Tongariro Crossing… 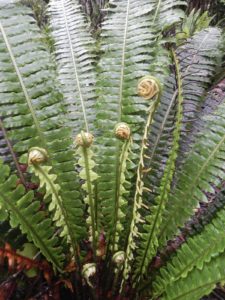 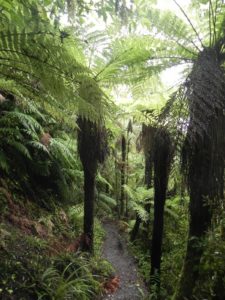 On the hike out to Tupapakurua Falls we were mostly out of the rain and wind, as the entire walk is in the bush. It is 11 km return to the Tupapakurua Falls Lookout, but we ended up scrambling down to the base of the waterfall, so it probably ended up closer to 14 km roundtrip. We were treated to good stands of tawa, mature rimu, miro, and totara, as well as gorgeous views of the falls. We also saw a North Island Robin and some Fantails.

The best part of the day though might have been when we got back to the lodge and were greeted at the door with hot, fresh scones! It doesn’t get much better than a hot scone and a cuppa after a long, rainy hike.

On Sunday we again split into two groups with one group heading up into the fog, rain, and wind to try to reach one of the glaciers on the side of Mt. Ruapehu and the other group heading down to do the Ohakune Old Coach Road.  I went with the latter. The Old Coach Road is 15 km if you go all of the way from Horopito to Ohakune. We were picked up at the Marshalls Road carpark instead of going all of the way into Ohakune so we ended up hiking about 12 km. 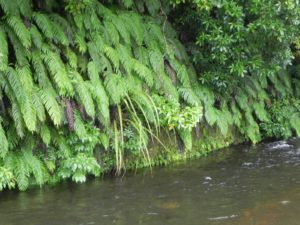 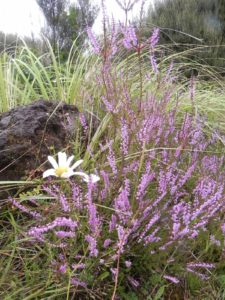 The Old Coach Road is also a National Cycle Trail, so it is graded very well and isn’t ever that steep. Unfortunately it is also wider than a standard trail, so we ended up getting rained on for the majority of the hike. Part way along the track I realized that I had an umbrella in my backpack. By the end of the hike I was nice and dry while everyone else was drenched to the bone; I might consider taking an umbrella hiking more often… 🙂

We went by both the Taonui and Hapuawhenua Viaducts. The Old Coach Road was historically used to connect the two rail heads between 1906 and 1908 before the railway was completed and the Hapuawhenua Viaduct was one of the final components of the North Island Main Trunk Railway. The track is supposed to provide sweeping vistas of the surrounding countryside but, given the rain and low clouds that we had, we did not experience those views.

One thing with planning club trips months in advance is that the kind of weather you’re going to end up with is a lottery, and, since there are club trips every weekend, rescheduling isn’t really an option. Had it been an independent trip (i.e. – not with the club), I doubt that I would have gone given the weather forecast – but I’m really glad that we ended up going because we had a really good time.  Sometimes it’s good to have to go rain, hail, fog or shine!