We went up to Alice Nash Memorial Heritage Lodge for the night. Very nice and tidy hut about half an hour from the road end. We were joined by two hunters who camped outside on the deck and carried in a full load of beers! 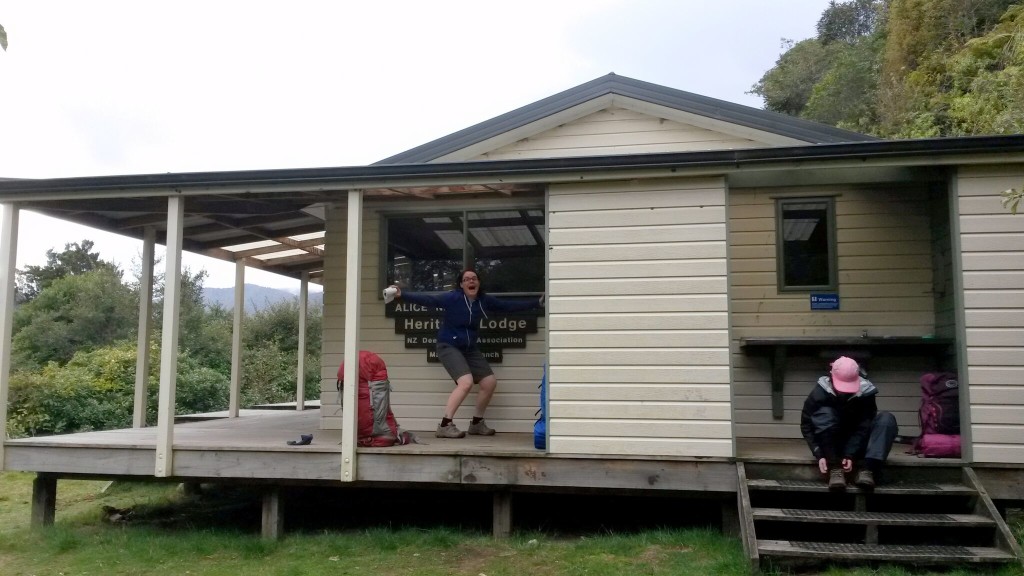 On Saturday occasional fine breaks with high clouds and clagged in tops ruled out taking the tops route via Tunupo. The river sidle track was it! The hunters warned us the track was a bit up and down, and on the map there were two steep decent/ascents of about 100m each to Cumberland and Tunupo creeks. The track was reasonably straightforward and passed through quite spacious beech forest. It was almost reminiscent of some tracks in the top of the South Island (Kahurangi, Nelson Lakes etc.). We set a fairly leisurely pace and got to Iron Gate hut in just 3.5 hours. A far cry from the 4-5 hours track time we’ve seen reported elsewhere. 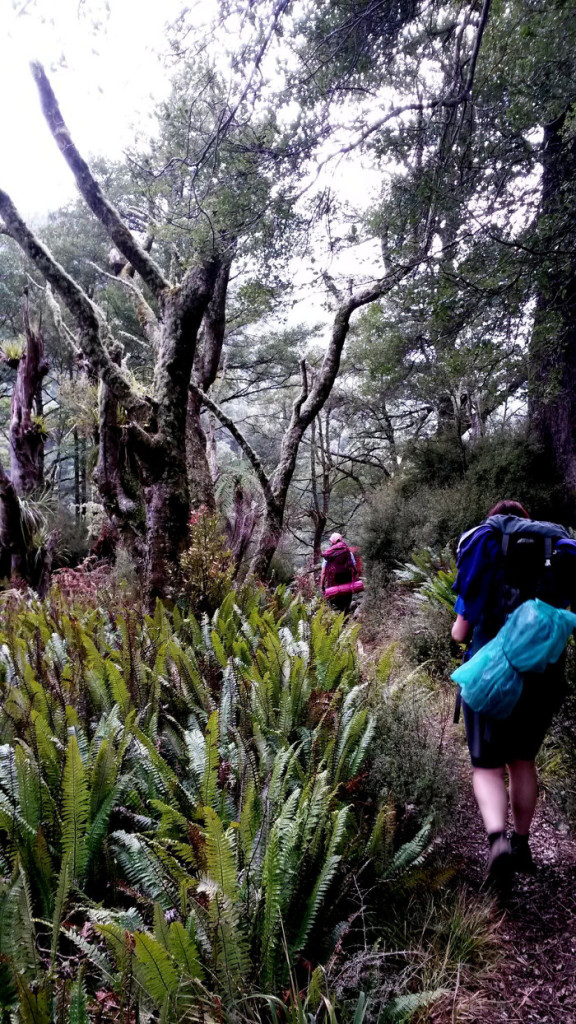 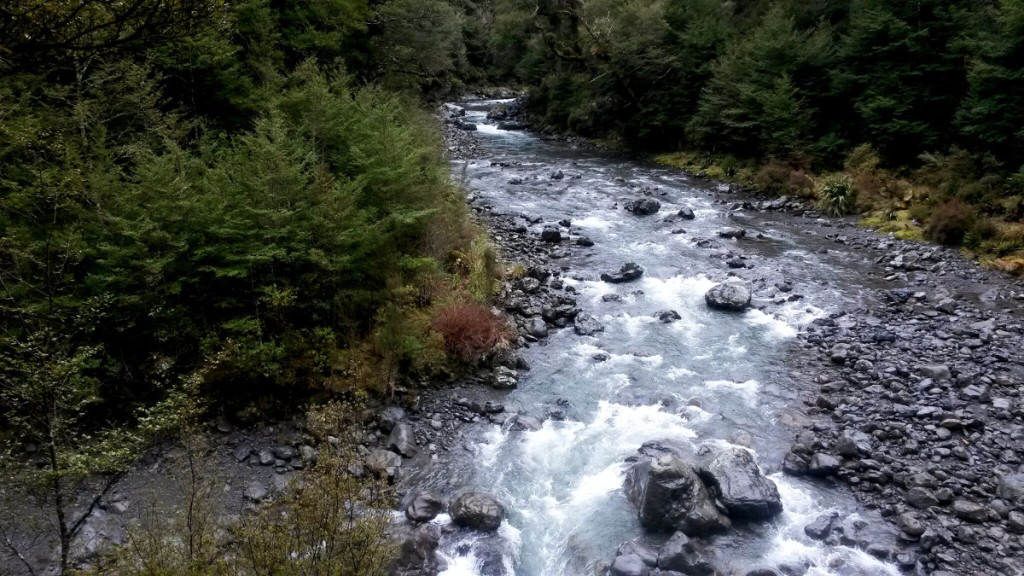 Iron Gate is a “modified NZFS70” Hut with the bunks arranged in two platforms at the end of the hut (4 on the bottom 3 on the top) this makes the hut sleep one more than a standard NZFS70 hut and leaves much more for a living area. The hut also had a great selection of reading materials with FMC Bulletins, National Geographic magazines and a couple of issues of the always hilarious ‘Antics from the Otago Uni Tramping Club’. 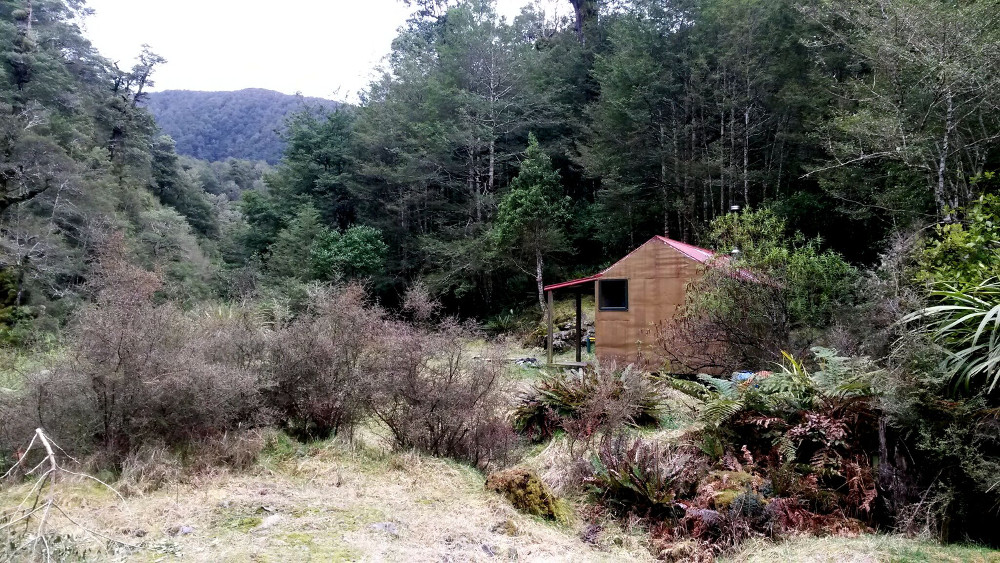 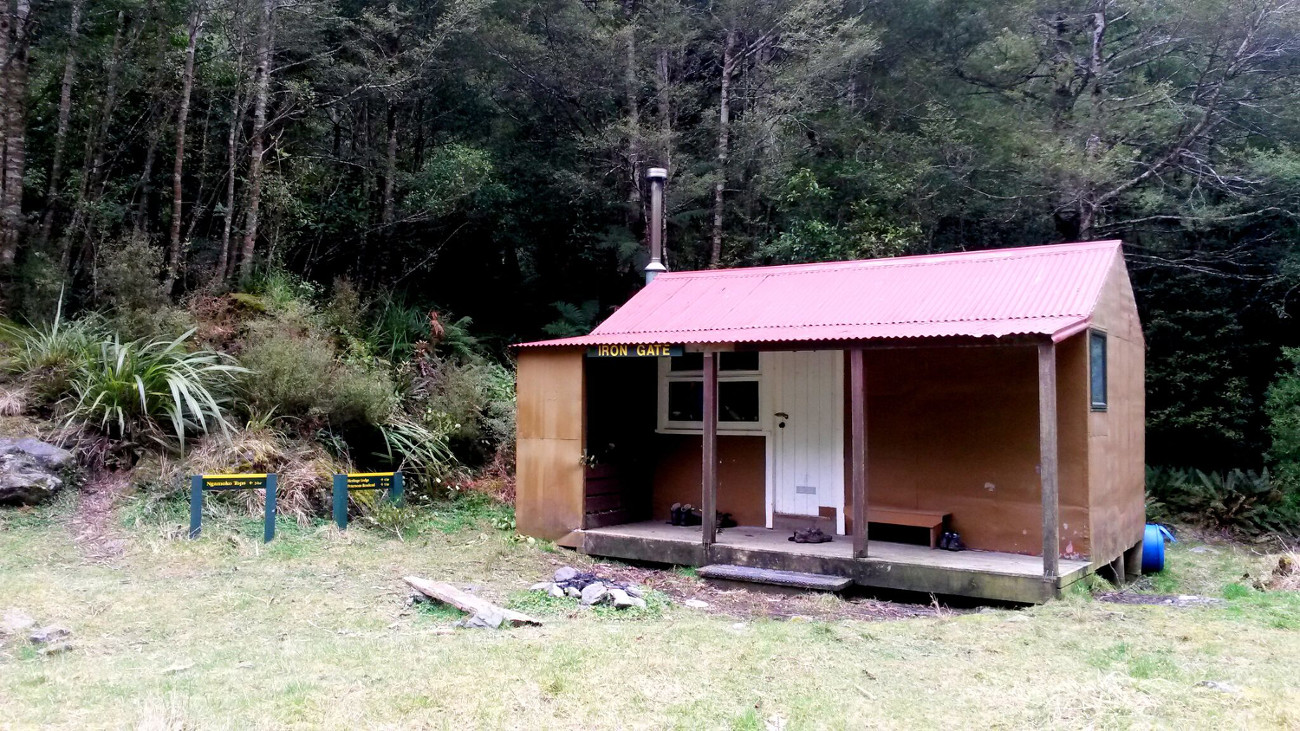 I proceeded to get a brew on and have a nap, while the rest of the crew set out to play cards and then try to get the fire going. The general dampness meant the fire didn’t really catch. Green thai curry and and early bed was on the cards.

On Sunday we had a leisurely wakeup and the tops being still clagged in we set back on the river sidle track. We got to Alice Nash in good time (just over 3 hours, somehow travel back from Iron Gate felt a bit easier) and had lunch there, and set for an early drive to Wellington. When we got to the carpark the skies cleared and we could see Tunupo, the tops and Mt Ruapehu. Being caught in traffic meant that we didn’t get to Wellington until about 6pm, ah well!