The trip was originally planned as a navigation trip to Alpha hut via the Quoin Ridge, and then returning via the Eastern Hut river. Amanda’s initial email warned that this would likely be at the upper end of the medium grade with two longish days of up to nine hours.

In the end there five of us who set of from the railway station on Saturday morning at 7am along with the 2-person EM group.

Probably because of the lack of traffic at 7am on a Saturday morning, we started off along the 4 wheel drive track at 7:50am. 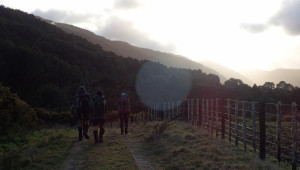 The forecast for the weekend was for strong winds, not ideal for the stretch along the Quoin Ridge to Alpha, so when we got to the top of the four wheel drive track, Amanda recommended that we switch to Plan B as the forecast was proving correct.

Plan B involved navigating up to the Marchant Ridge from the Easter Hutt river, then following the track up the Block VI track, dropping down to the Tauherenikau river and then heading to Tutuwai hut for the night (where the EM group were going).

So, after crossing the river at the end of the track that goes a short way up the Eastern Hutt, we started the navigation part of the trip. The start of the climb was a bit steep but relatively free of vegetation, and got a bit easier when we came across a number of traps and an informal track.

After stopping for lunch at point 790, the rest of the route up to the Marchant Ridge looked pretty straight forward, with only around 1 km and only a couple of hundred metres of ascent to go. 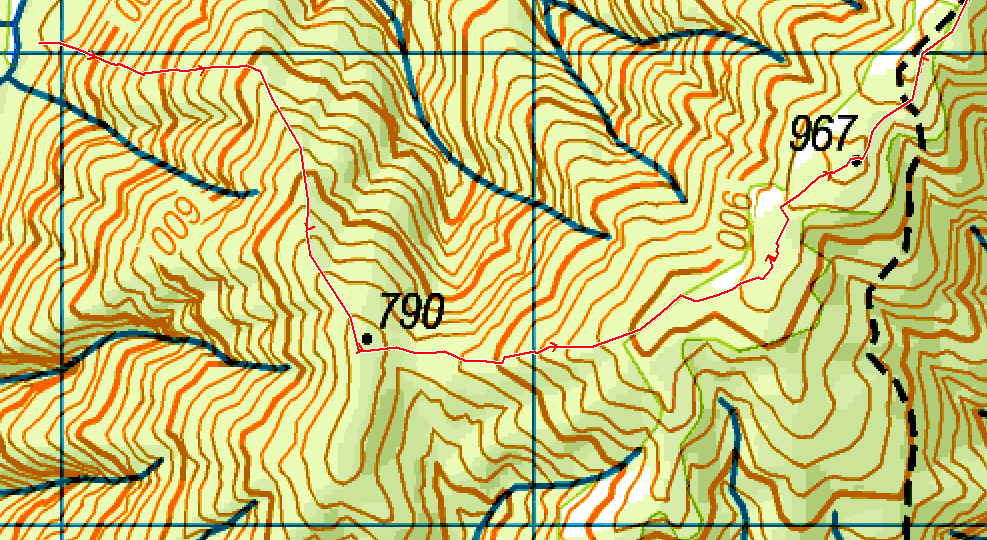 However, the last 500 metres leading up to the track was through dense re-generating scrub, with patches of bush lawyer, so defined the term bush-bashing. But everyone was still smiling when we did get to the track. 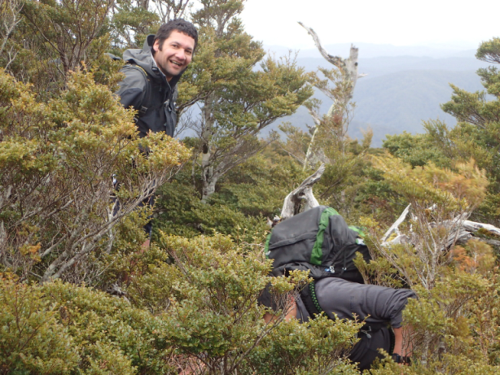 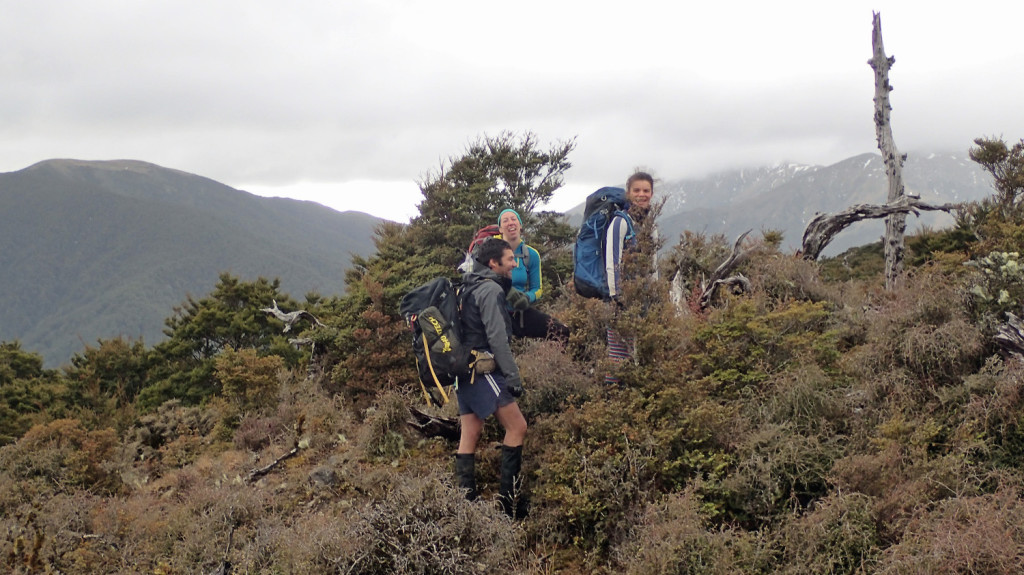 Despite, Amanda initially sending Michael and Simon down the track towards Kaitoke, this was quickly rectified we were soon heading the right way north along the track. There was the odd patch of snow, and the decision go to plan B proved to be a good one, as there was quite a bit of cloud, wind and rain.

The next few hours along the Marchant Ridge track, and then down the Block VI track were pretty straightforward, broken up by the occasional short snack stop.

It was starting to get dark when we got down to the Tauherenikau river. After doing a proper river crossing, it took a few minutes in the gathering darkness to find the Tutuwai track, and then about 1/2 hour walk up to the hut, where we arrived at 6:40pm.

Everyone was looking forward to arriving at the hut where the fire would be going so we could warm up and dry out gear. However, this wasn’t actually the case but was soon rectified by Richard.

After enjoying a nice dinner of spicy rice and lentils in front of by-now roaring fire, everyone was in their sleeping bags in good time that night.

The advantage of heading to Tutawai meant that it was a relatively short walk out on Sunday, which allowed for a civilised start to the morning.

We set off from the hut at a leisurely 9:30am, and enjoyed a pleasant walk in the sun along the Tauherenikau track down to Smith Creek Shelter, where we had lunch down on the river bank. 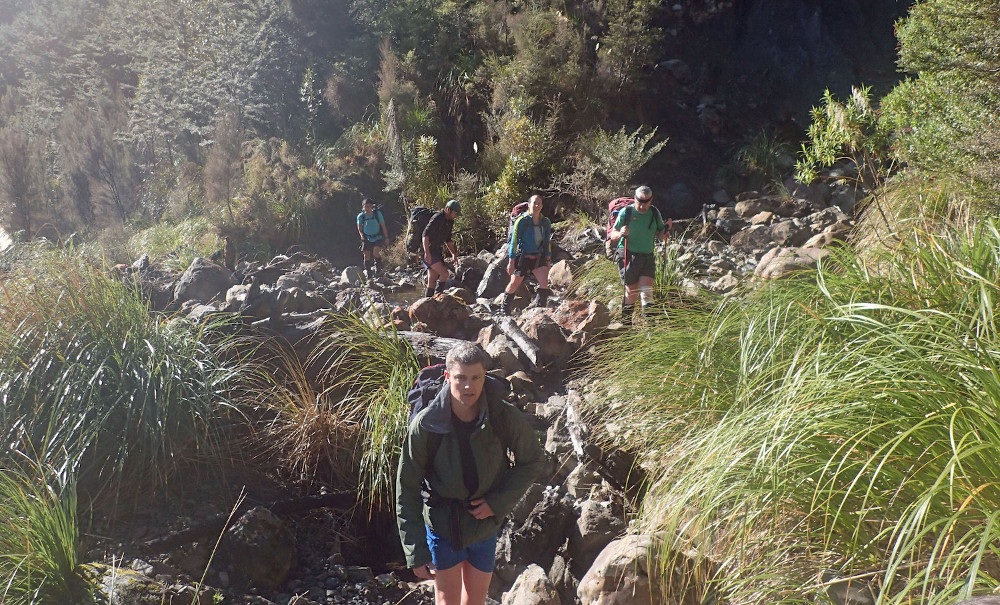 After lunch it was a relatively short walk along the Dobson Loop track back to the van at Kaitoke, and we were back in Wellington by mid-afternoon.

Thanks to everyone for making it another very enjoyable WTMC tramp, and thanks Amanda for leading.