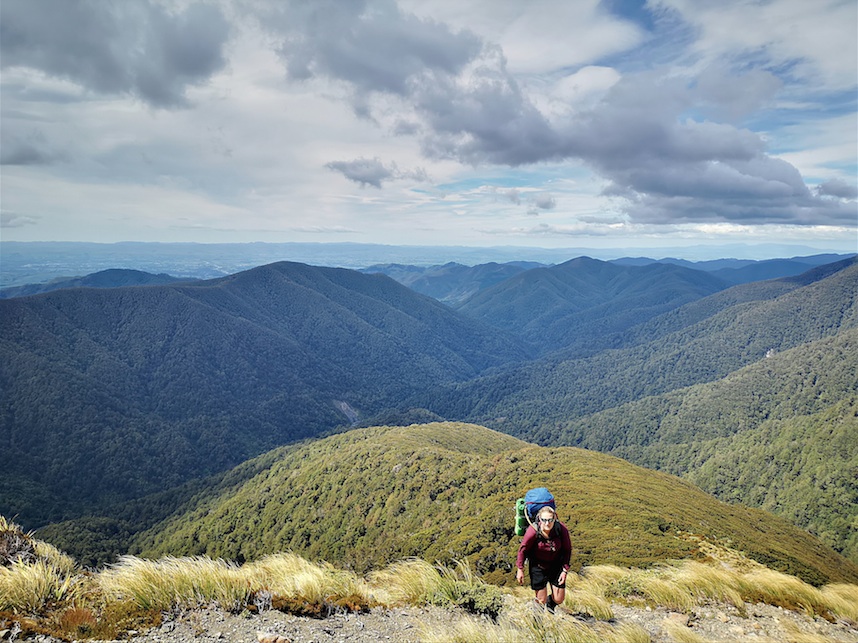 The EM and MF groups arrived at the Pines Road-end on Friday at 830pm and walked in to Mitre Flats Hut. The track was OK but there was lots of fallen trees which made the going a bit slower. We got to the hut at 11:30pm and tried to get a sleeping spot as quietly as possible as there were a few people in the hut.

The next morning, after brekky and tea we were all ready to go and one of the EM group suggested the MF group better get going otherwise the EM group would beat them up to Mitre Peak!

There were a few options from Mitre Peak, depending on how the group felt and weather. One suggestion was Tarn Ridge, the other was Cow Creek and the last was what the trip was down as – up to the top and down again to Mitre Flats.

The going was good and we were soon at the bush line. We rearranged our gear to have jackets and gloves handy as the cold dark clouds were racing across the tops.

It was soon clear that the wind was too strong and it would be uncomfortable to travel on the tops for an extended period of time. We had lunch on one of the saddles near the top and left out packs there to summit the Peak.

Without packs we zoomed the last bit, and with the low cloud coming and going, we could occasionally see Dorset Ridge Hut from the top of Mitre Peak. We lay in the grass on the lea side completely out of the wind for about half an hour (some of us may have fallen asleep) looking towards the sunny Wairarapa and listening to the roar of the wind to the sides and above us. 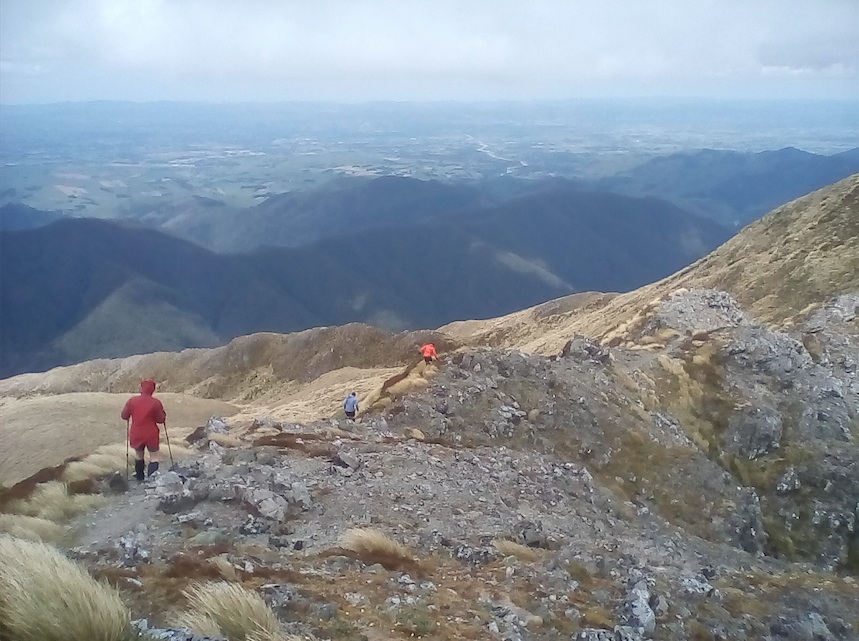 The walk down didn’t take long and some in the group had so much energy left they decided to do a summersault (with pack on) as we approached Mitre Flats Hut.

We had an awesome spread of pre-dinner snacks which we had whilst socialising with others in the hut and playing cards.

Dinner and dessert was very satisfying after a great day with good company.