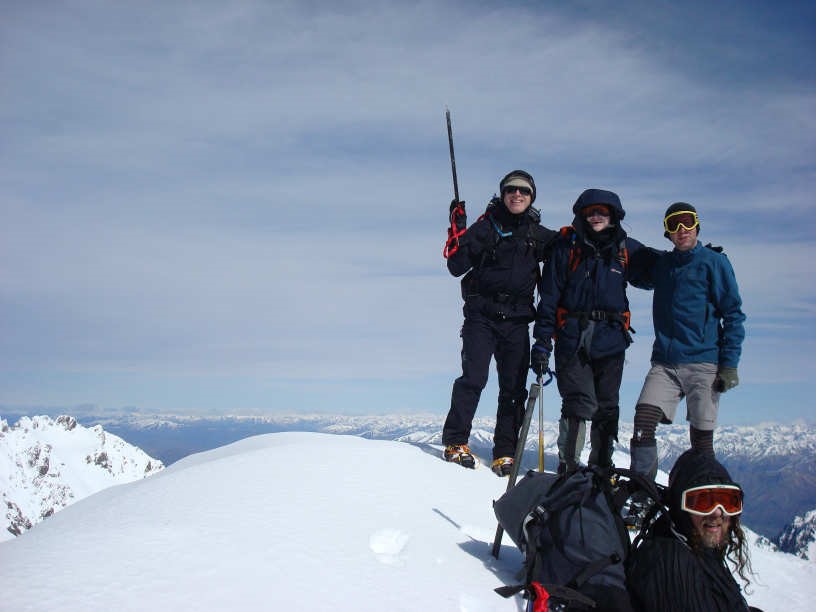 The journey to Mt. Tappy is one of the highlights of the WTMC winter schedule and this year was no exception.

The trip got off to a poor start from a punctuality viewpoint as we arrived into Picton 90 mins late at half past midnight. The ferry staff put on free fish n chips to make up for the late departure and getting to the Hodder Rd end at half two in the morning is all part of the experience I guess.

A few hours later (i.e. sunrise – not a cloud in the sky ☺ ) we slowly got things underway with breakfast, packing up the tents and checking we had our crampons, ice axe etc safely stowed in packs. Our warm up was the 3km farm stroll to the start of the Hodder River.

The river level was up compared to what I’ve seen in the past few years reflecting recent rain fall and high snow melt. This led to a few challenging crossings while we each sized the river up. We had a team huddle before continuing any further and I asked if everyone was happy continuing on remembering that we had another 57+ crossings to go. Harry said that he’d seen it like this before and that it was doable plus the weather and time were on our side so we continued and found that the crossings were much more comfortable linked in 3s. Not the usual tranquil river but still good fun and we reached the huts about an hour shy of nightfall – a chorizo pasta meal for dinner and then early night before the half four alarm. The six of us were well housed in the Tararua Hut (The first of the two huts built on the site – now maintained by the Marlborough TC).

Fast forward 7 hours (and a whole load of snoring) to the wake up call. A quick brew and breakfast and we were off – head lamps on and anticipation growing of the snow conditions and the climb ahead. Five minutes south of the hut the track involves negotiating a trail made in the extensive scree that slopes steeply down into the Hodder River – this is much easier on the return journey in the daylight a point proved by two of the team who had difficulty navigating when their torches started failing.

Mt Alarm at the head of the Staircase Creek basin looked impressive bathed in the early morning light. Up and around the corner to the left the first big slope comes into view and is soon felt by the legs as the slope steepens. We had put on our crampons about an hour earlier and the conditions were good for the climb. Near the top the wind picked up and the temperature dropped – not a place to stay in one spot for too long. The summit ridge isn’t too far now though when we got there I didn’t recognise it at first as the amount of snow had changed the ridgeline I was expecting. With the top of Tappy in sight one of the team decided to turn back … a respectable thing to do if not comfortable with the ridge climb ahead. The rest of us pushed on and were at the top about a half hour later. What a view – Kapiti Island and the lower NI ahead to the northwest, the Clarence River to the east and a crystal clear Seaward Kaikoura range beyond with the southwest view dominated by snowy mountain tops. 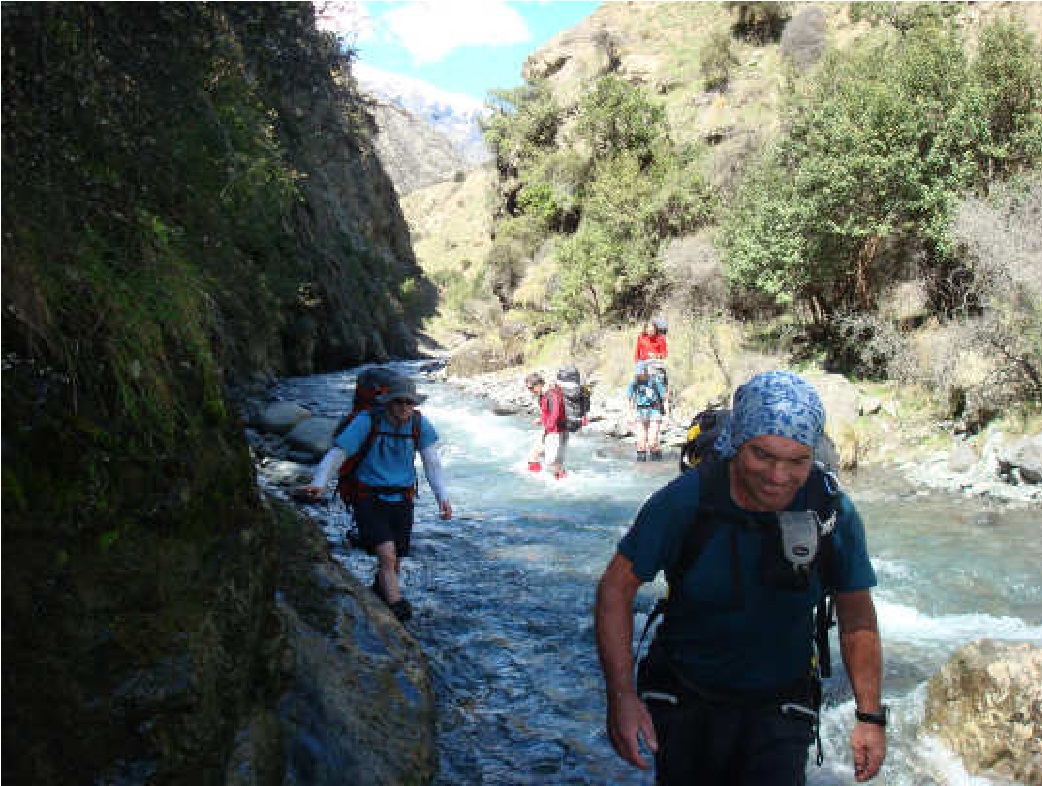 We had about half an hour enjoying the summit before descending the northern slopes and looping back around down into Staircase Creek basin. Back to the hut for a well earned meal & sleep before the journey back to the van & home on Sunday (via a much lower Hodder River)

Thanks to the team for a great long weekend. Roll on Mt Tappy 2011!