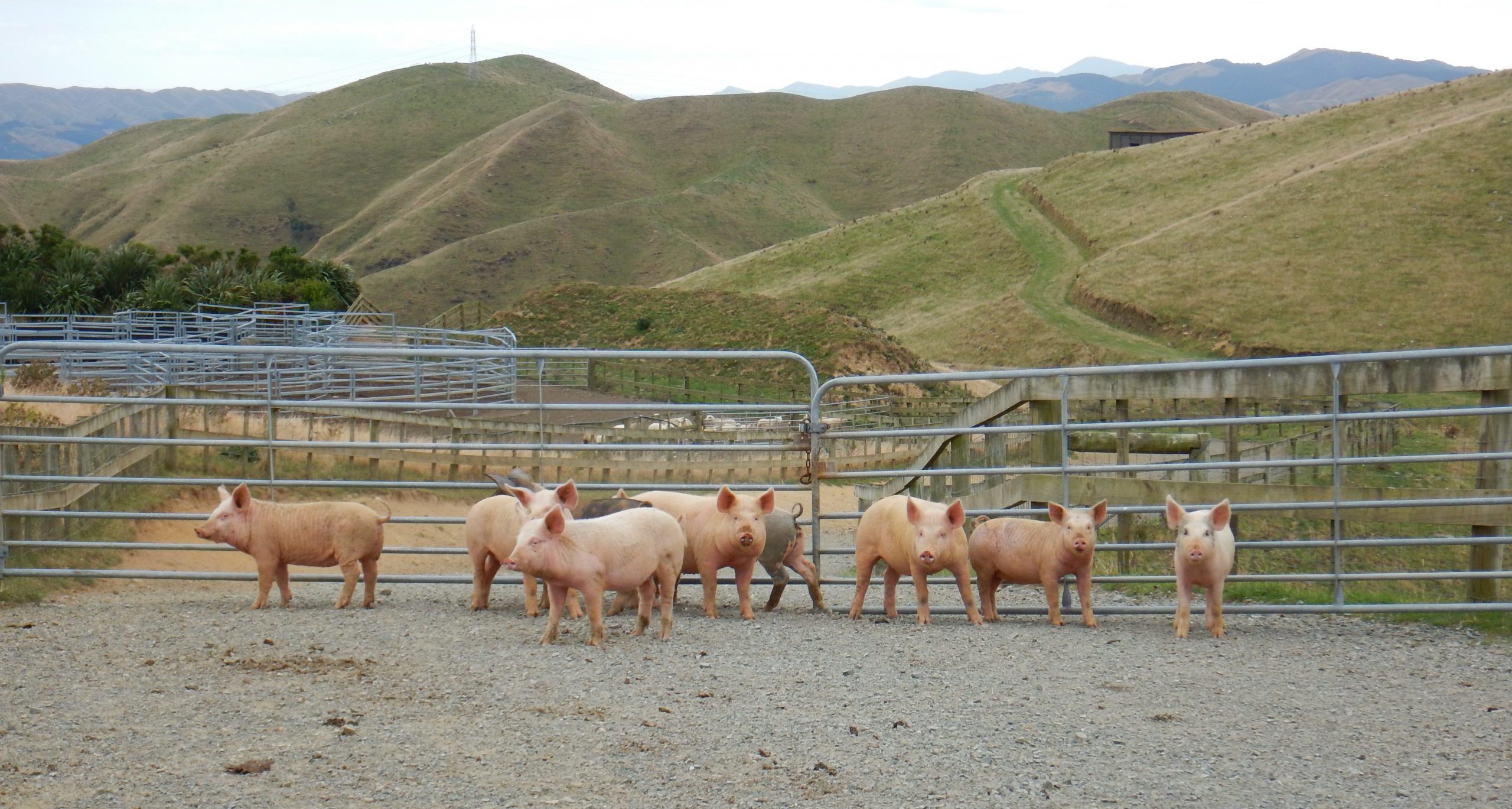 Belmont Regional Park is one of my favourite places in the Wellington area. The Park has plenty of tracks and is easily accessible by public transport. The Puke Ariki Traverse travels the length of the Park from the Dry Creek entrance to Cornish Street in Petone. The total length is about 24km.

Polly and I met on the train and got off at Manor Park station. It’s a short walk from the station to the start of the track and we started walking just before 9am. We had ideal conditions for walking – not too hot, some cloud and only a gentle breeze.

As we ascended up to Boulder Hill we started to get good views of the upper Hutt valley, Whitby, Porirua and up to Kapiti Island in the distance. The Tararua range was covered in cloud (so no real surprise there). We had morning tea at Boulder Hill. We could see part of our route and after a short break kept going. The track was a bit vague in places and we had to avoid cows at times. We saw only one other person in this northern part of the Park.

During the Second World War lots of concrete ammunition storage buildings were built in this area. These are still standing and are quite interesting to look inside. It is possible to walk through some of them. Most of these buildings are empty but a few are used for storage for the farm that is in this part of the Park. One of the concrete buildings is also part of a natural gas piping complex.

As we walked through the farm we came across a group of farm pigs who were trotting along. I had never before seen a group of pigs trotting along in a group. They were quite friendly and provided us with some amusement for a while. We tried to think of the proper name to describe a group of pigs. We discussed various words such as a gang or flock or herd but none of these sounded correct. Later research on the internet showed that the correct term is a drift or drive for young pigs or a sounder or team for older pigs.

As we walked along the track we had wide ranging discussions on subjects such as deep fried Mars bars, deep fried pizza, Shakespeare, schools, dictators, football and rugby.

The high ridges of Belmont Regional Park are exposed to the weather but there are great views. From some places we could see over to Wellington city and down to the South Island. We could also see our route around to the high point of Belmont Trig. We had lunch at the Trig and then back-tracked slightly. We took a longer route that meant we could go through the bush at the top end of the Korokoro Stream valley. There is some nice bush in this area of the Park and the stream is lovely.

We stopped off at the old upper Korokoro dam. There were other people here enjoying the day. We had only seen a few other people up to this point. Korokoro dam originally provided some water for the Wellington region but has not been used for this purpose for many years.

We had an easy walk down the valley and past the lower dam. We got to Cornish Street and then Petone station at about 3.45pm and took train and bus back home. We had a fine day of walking, exercise, fresh-air, views and not seeing many other people and all on our doorstep. Thanks to Polly for being such good company.