A eager team of 10 set off on the 6:30 pm sailing on calm waters to Picton. A quick getaway in the van saw us at our DOC Kowhai Point campsite for the first night’s sleep.

After breakfast under clear skies we set off on the 4-wheel drive gravel road to the start of our route along side Connor’s Creek to Begley Hut. The road runs from Rainbow through to Hanmer and is  approximately 112 km on private land that has a ‘user’ fee of $25.

The day was sunny and clear and it made for a hot tramp through tussock and spaniard grass to the saddle at1,800 m, and the rewarding views of the St Arnaud Range in Nelson Lakes National Park. Then down the scree and along the creek to the old forestry hut, around 16 km from the van. 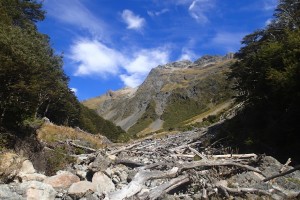 We decided to get up early and avoid the front of bad weather due that afternoon and we set off at 7 am towards the summit of Mt Chittenden at 2,205 m.

We accessed it from the west face via a scrubby gully of scree and tussock grass into a basin and then attempted to make the top only to be beaten by high winds and poor visibility and a mere 50 m from the summit…next time! 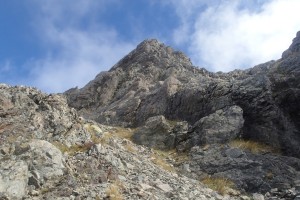 Somewhat wet we returned to the hut and lit the fire to dry off our clothes. We had a lovely relaxing afternoon followed by a noodle feast and lots of chocolate and then an early night. We woke to a clear day and a frost on the ground….and three damp tents!

The plan now was to head over the saddle and summit Mt Cotterall at 2,106 m, then camp alongside the Hamilton river and head out Monday morning to meet Paul and his crew. 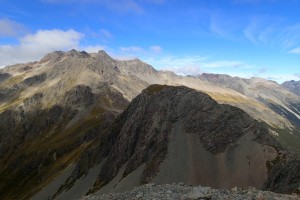 Setting off back up the river we headed towards the peak and up the rocky face towards the saddle….some two hours from the hut

We left our packs at the saddle and in warm still conditions we headed toward the summit over rocks and boulders. We had super views looking down on Travers valley and Lake Rotoiti …until the mist rolled in. Pictures were taken and then time to head down for lunch. 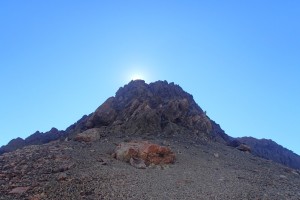 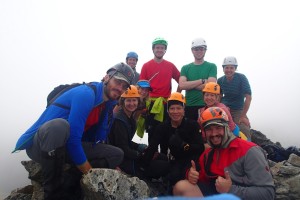 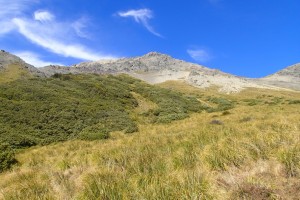 An easy jaunt out Monday morning alongside Hamilton Creek to the road end. Paul emerged around 11 am which meant we were able to get the 2:30 pm sailing back to Wellington…hurrah.

Lashings of fun and good company. Thanks to our leader for a rewarding few days away,