I saw the trip on the planning schedule and asked David about it—being generally curious about any Tararua epic close to the wilder side of things. This revealed it was a trip David was really keen to do. My advice was therefore stick to the A-team folk to be sure it’d get done and avoid people such as me who would be baggage. I knew I had no chance to do such a trip myself without guys like David to show the way, but why should I limit their opportunities at the same time? But David thought I should come along—and so as it has happened before, I found myself off on a trip I’d never thought I’d get to do.

After a night in Herapai Hut we took off the next morning to the East-West Peak saddle where the descent to Chamberlain Creek begins. Mike found a very good route down into the start of the creek. Tony had a bad start after taking on the leatherwood and rocks and coming off second best, but we patched him up and soon got to the first abseil. Not a big one at all, but nonetheless time to gear up before going past the point of no return. It was all fun and excited anticipation as the real adventure was about to start. We all knew—although no one was worried about—that we’d be committed from this point now to continue through to the end. 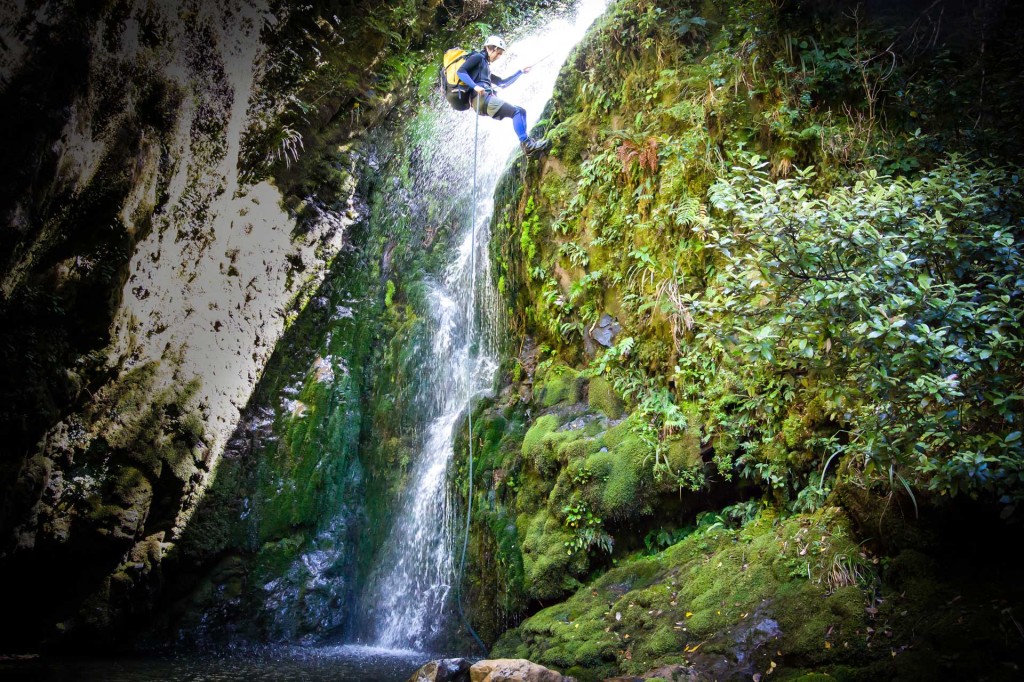 The second abseil was a magical descent through a waterfall and moss garden in to a waist deep pool. 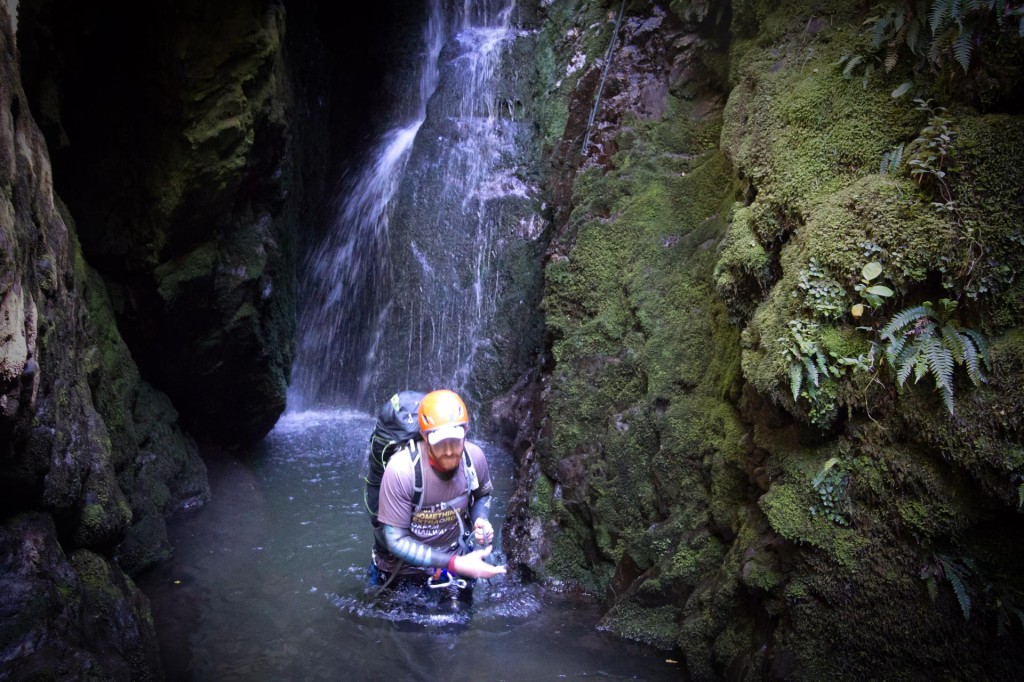 And then the fourth into a chasm-like chamber with a swim at the bottom. 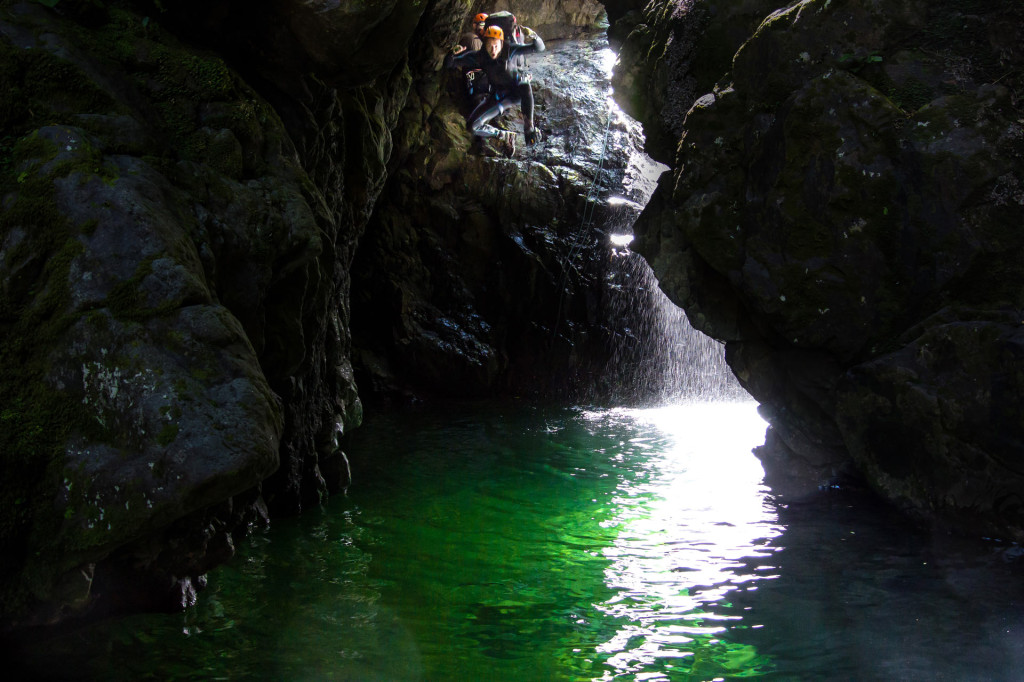 The travel between was standard creek bouldering travel but somehow it also had a sense of being in a very wild place. I was so busy trying to not be too bad in the ‘baggage’ department I only had a secondary sense of the beauty of the place I was travelling through. I had to do my best to not cause delay and so no time to pause and reflect. 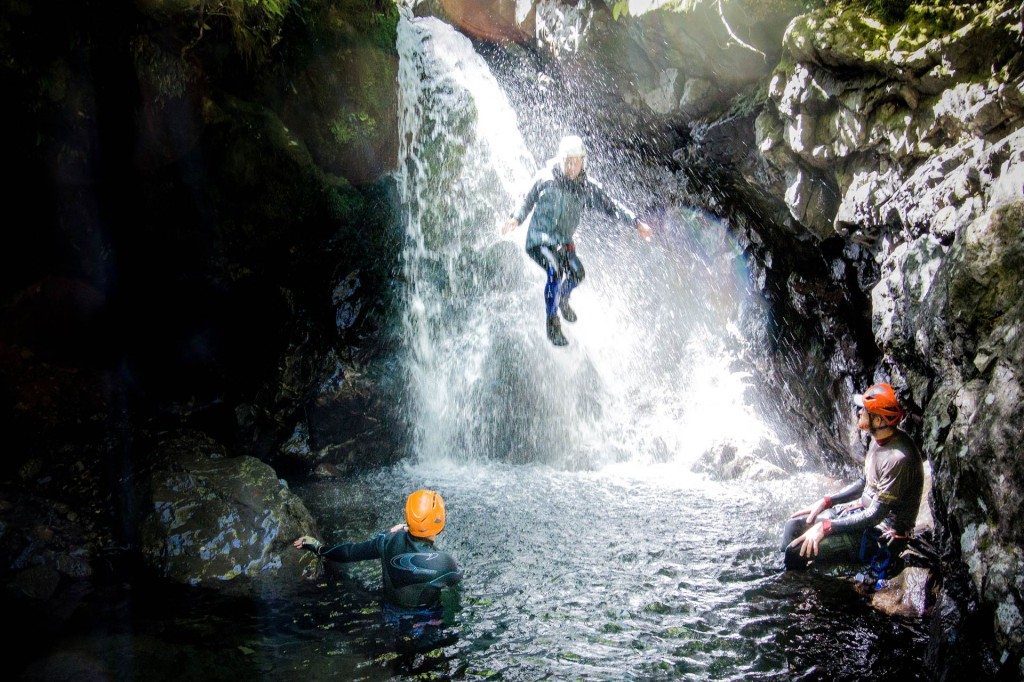 The boys all seemed to be having a marvelous time travelling down the creek and solving the abseil problems as we came across them and doing ‘bombs’ into the bigger pools. It felt like I was in a ‘boys own adventure’, but in the very best sense. I recall one place where the guys all high-jumped into a pool and I couldn’t face that, and so they set up the rope for me to abseil without any eye rolling at all. And while I was abseiling down, Mike climbed back up to take in another jump. It was all very entertaining. 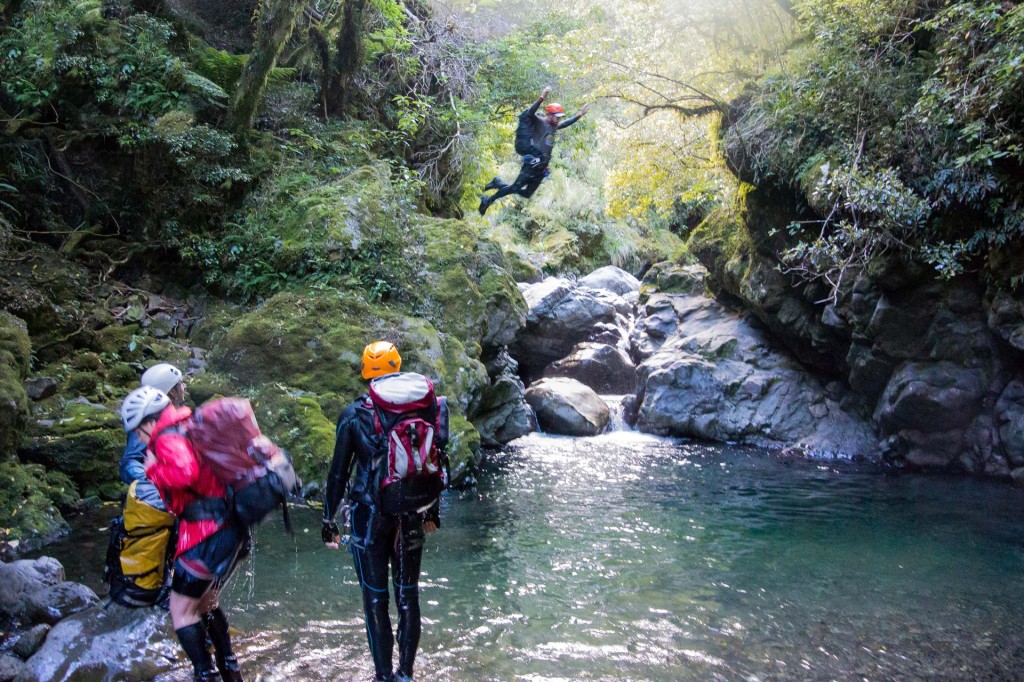 When we got to the end of Chamberlain Creek at the junction with the Ruamahanga River Tony suggested camping out as I think he could see how tired I was getting. But really we were all keen to go on to Roaring Stag Hut as we knew it should be okay as long as we got past the swims in the river before dark. That turned out no problem at all and I was last to stagger into the hut just a bit after dark. It was good to get to the hut as it made drying things out easy. 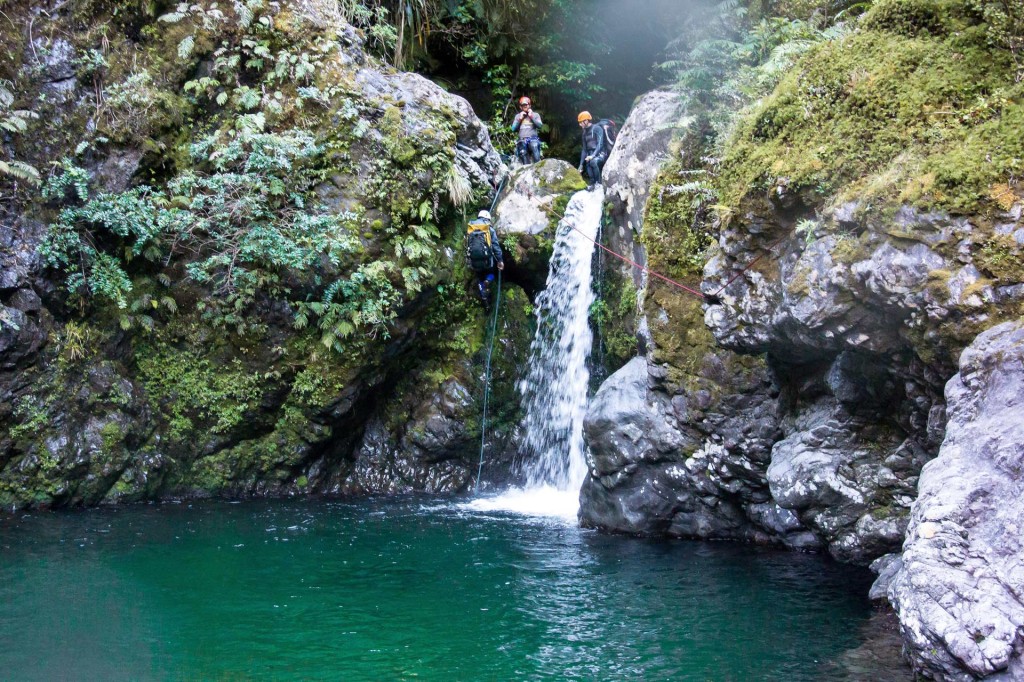 Thanks to David for all the trip logistics, especially around the rope techniques and the guys for being great fun and for the patience shown to me.