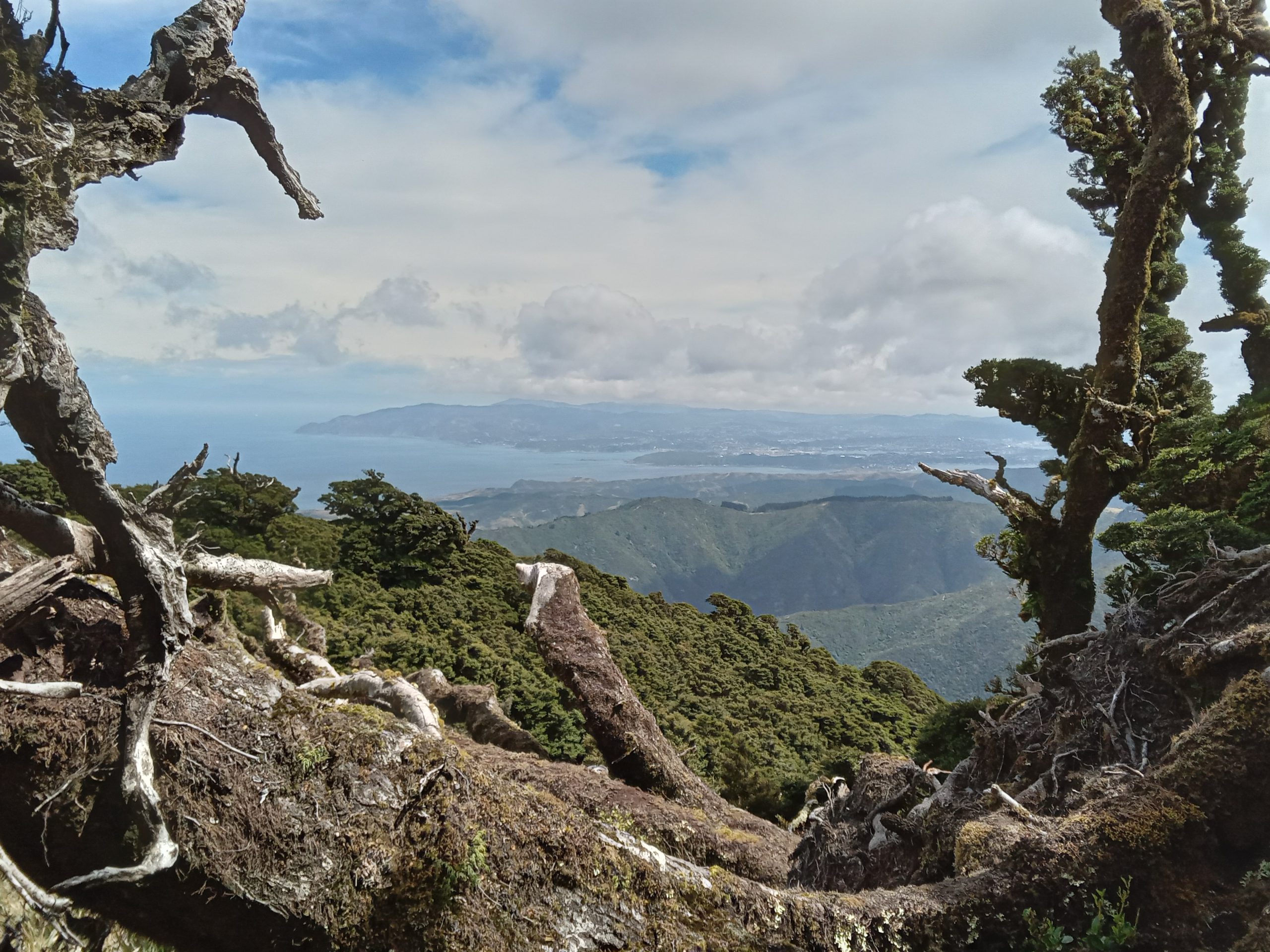 We set off on Friday evening together with the other group doing the Mukamuka. It is good to get to  Paua hut Friday, so you can make an early start on Saturday.

As the combined groups were 14 people, I asked a few that we should camp outside Paua Hut, which  was taken up by 3 of us.

After hot drinks and chatting, it was decided that 730am was the time we would start – tough bikkies for for Tonys Stephens’ group who we woke making breakfast, as they said they would slide out of bed at 9am.

On Saturday, we were all ready to go at 730am, so up Paua Spur to high point Tapokopoko. Years ago when I first went up here, there were a few markers put up haphazardly by several individuals, but today, there was a trap-line to follow!

The weather was supposed to pack in late Sat, so I was hopeful we would be back in the hut before the rain. It it was great when we set off, but got cold and misty as we reached the top.

After a quick break at the top, and a crash course on compass use, we set off along the ridge. We learned that it is good to have more than one compass and reading as compasses can be off or broken.

Again here, before I knew it, there were trap line markers – it is great in one sense but a bit off-putting when you want to navigate.

The going was good as we could just walk under the trees, out of the wind and no nasty bush to whack. Aimee had read my previous trip report, so she was aware that there were tricky bits to come. She was also wanting to beat the time we took last time.

After taking a few more bearings, we made our way across the ridge and the easy walking soon turned to denser bush, “hedge walls” of tightly grown shrubs with sharp interlocking branches and  flax hills where you just had to grab and power through until we got over and up to the open area.

We had great views of Wellington and Palliser Bay, but when it was open we were blown sideways by the wind which had picked up.

The next obvious point to take a bearing was from spot height 743m towards The Peak (864m). The path we took, took us past the peak, but we were all in agreement not to go to the top and just have lunch nearby.

From here we set several bearings to get us around the east side of Kotumu towards Red Rocks stream which was our way back down the hill to the Orongorongo river. This section had no trap line, and it was my bad that we ended up too high instead of sidling Kotumu (I just said it was a good view point, I think they all bought it).

I think this section was the hardest, as it had really over grown with tight shrubs – we couldnt walk along the high ridge as there is a massive slip that takes you all the way to the sea. Some scratches later, we got to the farm track which was to take us to the scree slope into Red Rocks stream.

We all agreed to give the steep decent a go, as the alternative was an extra hour ending up near the coast.  After a quick scramble down, we could replenish our water and despite it looking cloudy it apparently still tasted OK.

The last leg – 5 km down Red Rocks stream and along the Orongorongo river back to Paua Hut.

Back at Paua hut some went straight to bed, others cooked tea, but I think we all thought it was an epic day.

The rain came down hard and for several hours on Sat night, so the river was high on Sunday. I was confident we would be OK if we linked up to cross. After 4 crossings it was an easy walk back to the Catchpool carpark and we were off home.

A good weekend was had by all.