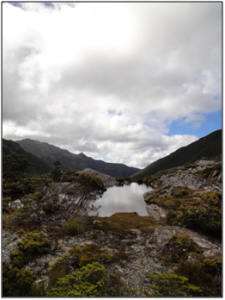 After many years of vigorously peeling any carrot that came within a co-eee of my cooking pot, I have recently found there is a strong movement of people who believe in a skin-on approach to culinary carrots.

I therefore now feel more confident in writing this newsletter article about the lack of peel in our Peel Range trip.

After spending Friday night cramped together in a small shelter above Cobb Reservoir, our group of intrepid explorers set off down the road to the start of the Cobb River Track. We were looking forward to some sweaty bush-bashing and ridge climbing along the Peel Range. 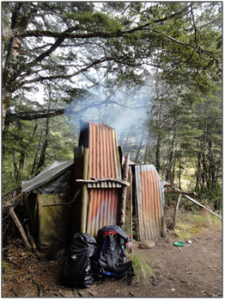 Illona was keen to actually attempt to meet the trip grading of Medium, so we agreed on a new route. We hot-tailed it along the valley floor, heading up the ridge just after the ramshackle but beautiful Chaffey’s Hut. The team hopefully followed a trappers line for some time, until realising it was leading us astray. 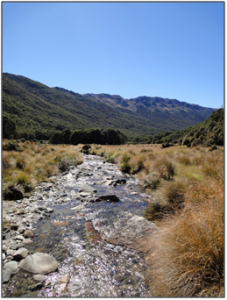 We retraced our steps a bit, then headed straight up a likely looking ridge towards Mt Prospect. We were pretty happy trampers when we finally made it down to Camp Lake – a gorgeous spot nestled beneath a circle of mountains along the Peel Range.

Next day saw us heading back down to Cobb River and along the valley floor to Fenella Hut. Here we met up with our other van companions, who had chosen to head up Peel Range despite Sonny Bill’s “gnarly” descriptions. They reported back that hours spent on the ridges had still resulted in gnarliness, and they too had headed back down into the valley. We felt just a little smug. 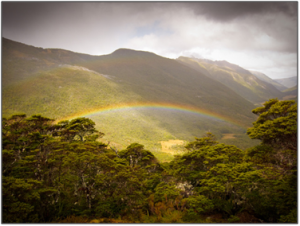 We had a glorious afternoon exploring the tarns below Mt Xenicus, and repaired for a lovely dinner prepared by the best-tramping-chef-in-the-West: Illona.

Monday was spent walking back along the valley floor, soaking up some well-deserved sun and views.

So maybe those carrot non-peelers were right after all – there is no need for Peel to have a great trip in the Kahurangis.