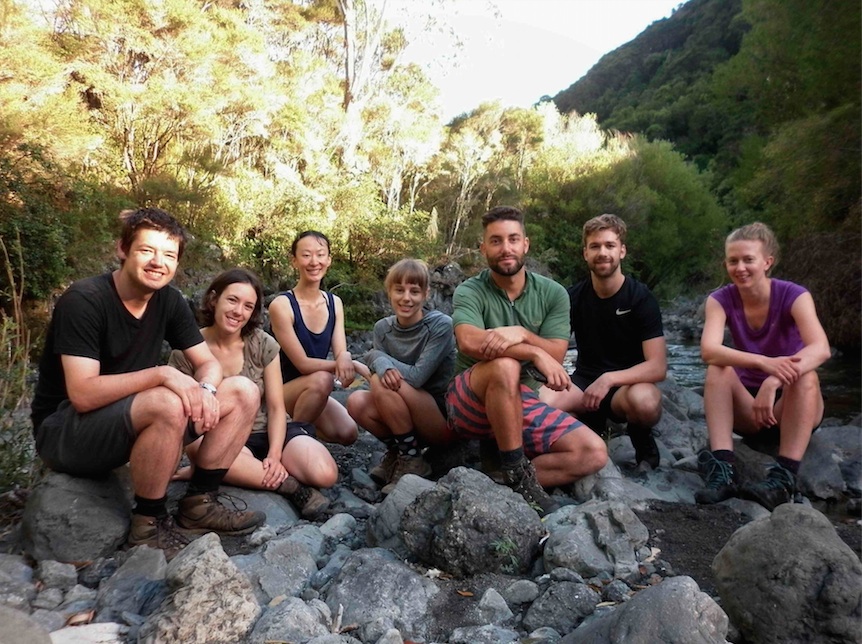 The team assembled at Platform 9 ready for our drive over to the Pinnacles campsite. As this was my first tramp with the club I was a little confused by the selection of meeting place as I was under the impression we were driving and not catching a train. I thought it could have been a Harry Potter style secret platform but when I arrived at the station I realised this was not the case.

A mixture of apprehension and excitement filled the mini-bus as we listened to Nature’s Best and talked of past tramps and adventures. We had a quick stop in Martinborough for some food where my leg also provided nourishment to a family of mosquitos!

We arrived, unpacked, tented up and hit the hay.

We woke nice and early, packed up and hit the road, stopping off at the Pinnacles for some photos, trying our best to avoid Bethany who had decided on an early costume change at the chosen photo point. I also unfortunately lost my map and cover on the short walk to the Pinnacles, perhaps a metaphor for what was to come later in the day.

A few early climbs certainly got the blood pumping but we were fuelled by the biggest bag of biscuits probably taken on any tramp, courtesy of Daniel. We stopped for lunch with a view, feeling great, making good time and thinking of our arrival at the Parakiki Hut after a few more beastly climbs on the horizon. I should also mention that at this point we also realised that many of us had forgotten to pay the campsite fees, something which we guiltily found quite funny. 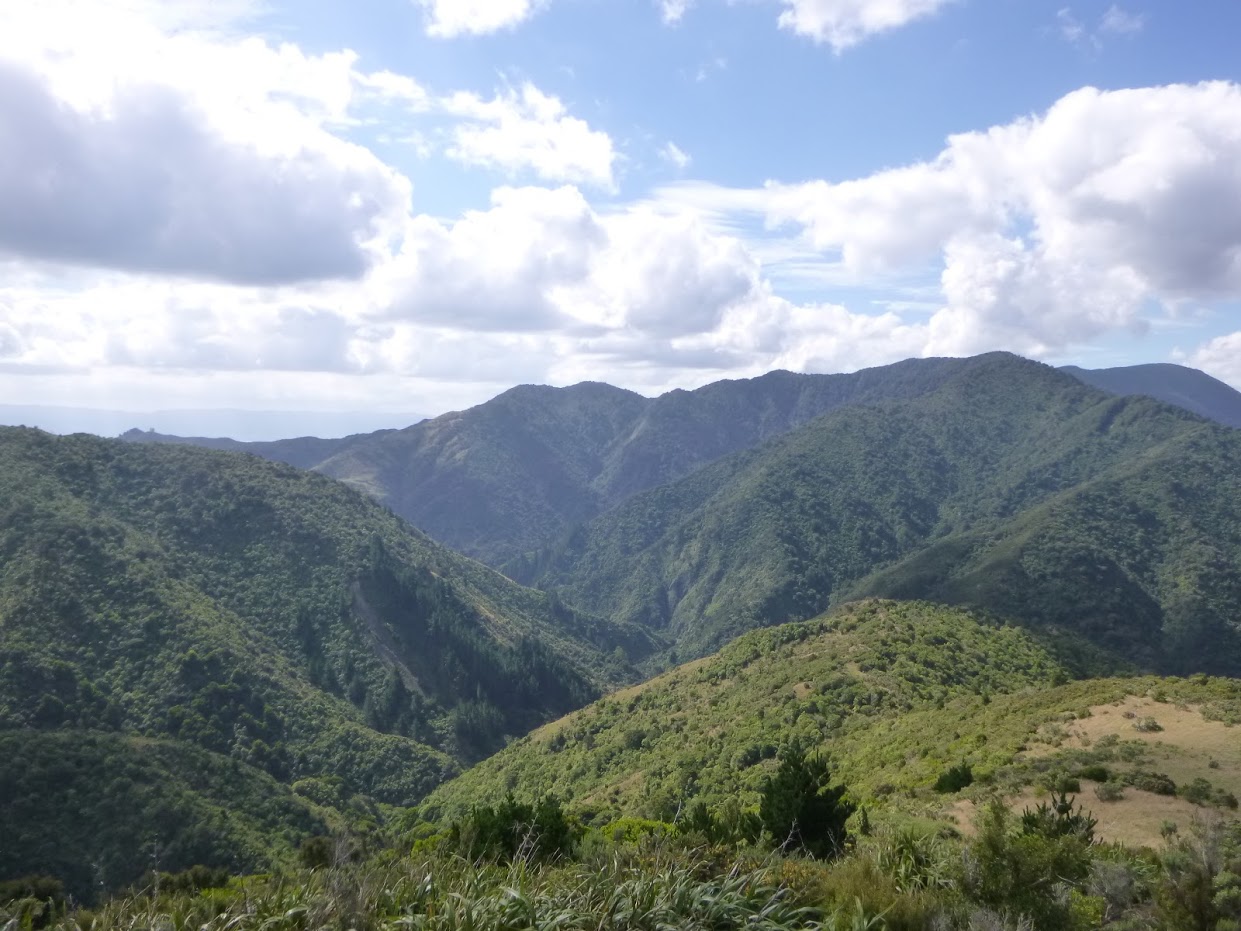 We continued along the marked route until we reached the last of the orange triangles. We did not despair as we stumbled across a 4-wheel drive track which offered us hope that we were heading in the right direction. We continued down a grass track and on to a steep slope filled with thorn bushes. This was to be our first encounter through this prickly section which included Jennifer’s Pit, so-called as Jennifer almost lost her leg on one particular obstacle. Uncertainty of our chosen direction slowly creeped in.

After a lot scouting missions, map searching, GPS failures and a general complete lack of directional understanding, Uta made the call to head down the steep hill as water supplies were running very low. Plans to complete the Aorangi crossing were dashed.

Wearily, we scaled the hill, clinging in hope to dead trees that snapped like breadsticks and sliding on our back-sides where necessary. The requirement for sliding also caused another costume issue for Bethany but luckily Uta was able to assist and mend her ripped shorts that evening, ready for the next day. We made it to the water-hole and attempted to search out the hut that we still believed was in the vicinity. Oh well, we tented up on the rocky bush floor and began the cooking preparations. Although we did not reach our anticipated destination, we still ate a delicious meal under the starry night sky. We also had home-baked banana cake and other sweet treats so we were still winning on some level. 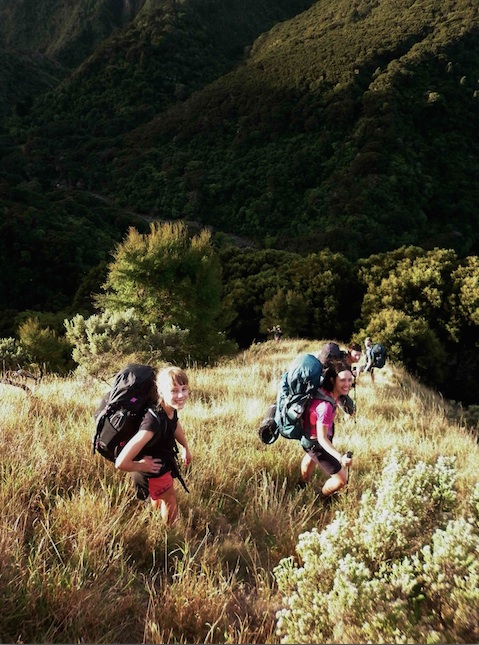 We woke and prepared ourselves for the near-vertical climb, all wishing we had calves the size of Holger’s to assist us up the hill. Clinging to the grass and breadsticks we made it to the top before we bush-bashed our way through our old thorny friend and back on the orange triangle marked-track. We travelled along the path, still confused about where we went wrong the previous day and also wondering why there had been a sudden, over-night growth of stinging nettles along the way. 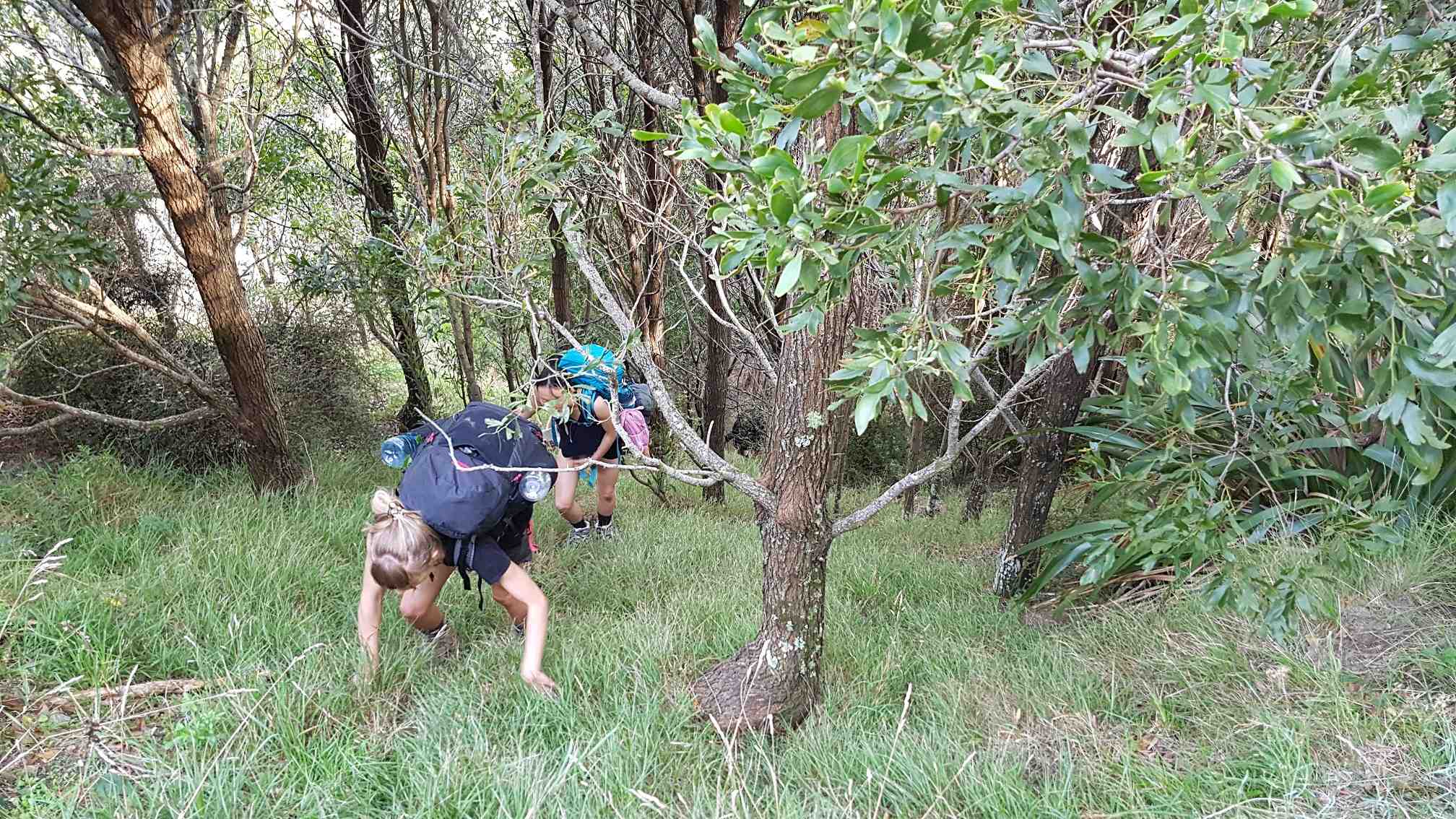 A nice trek back to the campsite where in an attempt to address possible karma, and a potential reason for our navigation failure the day before, we paid the campsite fees. We finished the day with a refreshing swim in the sea before driving back in the Sunday sunshine listening to our favourite, Nature’s Best, on repeat. That evening Daniel sent round the map with the GPS coordinates of where camped the previous evening. It turns out we went very wrong indeed! See below. 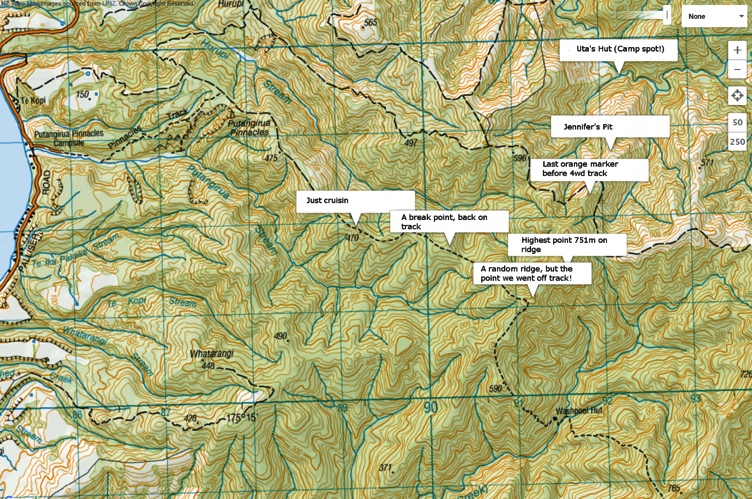 This was my first tramp with the club and it was certainly and adventure. Although it may not have gone exactly to plan I still met a great bunch of people and experienced the beauty of the New Zealand Bush for almost the first time. I’m pretty sure we all got something out of the trip and we all made it home safely, so the trip was a success!