On Friday the third of June seven intrepid Wellington trampers congregated in Auckland airport to await the beautiful scenic thirty minute flight to Great Barrier Island. The Island is serviced by two airlines (Barrier Air and Fly My Sky) and by a slight miscommunication as a group we were split between the two airlines but can report both ran on time with friendly, efficient service.

We arrived mid-morning to meet a shuttle service which dropped us at the start of the track (Whangaparapara Road). The first day was 15km in length along a relatively smooth clay based road that was quite slippery in places (I imagine not the nicest in the rain). We walked up a gentle but relentless hill before a short descent to the hut. On the way there was a stand of large Kauri trees and two amazing viewpoints which made up for otherwise visually bland scenery. Kaiaraara Hut was great with two physically separate bunk rooms with a kitchen and fire in between. Surprisingly there was no ventilation to move head from the fire to the bunk rooms but we were lucky there was no sign of winter on the island. 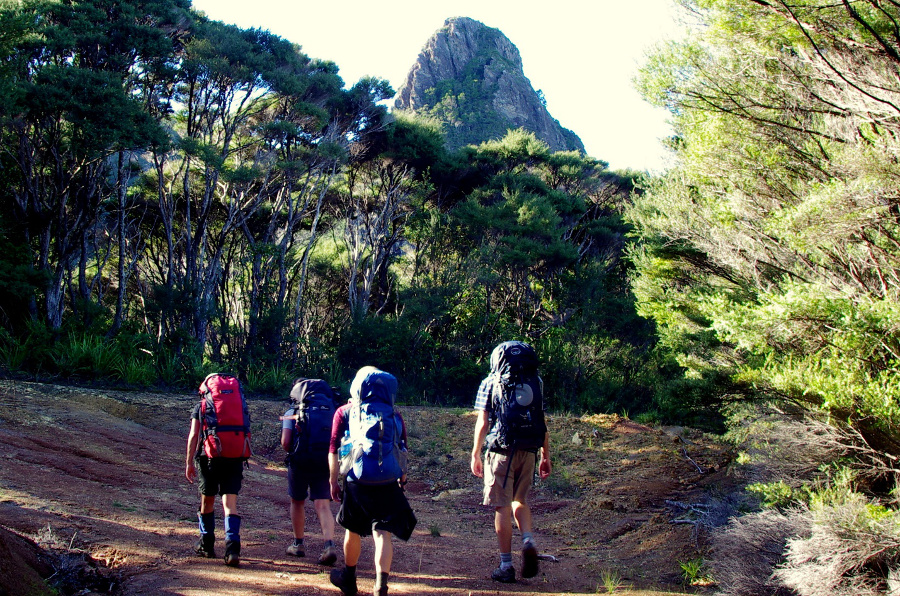 On the second day we walked along the lower of two tracks to Mt Heale Hut. We wandered along a river bed for about an hour before finding the track which took us up through bush to a windy ridgeline. The views here were excellent, alternating between towering bushy mountains and coastal views out to the sea. Another two and a half hours later we came across Mt Heale Hut which had stunning views, gas for cooking but no heating (another mild weathered night). We then left our packs to walk up many staircases suspended in the bush to be rewarded with even better views from the top of Mount Heale. We then wandered down to take a look at the remains of the Upper Kauri dam. The photographers of the group photographed the sunset while the rest of us prepared a fabulous dinner. 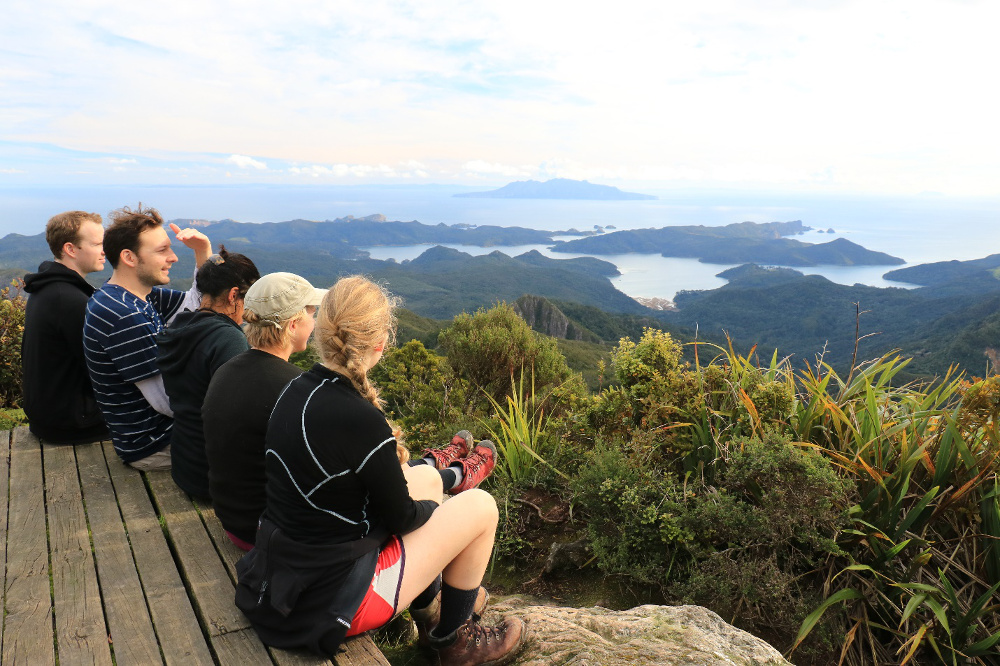 The third day involved an early wakening to view the amazing sunrise. It was then an easy descent through the bush for two hours and although we encountered more slippery clay surface the track eventually flattened out beside the Kaitoke wetlands. We then ascended a hill for 30 minutes to be rewarded on the other side with glorious natural hot pools where we proceeded to soak until cooked. 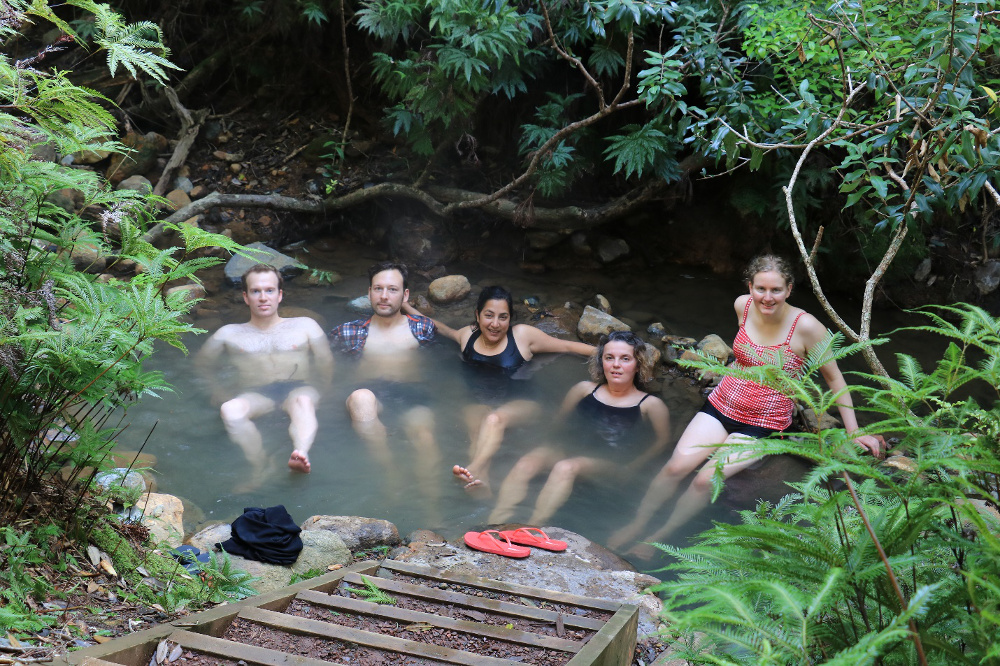 After lunch it was an easy 40 minute walk along a very well formed track beside the wetlands to the road to meet our shuttle. We then hired a car and having spent all weekend in the bush, after a visit to the local museum, we explored the golden sands of the coastline. Dinner that night was a delicious local affair at the golf club.

After a night at the character backpackers we finished the weekend off with brunch before some departed early and others remained to explore further hidden gems on the island.