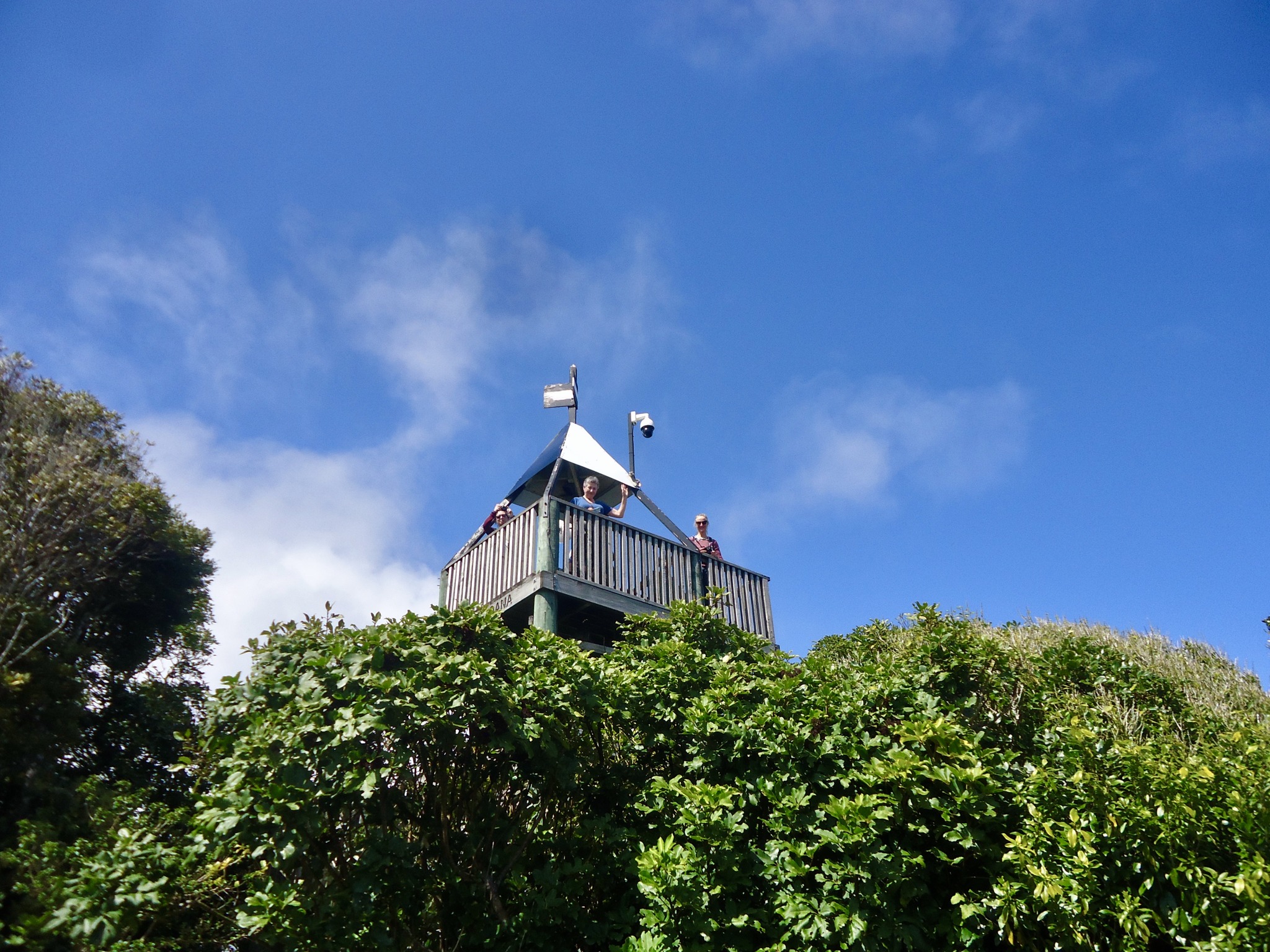 Eight of us headed to Paraparaumu Beach on Sunday morning in the club van for an 8.30am check in at Kapiti Island Nature Tours – the tour operator that would be taking us over to Kapiti Island. We had to brush our boots down and have our bags checked to ensure we weren’t taking any rats, other predators or Argentine ants with us to the Island. It cost $95 each for the return boat trip  – it takes about 15 mins one way and we opted to get dropped off in the middle of the Island, at Rangatira Bay, so we could access the track to the highest point on the island (521m).

You can also catch the boat to the north end of the Island (to Waiorua) where there is a lagoon and some walking tracks (and accommodation). I was surprised that there aren’t tracks all over the Island – you can’t just roam freely around the island. Although that certainly makes sense considering it’s a bird sanctuary!

After landing on the Island, we were told to stay away from part of the shoreline (Rangatira Point) because there were birds nesting there (between Oct and March). We were taken to the visitor shelter where there are a lot of information boards about plants and birdlife on the Island, and we sat down and attended a very informative and entertaining 30-40 minute talk by a Kapiti Island Nature Tours staff member about the history of the island. It was interesting to learn that whaling took place on the Island from the 1830s (there used to be 3 whaling stations there) and to hear about the long journey to remove all animal pests from the Island over the past 100 yrs – the Island used to be overrun with predators.

After the talk we left the visitor shelter and headed to the historic Whare – a building on the Island dating back to the 1880s which used to be the homestead for one of the farms that used to be on the Island. It’s a well preserved building, and is now used to accommodate volunteers and others involved in conservation activity on the Island.

We then began our walk to the highest point on the Island – the summit is called “Tuteremoana” and is located at 521m elevation. We did a loop walk: up Trig Track to the top and then back down to the shoreline via the Wilkinson Track. You’re only permitted to walk the Trig Track in an uphill direction – it’s not quite as well formed as the Wilkinson Track. The signage stated it’d be a 2 hour walk to the top – but it didn’t take us that long.
Part way up the Trig Track there are a group of Hihi (Stitchbird) feeders. They’re filled with sugar water to help supplement the diet of these birds and help maintain their population – as it’s thought there is too much competition for their natural food supply from tui and bellbirds. We walked through typical NZ bush (there were a lot of young Nikau palms) the whole way to the top and enjoyed the sound of lots of birdsong.

It was wonderful to reach the top and see the ‘other side’ of the island, and to also see the view from the top of the Trig – Paraparaumu Beach and the North Island mainland looks quite a distance away. You can only see a glimpse of the shoreline on the other side of the island and there are no walking tracks to take you down the other side. After having a nice lunch on the picnic benches at the top of the Island, marvelling at the fantastic 360 degree sea views and enjoying the bright sunny weather we headed back down to the shoreline. There is another group of Hihi feeders part way down the Wilkinson Track. There were lots of noisy Hihi birds swooping down from nearby trees to drink from the feeders – it was interesting to stop and watch them.

We had 6 hours in total on the island, so we still had quite a bit of time before being picked up by the boat. We relaxed, explored the shoreline and walked the tracks around the visitor shelter. I even managed to catch a glimpse of a Takahe.

It was a really lovely day out and we were lucky to have great weather. I would highly recommend Kapiti Island Nature Tours for the journey over to the Island- the staff were very hospitable, entertaining, knowledgeable and friendly.