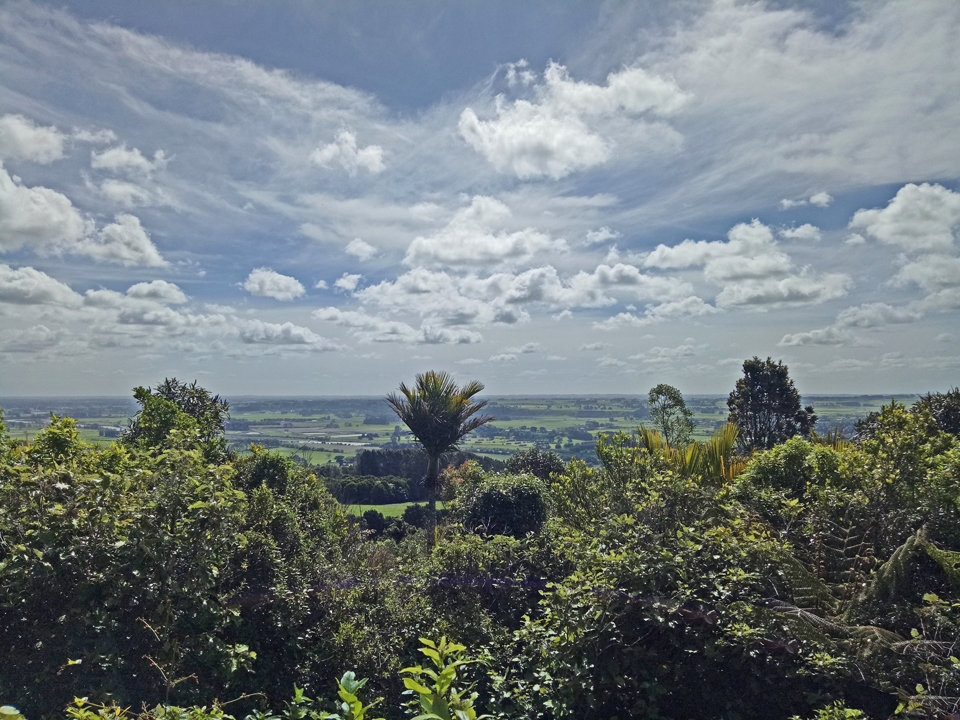 This was essentially a day trip cleverly disguised as a weekend trip, leaving Friday night and returning later than expected Sunday arvo, yet only tramping during the day on Saturday. As such we had nearly as many adventures off the trail as on! Most of us were belatedly “getting back into it” post lockdown. I had met Daniel and Anna on what was collectively our first club trip the weekend Covid hit Wellington in March, and we were coincidentally now all finally out for our second club trip. Meanwhile Garth hadn’t been on a trip in around 18 months.

We drove up to Ashhurst domain campsite Friday night, not quite in time to avoid the rain and sand-flies before we set the tents up, but not getting too wet. We then proceeded to have very strong and particularly noisy wind all night, although fortunately all the tents survived and no one got wet. The weather was beautiful the next day and the campsite had a hot water zip (what is this luxury!?) so breakfast was quick and easy, and it was only a 10 minute drive to the start of the trail, so we got going without too much fuss.

The Manawatu Gorge Trail runs up in the hills above the Manawatu River between Ashhurst and Woodville, and is approx. 12 km one way. The road along the gorge (State Highway 3) has been closed for some time due to slips, so the trail is best done in part, or (as we opted for) a full 24 km there and back again adventure. The trail starts and ends at river level but then heads up into the hills, making for a decent day hike. Tony had done the walk before and really enjoyed it, so thought it would be a good one for a club trip! The walk is well maintained and clearly quite popular with the locals.

The reserve isn’t actually large and the viewpoints showed signs of civilization beyond the gorge and close ups of wind farms, yet the vegetation was quite dense and so for most of the trail we were very immersed in some particularly lovely bush. There were also a few sculptures, and numerous signs describing all the different types of vegetation, which varied a lot along the route. My favourite bits were the nikau palms. Between viewing these and taking every single (there were many) side trail to the lookouts we had quite a large number of breaks! We were a chatty group and ambled along quite happily through this bush, the conversation favourite being food.

We reached the other end at lunch time and had a moment’s disappointment where we thought the only good looking spot for lunch had been taken, but then discovered a picnic table a bit further down the road. Our way back was much quicker, as we considered that we maybe didn’t need to take every single side trail. We were making such good time that Garth started predicting that we would be back at the campsite by 4 pm! This provoked much debate and also much humour when 4 pm approached and Garth started going at quite a trot. We then proceeded to ruin the timing even more by settling quite comfortably onto a bench in the sun with a view.

Back at camp we had a pesto pasta meal organised by Jane, and some brownie made by Marion, both of which went down a treat! We were also able to have hot showers (again, the luxury!), although this did require much scrounging for $2 coins. A few colourful locals were also using the facilities, they were all chatty, one young man with a dog was going to sleep elsewhere as he was scared of ghosts (the campsite bordered a graveyard – not so luxury!), and a couple were very pleased with the speakers they had got at kmart for their wedding next year. We clearly hadn’t expended enough energy, so we went for a joy ride into Ashhurst in the club van. The lap didn’t take long and we settled in the pub, where there was beer, live music and Garth showed Daniel how to use the jukebox!

There were a few mystery sirens in the night, and then we woke up to incredibly heavy rain! Jane was keen to go to Whispers café in Levin, so we packed up as quick as we could and arrived at the café, slightly damp still, for a hearty breakfast and more discussions about food. Approaching Paekakariki it became apparent that all was not right. The rain had continued and it seemed like the road was blocked. We were diverted into Paekak by Police. Having not received any further direction we drove unchallenged out the south end of Paekakariki and continued until Pukerua Bay where we encountered more slow traffic and regular police checks. They kept letting us through though and the issue as it turned out was flooding at the Plimmerton round about (and the whole surrounding area too!) Large vehicles were allowed through though and Jane expertly handled the van through the flood waters and we all got home safe!