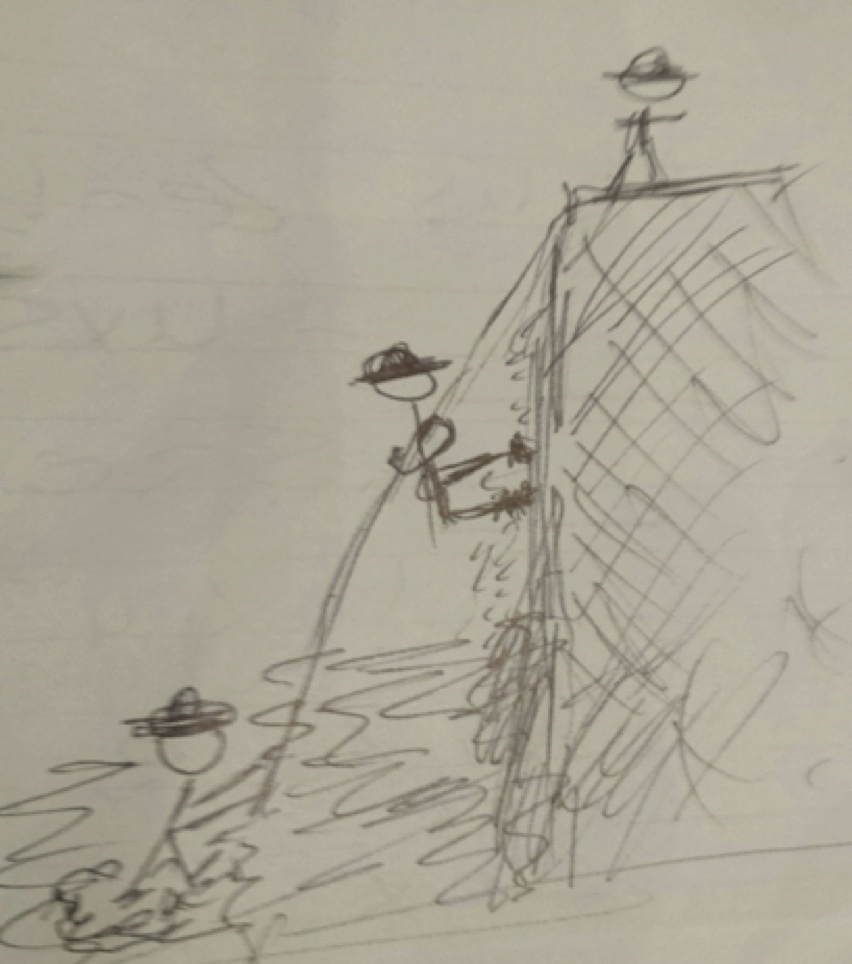 For most of us the trip started on the rocks of Titahi Bay a week before learning canyon abseiling basics from Megan, David and Jay. Once we’d got the hang of hand signalling, figure of eights and locking off, we climbed the nearby ‘sheer cliffs’ (with only a handline) for some real descents.

Megan and David were incredibly patient, building our skills with each abseil down until finally everyone had at least locked themselves off on the rock face. Unlocking was the interesting part (nb. keep the rope taut in one hand when letting go of the other). Canyon newbies Caryl, Mike and Kate were all rock naturals.

Saturday 3 March – the real thing! The weather looked good after heavy rains earlier in the week.

After emptying all our gear onto the road and condensing it all into a few packs, we left the Kaitoke carpark at 7.30am, right to plan. We began the long walk up the four wheel drive road, with Mike, Stuart, Dan, David and Megan the first bag carriers. David strapped on my much lighter, custom (two wetsuits tied together) backpack.

At the top of the ridge we found the cairn marking where the notes said to ‘bush bash east’, Kate was the first navigator. We followed a rainbow of ribbons: pink (not bait lines), blue, yellow, until about our tenth set of splayed trails.

Brendon and Lee did the next navigation shift, leading us to ‘630’, the holy grail bearing from which we were to veer north and down to the river. After nearly two and half hours walking, having found and passed 630, we descended, reaching the stream in 10 minutes.

Lunch at 10.30am came the hardest part of the trip – putting on our wetsuits. A lot of tugging and a few strong arms lifting and we all squeezed in (the group decided that photos of us in our wetsuits would be too risque for the website).

Megan split us into two groups as we packed everything tightly back into one rope and one gear bag for each group.

David led the first group with Caryl, Lee, Kate, Mike and Stuart. The rest of us (Brendan, Dan, Rene and myself) were with Megan.

The plan was to give David’s group about 15 minutes lead time with anchors already set up for us so we could all get through more quickly.

After 15-20 minutes in, we caught the last of David’s group at the first abseil.

David went down out of sight in a flash, with his rope following shortly after (once he’d safely reached solid ground).

Megan set up the rope up for our group with Brendon abseiling down first so the rest of us could have a belayer. Dan, our group’s gear carrier, went next, easily mastering the challenging lip at the start.

The track notes suggest the canyon is mostly rough river tramping. Not mentioned are the beautiful waterfalls and other wonderful scenery throughout the canyon. 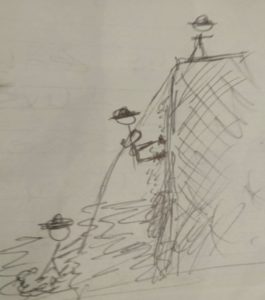 Rene and I followed shortly after, getting a great view of our first waterfall.

Ten minutes later at the second abseil we saw the tail end of David’s group, the last we were to see of them until the walk out.

Later we found out that they’d discovered a number of water jumps, most of which we missed.

We did enjoy one big (4-5m) jump, after Rene had scrambled down the side rocks to check out the water below. Exhilarating! 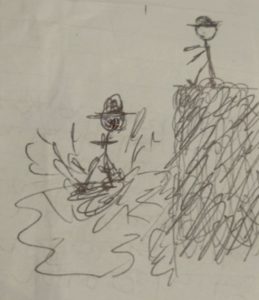 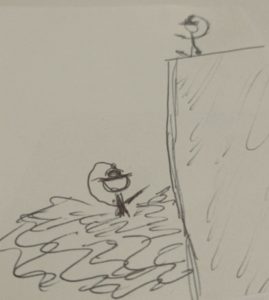 Megan came up out of the water winning the most water up the nose challenge. Her smile soon after reassured the rest it was fine to jump.

More walking in and around the river, with the odd banging into, and stumbling over, unseen rocks, boulders and logs, was part of the fun as we moved in and out of deep and dark waters.

The last abseil was the most spectacular of the three. Brendan again helped out with ropes and was first down the over 20m drop, taking his time getting around the log near the top. Dan went down quickly without the gear bag.

Megan calmly told us ‘keep your head down’, knowing we’d abseil straight into the waterfall.

Water poured over us as we went down until we reached the belayer’s rock in the pool below. A few rays of sun nearby teased us as we held the rope in cold water.

We thought Megan would throw or lower down one of the bags. Instead, we suddenly saw her abseiling through the waterfall with the gear bag attached to one hip and the rope bag on the other. 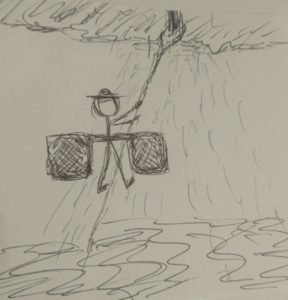 Once she was out of the water and the ropes back in the bag, we moved on again.

More scrambling through the water. At a narrow part of the stream, we walked and swam through what smelt like very badly rotten logs or worse. At least one of us missed the dead deer in the water, which I later learnt about when told to fill up the water bottles from the side stream.

After about 3-4 hours in the canyon we saw David’s group on the bank, looking well rested and comfortable in walking clothes. Our group peeled out of our wetsuits, had a quick snack and repacked.

The eleven of us then started our walk out of the canyon, scrambling sharply up for about half an hour. Another 30 minutes or so and we were back on the morning’s track. Caryl , Kate, Megan and the guys shared the bag carrying (mostly uphill) until the road. The morning’s climb provided a steep but welcome cruise down for the last few kilometres.

At 6.30pm we reached the carpark, unloaded and set off home – tired, happy and ready for a warm shower and our next canyon!

So many thanks for Megan and David for the lead up and canyoning day (and all in the group that supported them).

Special thanks also to Jay who came along to Titahi Bay just to help with the abseiling training.