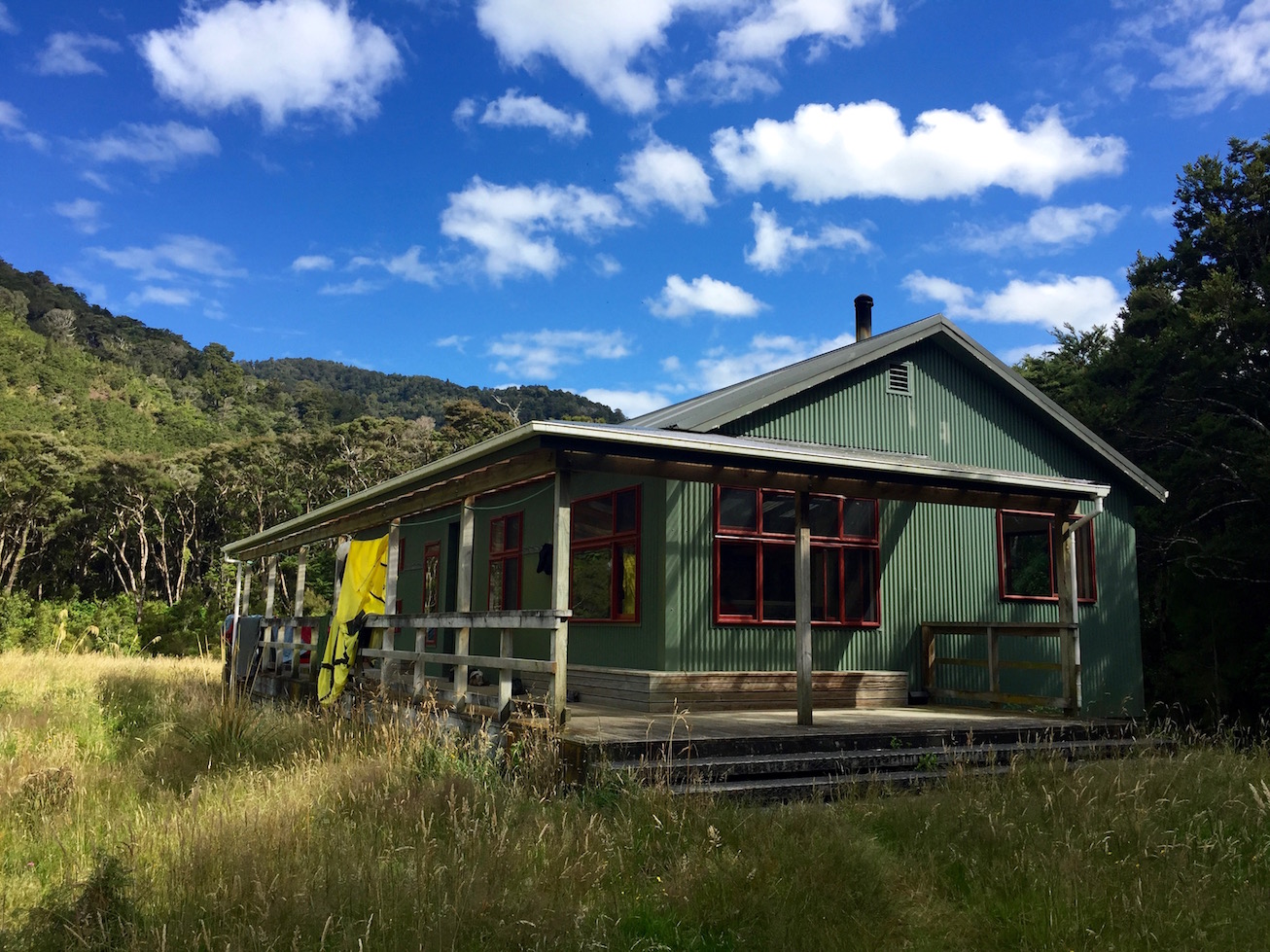 We departed the Railway station shortly after 5.30 on Friday night, sharing a van with Simon’s Medium grade trip who were heading for the same road end – Holdsworth. After delicious kebabs in Carterton, we arrived at Holdsworth Campground to find the place heaving with trail runners and their support teams and families preparing for the Jumbo-Holdsworth Trail Race the next morning. Undeterred by the fact that these lithe women and men would be running in one morning the distance we would be tramping over two days, we pitched our tents and attempted to blend in.
The DOC trail time suggested 4 hours from the campground to Totara Hut. So come the next morning, we cruised, had a luxurious breakfast (which also meant avoiding the morning drizzle), and headed off just before 10am. Frisbee, slackline, books, and togs were all packed ready for a relaxed afternoon once we got to the Hut.
The weather cleared up nicely as we set out, only for the soft drizzle of rain to be replaced by the thunder of trail runners hurtling towards us as they completed their race. Making way for the runners slowed us down a bit, but we had an excellent time cheering them on and discussing the different styles and attitudes. They fell broadly into five groups: the po-faced professional runner (“get out of my way”), the fit-asthe-professional but still having a great time runner (“wooooh, thanks guys!”), the exhausted but hopeful runner (“finish is just round the corner, is it!?”), the can’t-talktoo-tired runner (“_____”), and the slipped and had a mud bath runner (“squelch, squelch, squelch”). 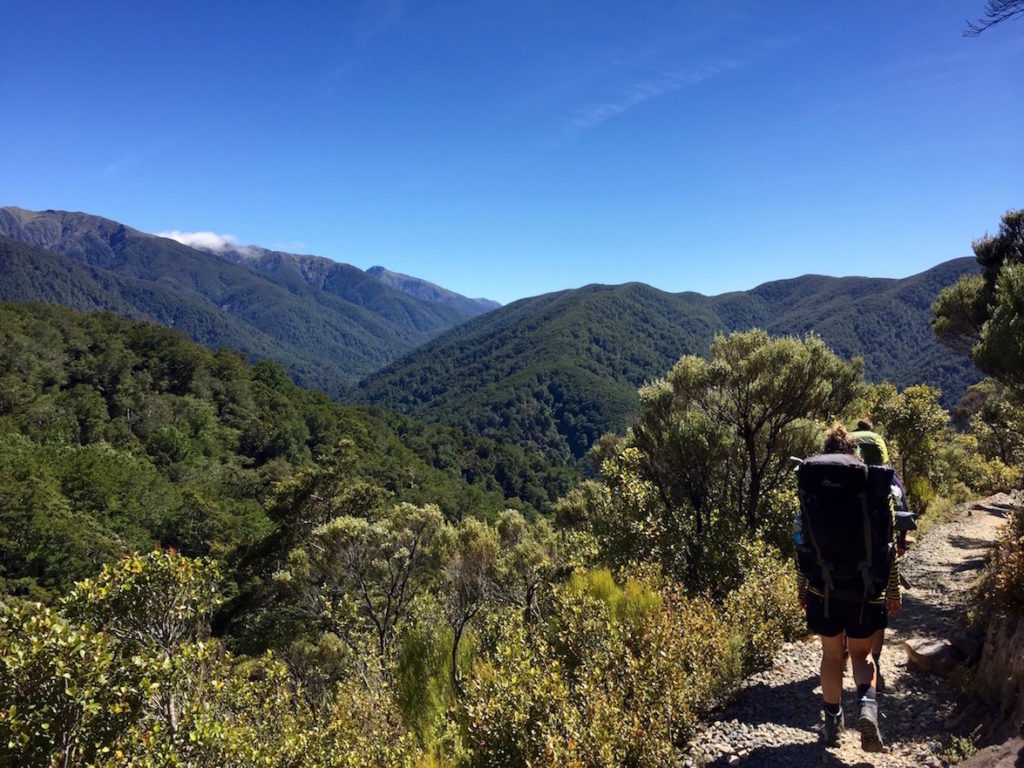 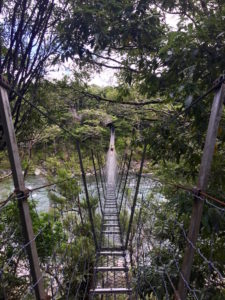 The runners were at a trickle by the time we reached Rocky Look Out and then the top of Gentle Annie – a well graded path. This being my first trip in the Tararuas, I was, at this stage, wondering where all the gnarly bits were. We then took a left at the junction and headed towards Totara Flats and got into the Tararuas proper, and I got what I was asking for.
The track was boggy in places from the storms that lashed Wellington a week or so earlier. We followed the mossy, carpeted tree-root staircase down, had lunch after the track plateaued, and continued down for a few hours until we reached Totara Creek.
Crossing this, we eventually made it to the huuuuuge single person swing bridge across Waiohine River, and eventually to the Hut, which is situated amongst the toi toi at the edge of the river. Between trail runners, new boots, bogginess and supporting our newer trampers, we arrived a couple of hours later than the suggested DOC time.
The Hut sleeps 26, and we were the first to arrive, followed by another group of 5 and a group of teenage girls (and their supervisors) completing their Duke of Edinburgh tramp. 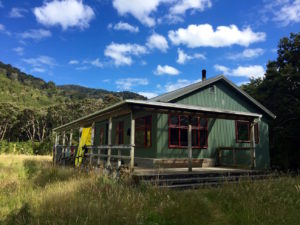 Our dinner of Moroccan vegetarian couscous was awesome (A+++), as was our awesome trip leader, Jon, who in his American goodness brought SMORES for desert (we’re talking real graham crackers, American marshmallows, and 70% lindt dark chocolate!). Unfortunately due to a fire ban, we couldn’t toast them over a campfire on the river as Jon had intended, however, we made do huddling around a single candle sitting in the billy. Nothing, not even lack of a fire, was getting between us and those smores. 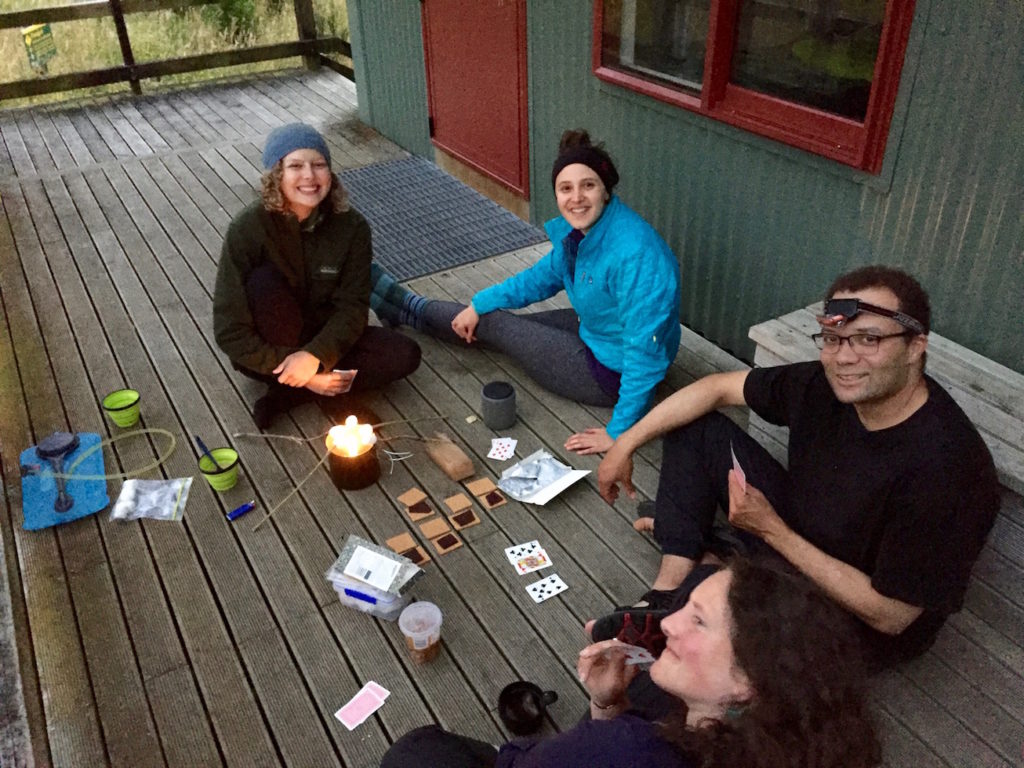 We left early the next morning, having agreed to meet Simon’s team back at the van at 11.30, and having realized it might take us longer than expected. We were blessed with another day of great weather, and I loved savoring those special moments in the early morning as the light filtered through the bush.
We made it back to the van just in time for lunch and headed back to Wellington. The trip was a great success thanks to Jon’s organization and support. Big ups to Pauline too, for surviving her first ever real tramp! Great weather, great people, and great food made for a lovely weekend.