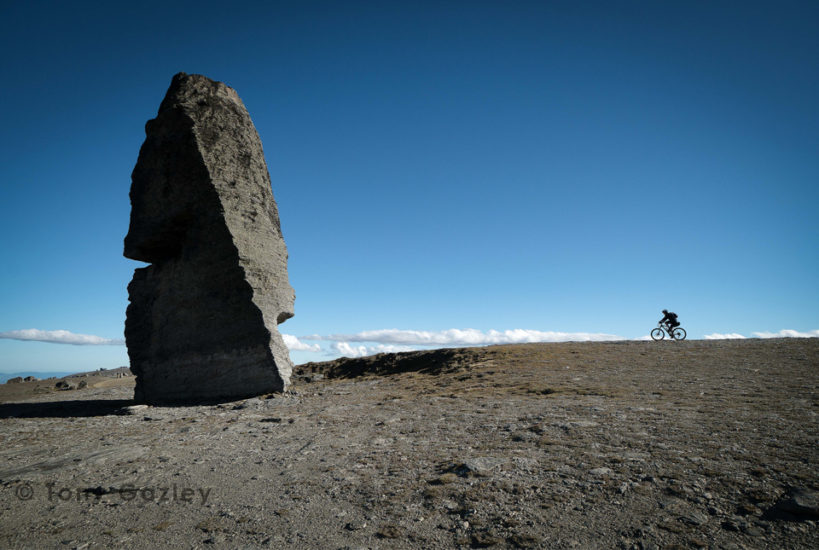 Club night talks can be inspiring. Tony G did a talk in 2014 about his mountain bike trip to Central Otago—and I wanted to go! Another club talk made me spent $10k for 10 days in the Sub Antarctic Islands—be careful about the thrills of a Wednesday night!

During my ecology degree there was mention of Central Otago mountain ranges that inspired me and even then I wanted to go there.  Names included the Old Man Range, Old Woman Range, Rock and Pillar.  I learnt the term ‘tor’ for those amazing rocky outcrops.  The definition comes from Old English torr, perhaps of Celtic origin and related to Welsh tor ‘belly’ and Scottish Gaelic tòrr ‘bulging hill’. I won an Eye Spy once on the ‘Pig Route’ between Dunedin and Queenstown as no-one else knew the term—but there was debate!

So Tony’s talk reminded me I wanted to go and that mountain biking was the best means of transport in those ranges due to the huge non-rapidly changing landscapes.  Surely I could get better at mountain biking so I could go there.  It prompted me to join the work lunchtime mountain bike group to try and up my skills—in 2014 this wasn’t such a success—I mostly ignored the invites and went on my own ride.  However, the great thing about outdoor activities is that the places don’t go away.  A few years later on a snowshoeing trip Tony mentioned being more than happy going with a ‘non-epic’ cyclist as his usual partner was now so much fitter and faster he couldn’t both keep up and enjoy the trip.  So a trip was planned for March 2018 —less heat, but still ok weather.  I had 7 months to get better at mountain biking.

There were now new people at work that I could do those lunchtime rides with—so the training was on. Garden Road with about 20 kg of groceries was my equivalent of thinking I could manage 1000 m of accent… hmm.  My bike and gear needed a bit of an overhaul which included a new cassette, chain, better tyres with goop in the tubes (a cheap tubeless alternative), and new pedals. Also I finally got new shoes as I could put a finger through the sole of my former cycle shoes.  Although it ended up being two pairs of new shoes, as the ones I bought off the internet weren’t going to suit walking up a fair amount of those 1000 m uphills.  However, I was proud of myself as I went on my hardtail commuter bike and didn’t purchase a full suspension bike.

So off we went, deciding to drive down—via camping at Onamalutu DOC campsite—bless those monster matai.  Getting to Alexandra was a mission but we got there before dinner and our motel had a view of Kopuwai/ Obelisk—which was our objective for the next day.  The route in the book  was called Prospect Hill – Omeo Gully Loop (60 km 2,075 m climbing—and the same downhill!)  We had the weather window, so it was up early, and a chilly 7am start, with a gradual granny gear climb through the farmland up towards the tors and tussocks.  Down into an old mining settlement, up onto the Old Woman Range with a view out to the Garvies. 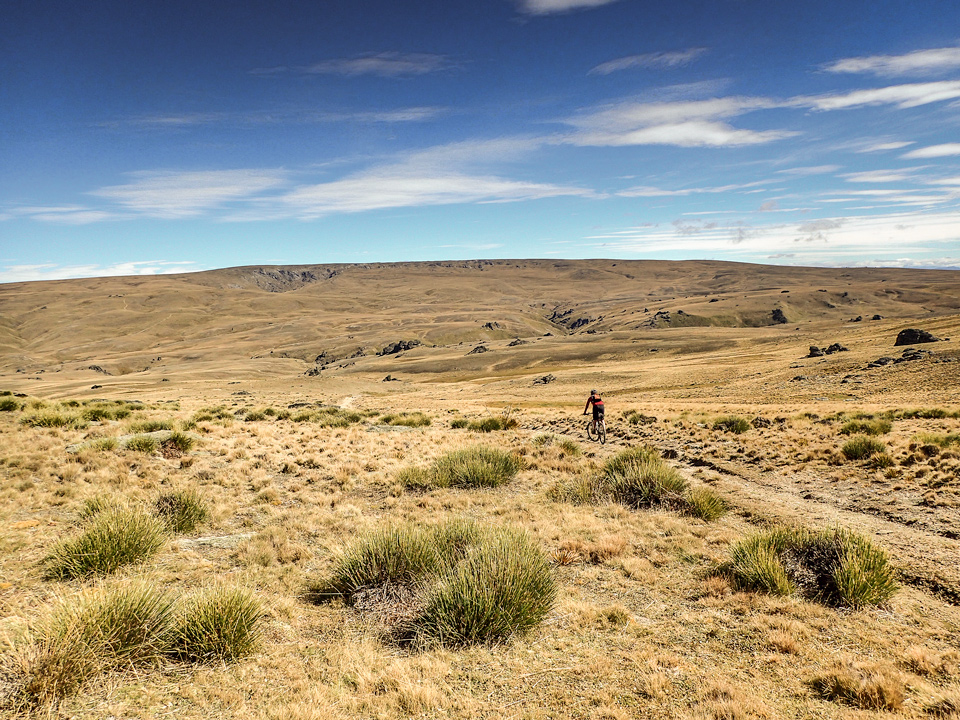 We had admired the Garvies when snowshoeing and planning the trip the previous winter.  The track took us towards Hyde Rock, and Kopuwai on the Old Man Range.  I have to say that the Old Man was heaps cooler (and more beautiful) than the Old Woman.  It was those house sized tors, the joy of discovering that they change shape as you walk around them, they can give you a cuddle, and inspire thoughts of the geological processes and time that created them.  The plants were cool too. 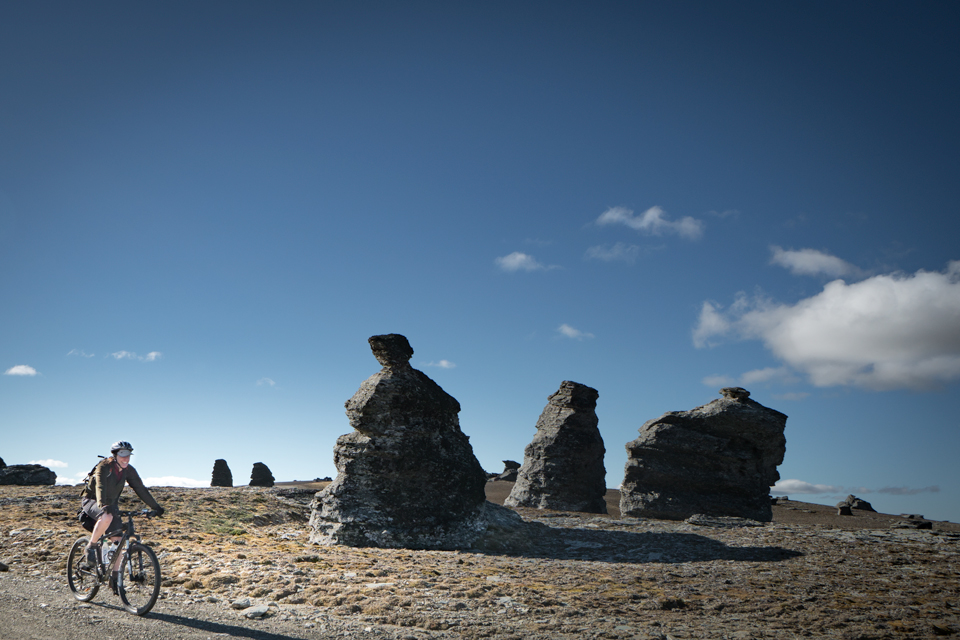 We could see our target Kopuwai the Obelisk, gradually getting closer (along with the stupid TV aerial).  Then the trip down was wicked, an old 4wd track where the tussocks had overgrown the tyre tracks (which meant you guessed where the track was).  The 1m high tussocks make me want to cuddle them—but if your front wheel tried to go through the middle of one they just completely stopped you dead—I believe Tony found out the hard way as he went over the handlebars after hitting one at speed.   It was a 12 hour day and we made it back to the car at dusk.  Holiday achieved by our second day!

Next it was off to Naseby and the motor camp, where we stayed in a cool ‘mining cottage’. I tried to use Trailforks (the phone app) for the first time in the nearby trails.  Being a Wellingtonian I am always amazed that you don’t need to cycle up big hills to have fun.  There are heaps of different tracks in Naseby and well worth an explore and we had a great few hours riding. 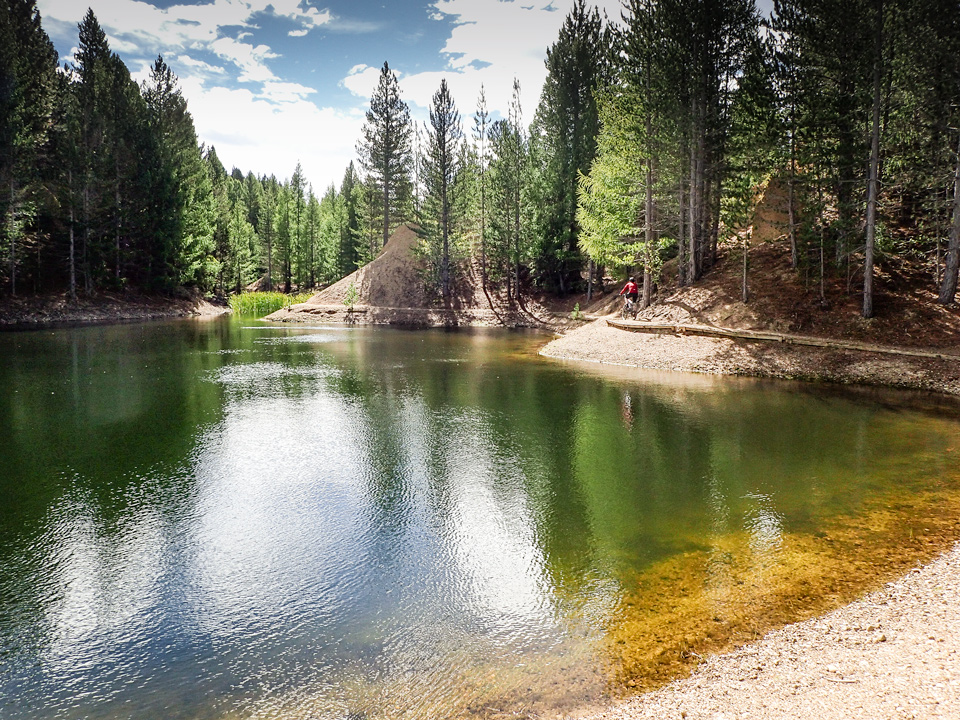 After our rest day, we were off to the Omarama Saddle loop, which you access via the East and West Branches of the Manuherikia River.  Tony had done this trip before and it was a cool way to explore the old farmland that had become conservation land through tenure review.  Both Tony and I were excited to discover that the Manuherikia area is where fossilized crocodiles were recently found.  I have even seen a box of these fossils during a back room tour of Te Papa. 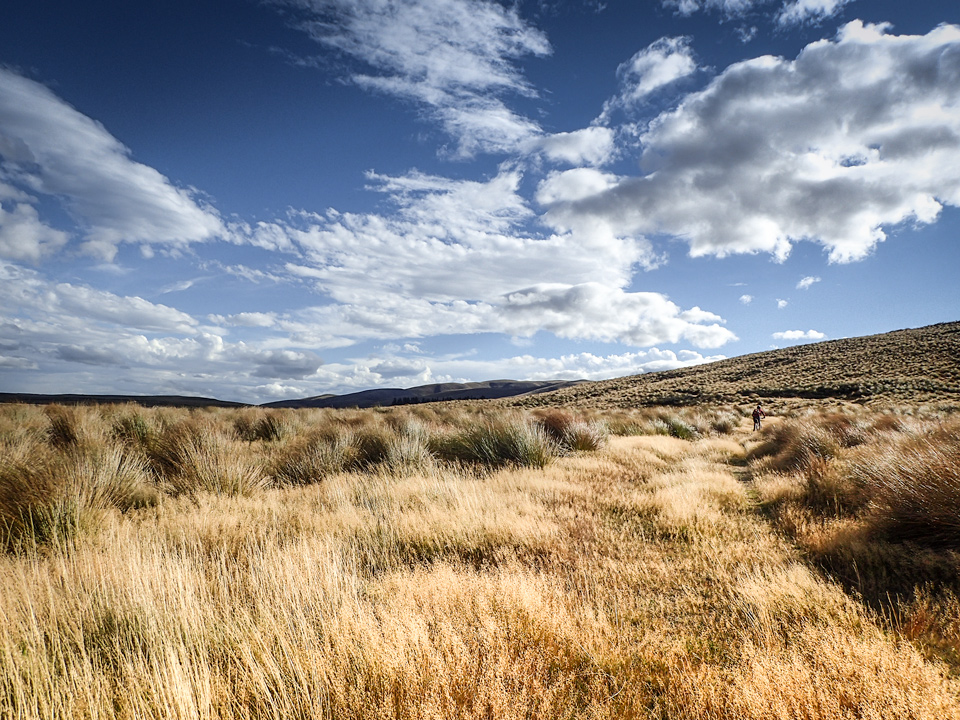 The Omarama Saddle is part of the Oteake Conservation Park, which was largely created through tenure review.   Tenure review is a process that has been happening for more than 20 years. It currently involves 20% of the South Island or 10% of the total land area of New Zealand, and involves pastoral leased land, which were created around the 1940-50s for 33 years in perpetuity. Leased land means stocking units are limited and written permission must be obtained for all sorts of things such as track building, cropping, fertilizer and burning (a former high country practice), so leasing land is more restrictive than freehold land.

Te Ara NZ online encyclopedia states: tenure review is where farmers can negotiate freehold ownership of some parts of their runs – usually the more productive areas at lower altitudes. In return, less modified areas—mostly at higher altitudes—are returned to government ownership, to be managed by the Department of Conservation for public benefit, use and enjoyment. These are important for conservation and recreation, and as water catchment areas.

There are a few problems for me with tenure review:

Ecologically any natural areas in the lowlands are incredibly rare and usually fragmented. If these are not protected through tenure review and lowland farming is intensified then we lose any potential to restore and connect these rare and fragile areas.  New Zealand is blessed with a reasonable amount of legal protection of our high country through National Parks.  It is unfortunate that due to underfunding, the Department of Conservation struggles to protect existing areas from threats like predators.  Adding more land into the conservation estate through tenure review, with the extra challenges of decades of degradation may be a costly exercise for a historically underfunded department.  For example with the removal of grazing, wilding pines start spreading and become a significant and costly management problem.  We saw this in the Manuherikia valley with pines spreading out from an old shelter belt.

However, one of the benefits of tenure review is access and a large number of huts and recreational activities that can now occur on land that wasn’t formerly open to the public.

There are some fascinating stories on the internet about tenure review costing New Zealanders more than station owners to freehold their leased land, which they can then sell for capital gains, especially if it is lakeside land.

After sitting in front of a toasty fire for two days as a weather front with cold temperatures and heavy rain came through, our last aim was the Rock and Pillar Range near Middlemarch (aim 74 km, climbing 1,900m).  We left before dawn, but as the sky started to glow, those famous Grahame Sydney ranges like the Ida Range were glowing too—but hmm … was that snow?  More light revealed, yes—it was snow alright and quite a lot of it too!  Good thing I packed some extra warm layers, and that you get warm going up.

This time the granny gear climb was steady thanks to the 1950s bulldozed track at the prescribed 1 in 10 grade zig zagging up the hill.  There were flecks of snow on the ground when we hit the conservation land boundary. By the time we reached the top of the range there was enough snow (and mud) on the tracks to make cycling a huge challenge. 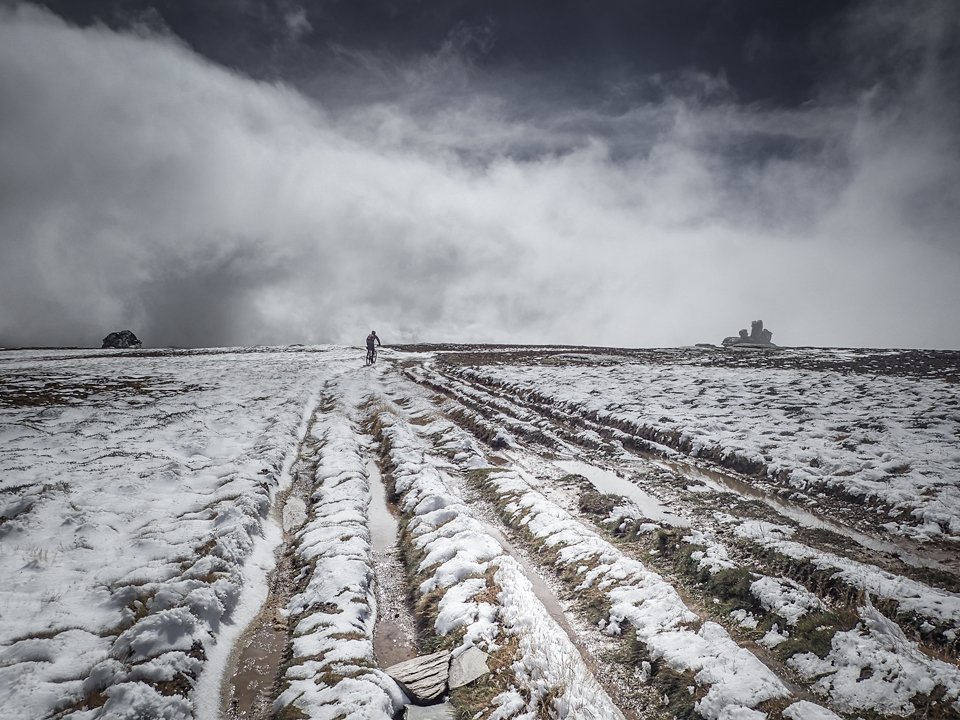 Clearly we were not going to make it around our circuit with such slow going so instead we went down to Big Hut had a game of table tennis! Then we struggled back through the snow to the wicked downhill to have a coffee at Middlemarch in the warmth.

Altogether it was an awesome adventure—and an educational opportunity for me to find out more about tenure review.