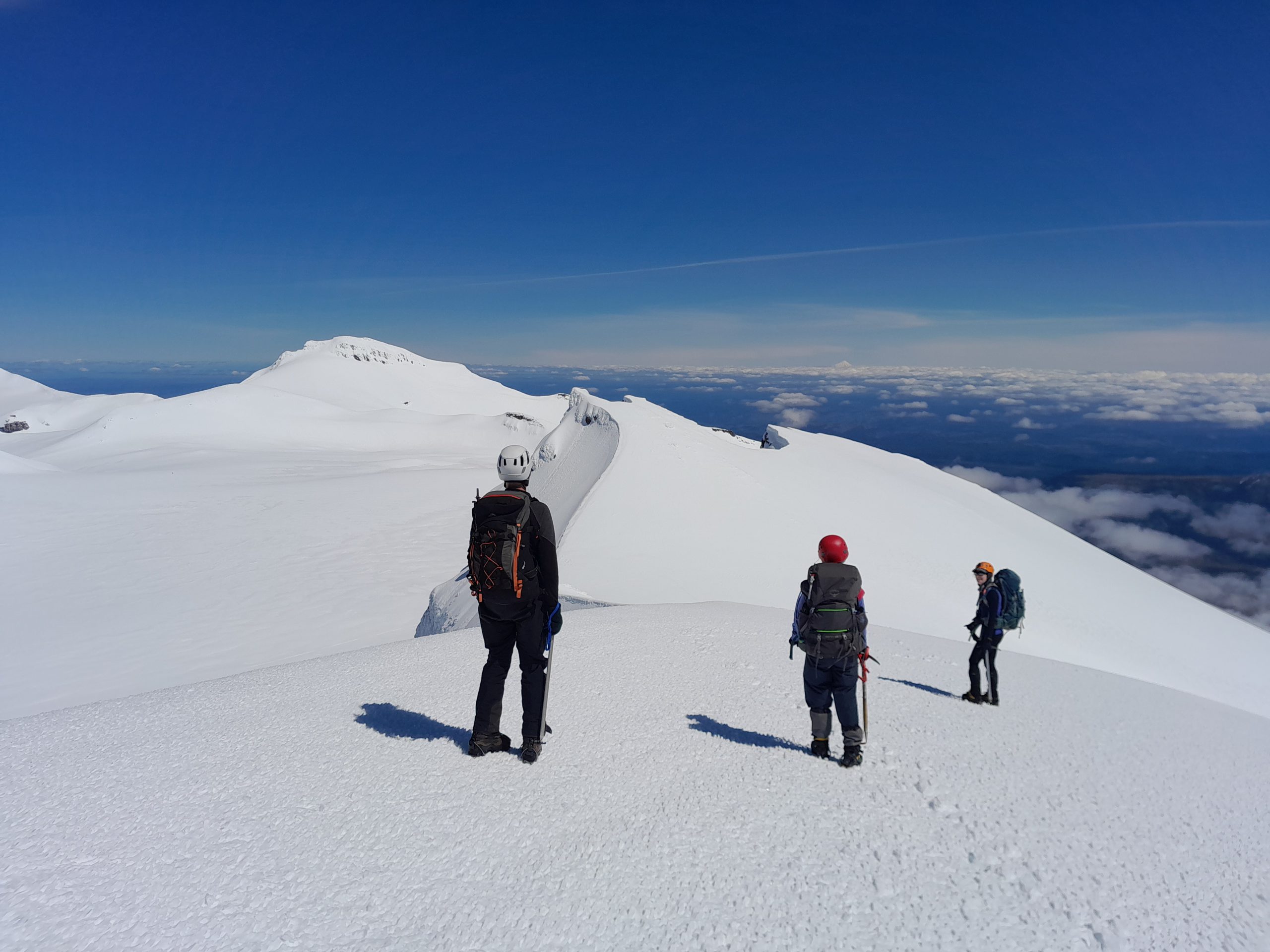 “Strength doesn’t come from what you can do. It comes from overcoming the things you once thought you couldn’t.”

This quote came to my mind as I approached the summit of Te Heuheu via Pinnacle Ridge, something I never dreamed I would be doing.

I was once again chasing dinosaurs up the mountain on a bluebird day with Aimee, Jamie and Tony G! (anyone wearing crampons to me is a dinosaur since crampons leave dinosaur-like footprints in snow – I have a fairly overactive imagination according to Tony).

We saw the club Te Heuheu trip above us heading up towards the peak via Glacier Knob. Apparently our group was easily identifiable by them as Anne said they could hear our dino giggles all the way from the ridgeline above us. I think at that point we were having a laugh at what we termed ‘Spaghetti Ice’ – it seemed less of a mouthful than ‘Sastrugi Ice.”

There were some steep climbs and descents that Jamie and I as baby dinosaurs were pretty chuffed to smash out! Tony did some good avalanche teaching identification work with us too.

After hitting Te Heuheu peak we headed over towards Tukino Peak with a stop to debate whether some ‘Spaghetti ice’ looked like candy floss or cauliflower. Tony was outvoted as our group decided it was candyfloss.

We bumped into the club group of dinosaurs just after Tukino Peak. I heard from Anne afterwards that most of the group were pretty confused about being called dinosaurs by me until she had explained it to them.

We then started our descent with a bit of clag rolling in. There were a few fun bumslides once we got lower down the mountain and even some backwards headfirst slides for fun (see Tony’s fun video)

On the way back to Welly, we had the routine stop at Carrot Adventure Park so I could have a drive in my carrot car and go whizzing down the carrot slide that has now become tradition.