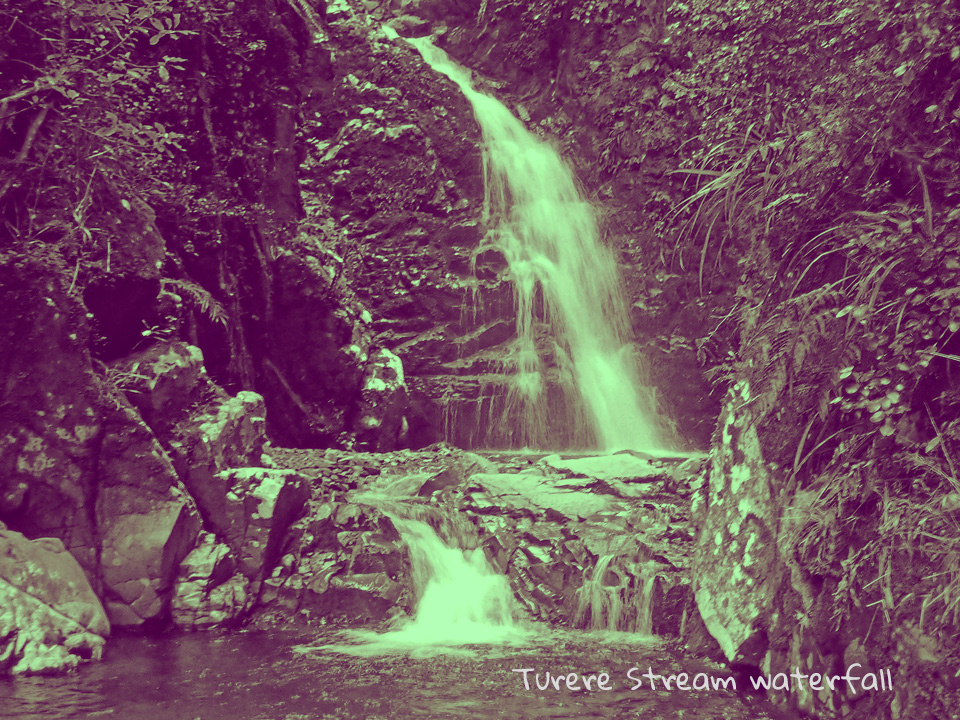 One day a long time ago (at least last week) a ragtag group of five rejects from a much larger group that had hoped to climb Tongariro mountain decided instead to spend a day in a bold attempt to find the mythical Turere Stream waterfall.

These intrepid travellers didn’t leave much of a record of their adventure but it is worth noting that they overcame many difficulties, including inadequate food (solely peanut butter sandwiches), primitive maps that showed the waterfall in the wrong location, and difficulties dealing with magnetic deviations given that one of the group was originally from some obscure region of the northern hemisphere.

But anecdotal evidence suggests that the party was a jolly one with few disagreements other than does free-will exist (no), and is time travel possible (yes).

A few of their fading photographs have been restored and reproduced in this newsletter to record for posterity images of the rugged land they traversed and that their quest to reach the fabled Turere Stream waterfall was successful.

They did, however, end their journey with one question still unresolved and that was – ‘does a tree falling in the forest with no-one to hear make a sound?’