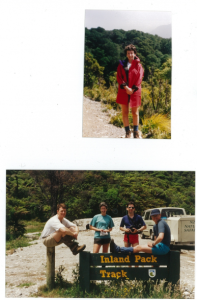 Congratulations to Sue Walsh for being awarded Life Membership to the WTMC at the recent AGM.

Sue’s commitment to the club began at a young age, with some of her earliest memories going up to Ruapheu Lodge, which her father, Trevor Walsh one of the early Life Members in the Club, played a critical role in building.

Sue has been a valued and critical member of the club for many years, running bushcraft and leadership courses, helping out at new members’ nights and leading numerous easy and medium tramps and kayaking trips. To new members, Sue is always incredibly welcoming to the Club and has been credited for being a reason why many members have remained active in the club.

Sue has been serving on the Committee for c. 17 years occupying a range of positions including President, Secretary, membership officer and Vice President and now her current role of Lodge convenor.

Thank you very much to Sue for her invaluable commitment to the club!