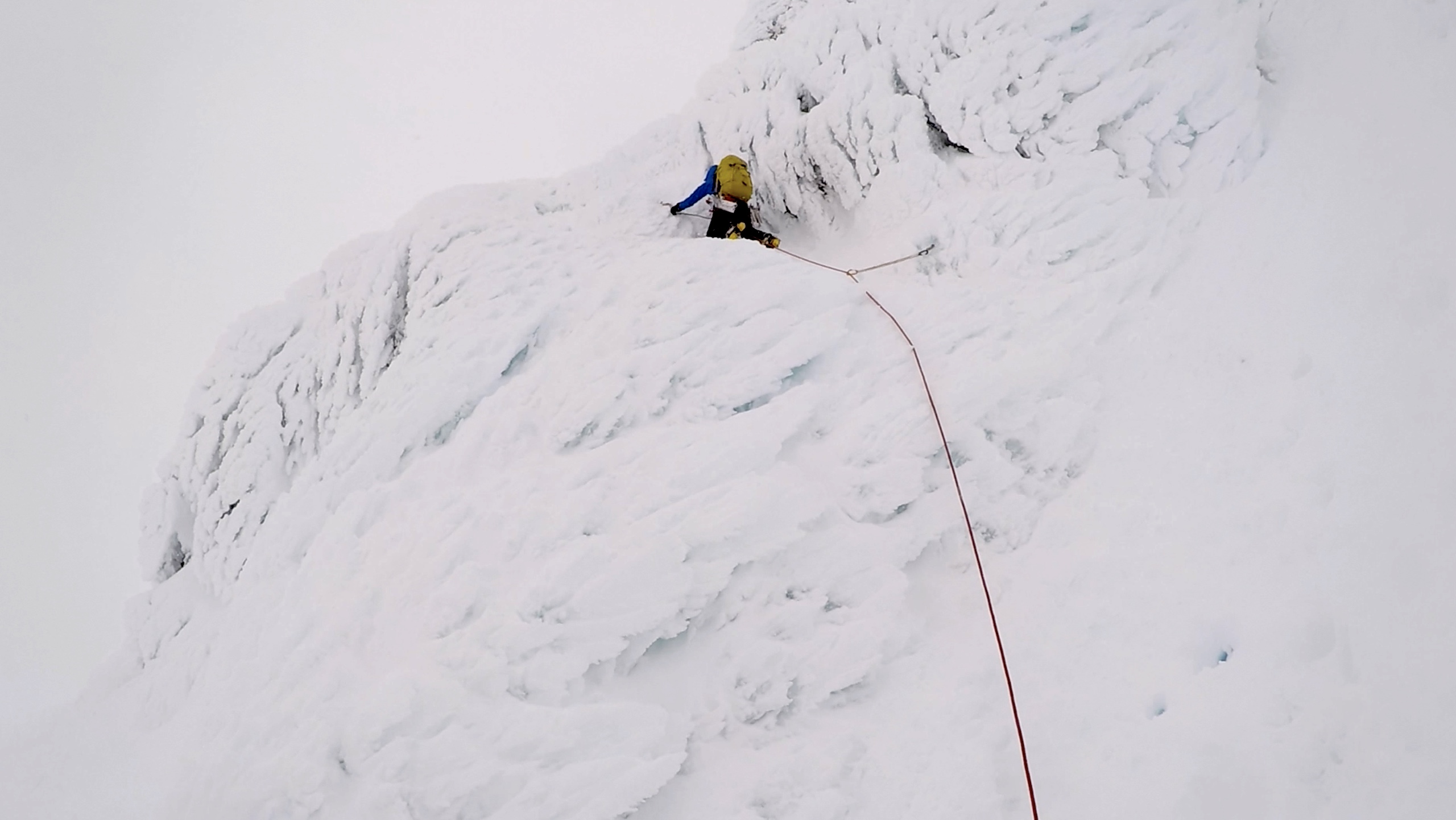 We had a slower than usual trip out of Wellington Friday, but it was made all the more interesting by a well contested game of ‘I spy’, initiated by a fellow travel buddy Oliver (who was travelling up with his Dad Simon for a weekend of the “going downhill fast in a good way” variety. His first challenge began with the letter N, and even after crawling through Pukerua Bay we still hadn’t cracked it. I had guessed it to be my own name, Nick, which was wrong. However, when we finally gave up he told us the answer was “Ned” to our complete surprise. He thought I was called Ned, so that became my name for the rest of the weekend!

We were up at the leisurely time of 7am as it was felt we couldn’t start the day without bacon. Turns out that Mike and Katy’s little one Rosie is a sucker for bacon, and like us after her fill she was raring to get those gumboots on and get out the door. It took us a little over an hour to get to the NZAC lodge at Delta Corner where we stopped for a short break, before plodding on up to Glacier Knob and into the crater. 3.5 hours later we arrived at the side of Cathedral Rocks, having said goodbye to Fiona and Mike B who went off to take on Te Heu Heu from the crater.

It was here where our carefully laid plans backfired a little. The visibility at the rocks dropped massively and so it was impossible to pick out the lines we wished to climb. We found what we thought was ‘Easy Gulley’ which looked viable, and so started there. Elisabet and I climbed an icy bulge on one of the walls of the gulley, Mike and Gareth took on the face to the other side, and Katy and Stuart the gulley direct. Katy and Stuart would turn out to be the only ones to get through all the pitches to the top, as neither of the lines the other groups took were viable.

My route was a rime ice nightmare (joy), which took multiple swings to hit the good stuff underneath. There were chunks some 5kg in weight coming off (not on the belayers thankfully!) and after two short cruxes of vertical steps, I finally ran out of ice screws and built an anchor to bring Elisabet up. Gareth and Mike were making good progress up the opposite side, so much so that Gareth got the view of our route and told us it looked quite bleak. So once Elisabet made it to the anchor we built a ‘V-thread’ (aka Abakalov anchor) which is where you drill an ice screw at angles into the ice to meet and create a continuous hole, in which you feed either some cord or the rope through and abseil off. We got back to our start point just before Gareth also abseiled down. By this time Katy and Stuart were off, presumably somewhere near the summit of the rocks.

It had taken some time for these pitches and we knew the weather was due to deteriorate (not to mention get dark) so we called it a day there. Katy and Stuart joined us back in the crater beaming after walking off the top of the rocks. We got back down to the lodge in very good time, making the most of the softer snow to heel plunge our way all the way to the front door. This was where we met up again with Fiona and Mike B, who had experienced the same problem as us – their route was hidden from view so they took a conservative approach.

Sunday morning saw the weather front stubbornly settled over the mountain. Much snow had come down over night and was still coming down to about 1800m. A few folk decided to stay in the warmth of the hut but myself, Elisabet, Mike P and Gareth dragged ourselves out to have a look at Broken Leg Gulley. A brisk 30minute walk brought us to the mouth of the gulley. We were acutely aware of the avalanche risk following a storm so were very tentative – and this was realised when a few hundred metres ahead of us a small loose wet avalanche gave off just where some of the promising climbing routes lay. We promptly turned around and said bye to Mike and Gareth after blagging a free ride down on the chairlift.

Elisabet wasn’t too keen to stay out in the sleet, but I managed to persuade her to make the most of the few hours we had left on the mountain, and we took a walk over to Mead’s Wall, a popular summer crag for traditional climbing. Elisabet started up what appeared to be an easier line up the middle full of small steps at the bottom. She wasn’t feeling it however and gave up when she was simply too cold to deal with the climb. She was kind enough still to let me have a crack even though it meant her standing there belaying me for close to 40 minutes! (I have made dinner every day this week to say thanks!)

It felt great to be on rock again with my crampons and ice axes, though it’s slightly more difficult than pure rock climbing. The fact you can’t ‘feel’ the rock given the spike and gloves and boots means that it’s hard to control your balance and the wet and cold makes the whole thing feel that much more alien. I would grade the climb we did at a 14 in the summer at most, and around an M2 to M3 (based on my little knowledge of mixed grades). But it still took all the concentration I had. After much swearing I was elated to climb onto the top of Mead’s Wall, and threw away a length of tape around a rock so I could quickly get down and out of the wind. We’re back next week in (hopefully) better weather, so maybe I can get back up there to reclaim it!

All in all a fantastic adventure for a weekend that wasn’t the best conditions. And valuable practise for some of the more committing objectives we are setting ourselves next season. Thanks to all and especially Mike P for putting it all together.