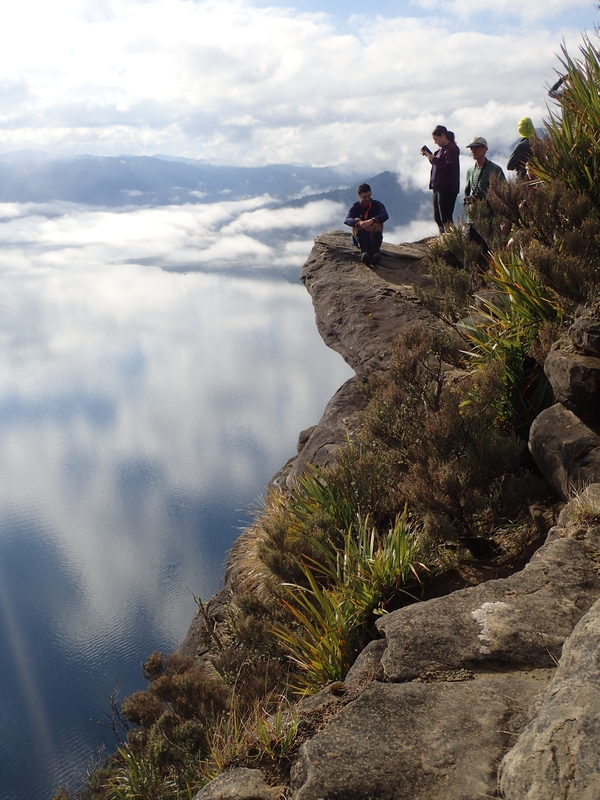 It had been three years since the last club trip on this Great Walk. As huts had to be booked months in advance to secure accommodation over a holiday weekend, it was a long time in the planning, but there were sufficient numbers of people interested to ensure we could fill a van. In the end a couple of people dropped out in the final week, so we ended up with 10 trampers.

We added a day to Queens Birthday weekend, taking the Friday off work and making the 7 hour drive to Lake Waikaremoana on the Thursday night. In winter there is only one water taxi company operating (Big Bush) and with water taxi times from the end of the track (Whanganui Hut) at 10am and 2pm, we planned to travel back on the Monday, however plans later changed.

After the long drive up, we arrived at Big Bush campground at about 1:30am Friday and settled in for a short nights sleep in cabins we had booked. The campground was about 4km South of the start of the walk at Onepoto, so allowed us a relaxed start time without a long drive.

Leaving the van at Onepoto car park (600m) the first part of the track took us up to the Panekire Ridge (1100m). The weather was cloudy, but dry, and provided some excellent photo atmospherics.

Some people were already at Panekire Hut when we arrived mid afternoon but they had given up trying to get the fire started with wet wood. Nothing was dry in the wood shed. The area had recently been under snow. However Richard got on the fire lighting task and got a solid fire going after a bit of perseverance. People continued to arrive and the hut was full for the night. Chicken Korma prepared under Jane’s direction was the Friday night menu as that reduced our weight the most.

Up at about 7am, we left the hut around 8:20am and continued along the ridge in bush, descending to Waiopeoa Hut for a short break. From there the major climbs were over, with the track flowing the lakeside edge. Korokoro Campsite was our lunchtime stop, but not before dropping our packs there and making the 45 minute excursion to see Korokoro Falls.

The afternoon was a comfortable walk to Marauiti Hut. With our party, the hut was full, but early evening another group of three arrived. Everyone said they had bookings, but there was obvious suspicion that someone hadn’t! Our Saturday evening meal was Pesto Pasta.

We repeated morning timings on Sunday arriving at the very large Waiharuru Hut for a morning break. On the way to Whanganui Hut we met another group who said the hut had been full the night before with a large fishing group staying. We arrived 12:30pm at Whanganui Hut to find more people at the hut than bunks, and it is not a generously spaced hut. To avoid suspicions in this case all groups got our their bookings and indeed, everyone had booked. DOC’s old booking system (to be retired 30 June 2018) had somehow allowed it to be over booked.

We had a group huddle to consider all the options. The forecast rain had just started and was set to continue for the next day or so. Cramming 24 people into a 18 bunk hut was not the favourite choice, but as we had arrived well before the afternoon water taxi arrival, we decided to try for an early departure from the walk.

The water taxi had space, so we were back at the van by 3pm. With the weather not encouraging us to stay, we drove back to Wellington via a dinner stop in central Napier. Arriving back in Wellington around 11pm we had the benefit of a holiday Monday to sort out the post trip gear admin.

All in all, an enjoyable and successful trip, despite the booking problems.