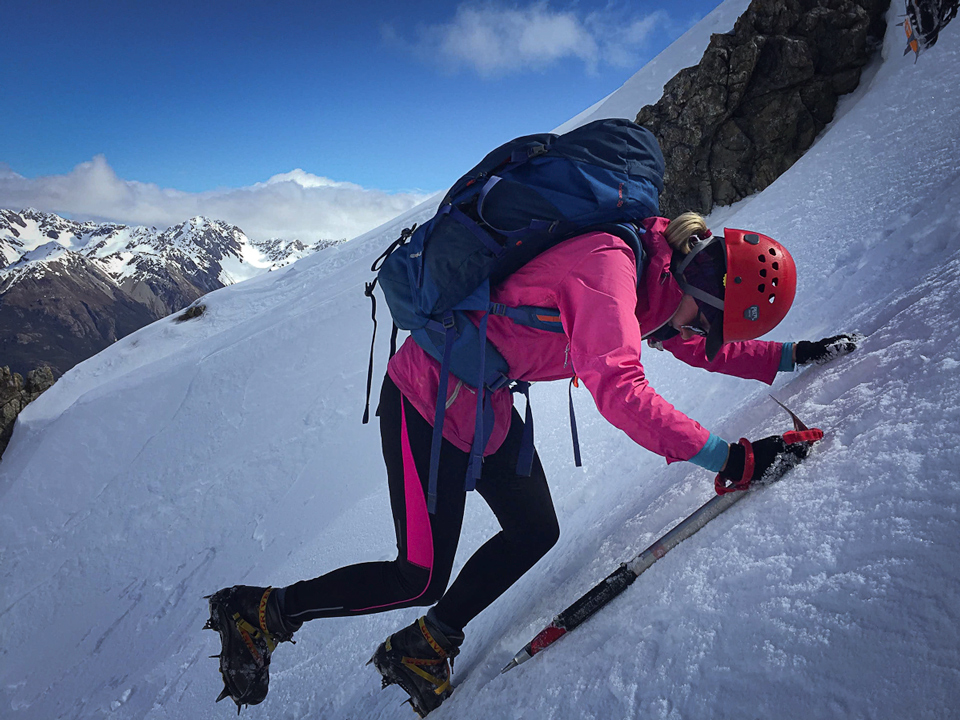 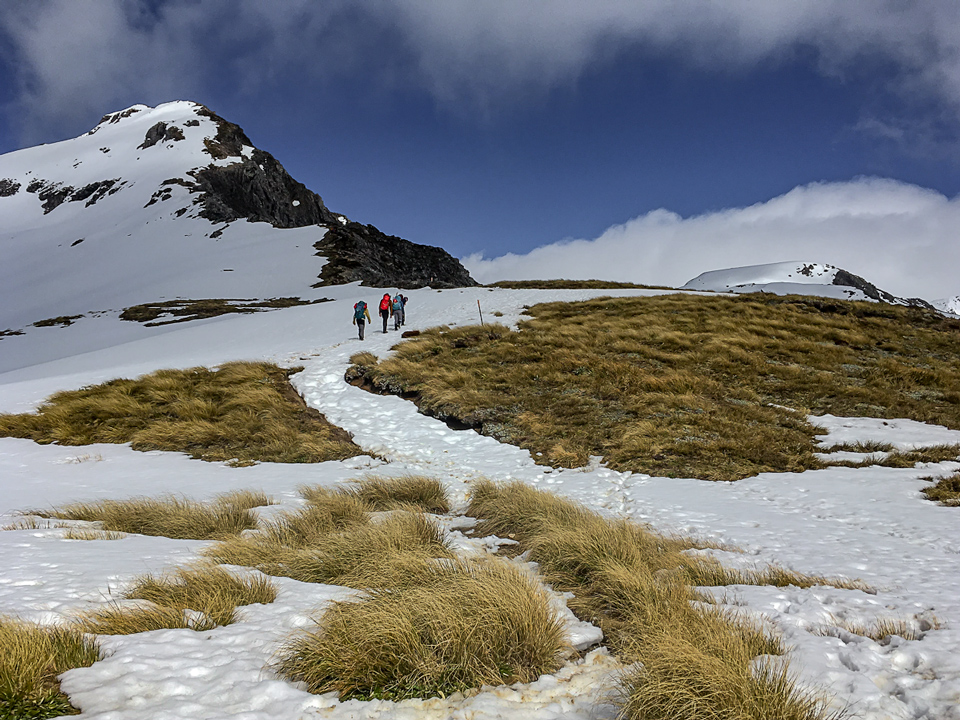 It takes courage and skills to organise an alpine tramp for a party of 20 to go all the way from Wellington to Arthur’s Pass, and our amazing Megan Sety had the courage, the skills, and much more. With at least three months of planning, she managed to put together an outstanding frontline of six alpine leaders, a diverse bunch of avid trampers, and a set of alpine plans and peaks for us to conquer. The planning was so impressively done that I am pretty sure she even managed to adjust for a weekend of fantastic weather well in advance (with the help of our guru-turned-superhero Tony Gazley). Falling short for words to thank and appreciate the paramount effort to organise such a trip, this article describes the main adventures that took place in Arthur’s Pass between the 21st and 23rd of September 2018. 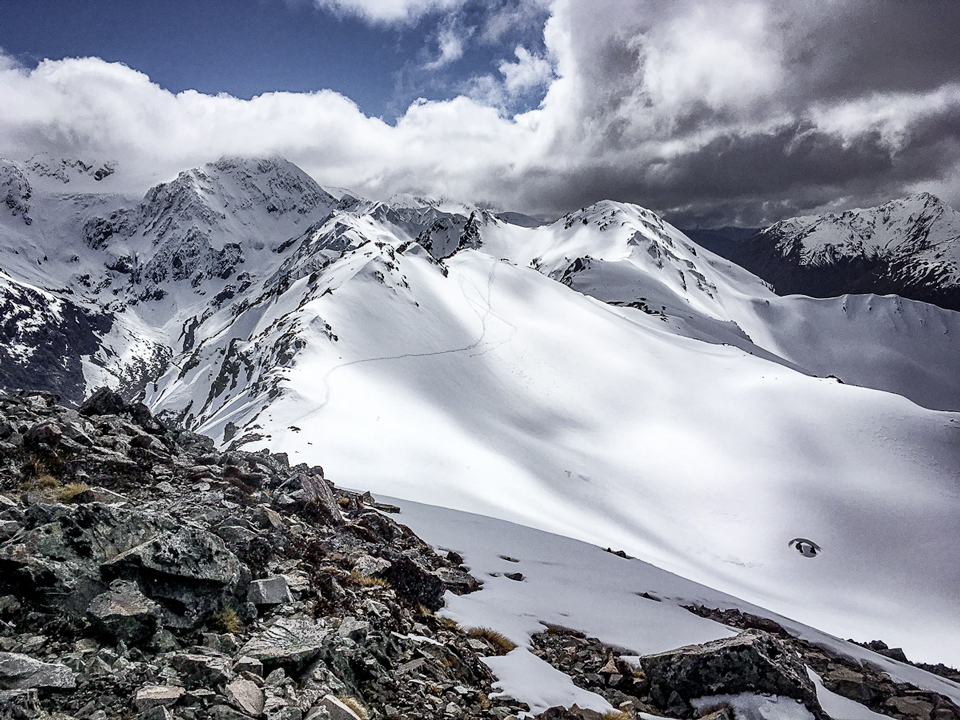 Our party of 20 was divided into three groups: the committed beans, the keen beans, and the house beans. The committed beans expected to complete the circuit, even if it meant to adjust the pace to the speed of sound or even light, if necessary. The keen beans and house beans were the optimists and the realists, respectively, who would love to complete the circuit at humane speeds. Each group had at least one alpine leader, and each leader was ready to selflessly return to the village at any point to accompany any team member not able to carry on. With a common understanding of expectations and options, we self-organised into the groups, resulting in 5 committed beans, 11 keen beans, and 4 house beans.

The committed beans managed to finish the circuit in 8 hours. If you want to know their story, just read the next paragraphs faster than what you possibly can, and you will get an accurate idea of how their tramp was. The keen beans finished the circuit in 11 hours, and the house beans returned to the village via Scott’s Track and an alternative route.

The committed and keen beans managed to climb Avalanche Peak and then head off track to climb Lyell Peak and Bealey Peak. There were some challenging climbs uphill and downhill in the snow, some of which we managed to zigzag through, some parts making use of our ice axes, and some parts required more concentration and care than others. For some of us, this alpine trip was the first one after the amazing snowcraft training course provided by our always skillful and cheerful Henry Fisher. It was great to remember and apply our training in the field, and even better to have the support of the amazing set of leaders that joined us, some of whom were also team leaders in our snowcraft course.

At the end of the day, we celebrated our achievements with a delicious dinner and desert, followed by some plan adjustments given a change in our weather forecast for the next day.

On the second day, we decided to travel for an hour to the Broken River ski club in Craigieburn Range in order to climb the Nervous Knob, following the brilliant suggestions by Tony Gazley. Our decision to drive all the way there was mainly to avoid rain and fast winds, but also the weather forecast was promising and lived to the expectations. Still, some winds at more than 90 kph were the expected for Nervous Knob for the late afternoon, so we had to consider this for our return time. Our starting time was at 8 am, and our return time was again at noon in order to be conservative for the weather forecast.

The committed beans not only climbed Nervous Knob, but also went all the way to Hamilton Peak, and probably they could have managed to tramp through the mountain ranges all the way back to the lodge 40 km away in only a few minutes (but they preferred to take the car). The keen beans and house beans climbed Nervous Knob, continuing to practice and learn alpine skills. Perhaps Nervous Knob was not as challenging as Avalanche Peak, but there were a few parts where we needed to be very careful given the presence of cliffs nearby. We finished our walk at the ski club to have our lunch and some remarkable caramel pies after we were suggested twice by trampers while they were going up ski field via the lines. We realised later on that the two trampers were actually the same person, who was probably the owner of the ski club, and probably the person who prepared the fantastic caramel pies.

We drove back to our accommodation to have dinner, dessert, and plan for our third day.

For our third day, most were inclined to have a relaxing day: some because of pain related to previous tramps, others because they needed to get ready for a fourth day tramping, and others because they felt already accomplished. However, this was not the case for six people from the different beans. This new group of beans, the compost beans, managed to recycle some energies and headed to Foggy Peak. 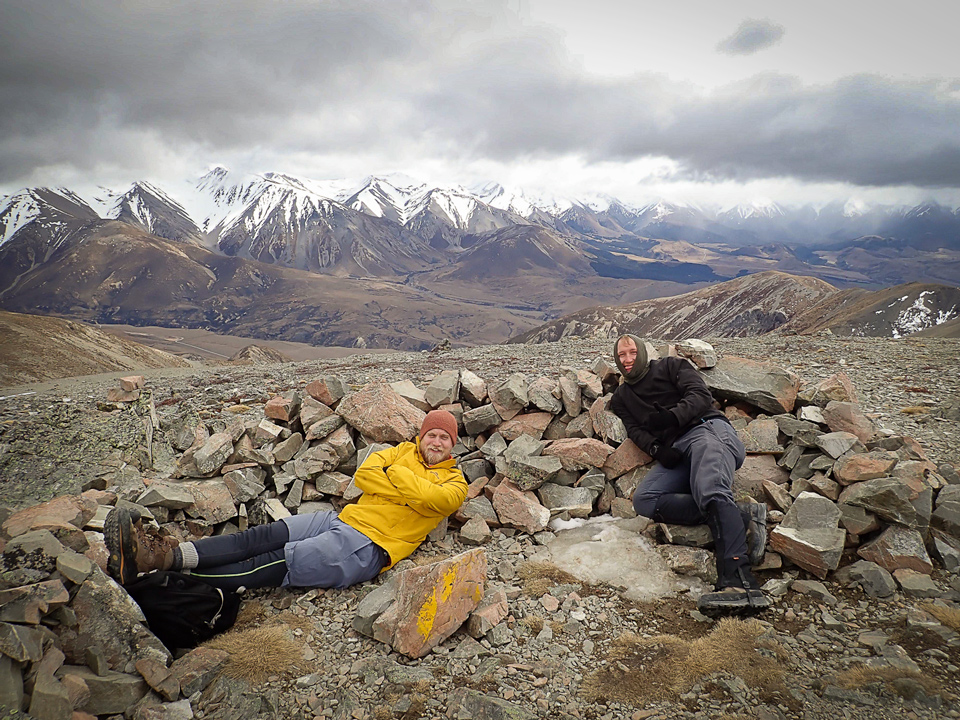 The elevation of Foggy Peak is 1741 m, and the elevation of the road is 942 m. Leaving the cars behind, our steady climb started. Before halfway to the peak, three beans had already decided to return for different reasons, two were committed to reach the peak, and one was hopeful that the previous two beans would wait for him to reach the top. They did wait, but did not have to wait too long. The views from the top of the peak were magnificent: 360 degrees of beauty beyond words, just like the previous two days. We stayed for a few minutes and then ran downhill. The climb up took us 1 h 45 m, and the run downhill between 30 and 45 minutes. After this, we felt accomplished and we gave closure to our amazing weekend. Our next goal was to celebrate with some drinks at the airport, but not without first “tramping” the beautiful city of Christchurch for an hour, where we visited the cardboard cathedral and surroundings.

Thus far, we have talked about the committed beans, the keen beans, the house beans, and the compost beans. However, a fifth type of beans, the magic beans, were quietly and magically distributed across groups the previous days. These magic beans decided to stay for a fourth day of alpine tramping, after all the other beans had left.

The magic beans decided to drive back to the Craigieburn Range in search of adventures under good weather. From halfway up the road to Mt Cheeseman ski field, they walked up Hogs Back hill before carrying on up to Mount Cheeseman and then traversing to Mount Izard and Mount Cloudsley; returning to their car via the Long Spur. They got some spectacular views and eyed up some new places to explore for next year’s trip schedule.