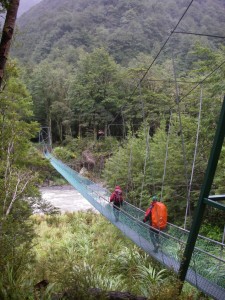 There are all kinds of hard yakka trips, but to qualify they must test you to breaking point and beyond. A recent trip back in to the sunny Tararuas cracked me. Not so I couldn’t be put back together again, but I definitely did lose it.

Hard yakka trips come from my husband Robert. There was an ocker TV ad for Yakka work wear in the 80’s and 90’s which stuck in the cultural collective mind at the time that relates: http://www.youtube.com/watch?v=3N4vxMuxjKg.

Once you’ve heard the song, imagine yourself already sunburnt from the ferry ride trudging up a beautiful sand beach, a very soft sand beach, in the sweltering midday humidity of Queensland. Sweat runs like a river off of you but gives no relief. You have to spare the water you carry as there isn’t any other except on the other side of the sand island, a 10km sand wallowing trudge over numerous dunes away. The ocean looks attractively cool, but you know from the ferry ride it is packed chocka full of tyre sized jellyfish with meters long tentacles. The ferry won’t be back for two more days. Cue Robert quietly singing the hard yakka song…someone’s screaming…and I think it may be me! Ah the fun we had. The memories! 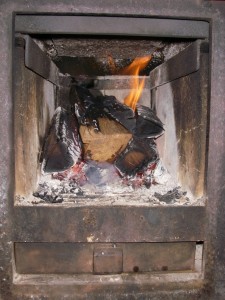 So the Tararuas trip isn’t really hard yakka, as it lacked any element of ‘death march’ but it certainly tested perseverance and I was shown wanting near the end. The forecast was for ‘typical crud’ but it turned out to be worse than that. The wind was already up in the kiriwhakapapa car park. We ascended in to cloud and then light rain with rising wind before stopping at Blue Range Hut to overnight. It rained and blattered with even thunder overnight, but with some improvement in the morning on the rain and thunder front. With only a short pop over the tops to do we decided to stick with the plan after discounting the option of doing the trip in reverse.

Appetite for the trip diminished to zero however by the time we came to our turn off and we ended up descending to Cow Creek Hut to make further plans. Any tops was going to be a real challenge, with a creek to cross at the end of the day and difficulties staying together and grounded on the tops. In the shelter of Cow Creek Hut the options were discussed and I was pleasantly surprised to have mine win out – slothing all weekend in the hut! I set to lighting the fire at once before anyone got keen to head out again. 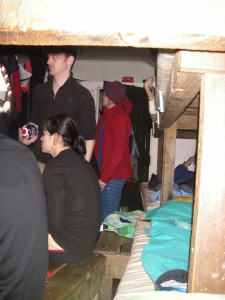 With the fire going and us fed it was natural to drift to the bunks to read and then to snooze. In to our hut’s fog of sloth ventured another club trip. Great! Entertainment! But they were 8, we were 4 and the hut held 6. Options were discussed and in the end none of our trip moved from their bunks of sloth. So our bunk slothing continued on and on unabated. I had another brainwave the next morning, figuring it would be easier if we stayed slotted in our bunks until the other trip left. By now I had a bad case of cabin fever which could maybe be blamed for this departure from sanity. Over an hour of watching people stuff things in to other things, find things, lose things, unstuff and restuff things, I finally lost the plot. I was screaming on the inside. I’d cracked. I just could not do it anymore. I had to leave my bunk. I had to pack. I had to plan to leave the hut. I had to get back on with life.

One of the least noted essential tramping skills is patience and maintenance of sanity when waiting out the weather. The ability to while away days doing nothing at all is vital. Otherwise you will go mad and eat all of your food. I need to practice, but if the year continues the way it has so far I am bound to get such chances.

Thanks to my trip party who were so easy to get on with in the face of adverse weather – it’s easy to be nice on good days, bad weather is the real test of companions. Thanks to the other club trips who brought support, entertainment and tolerance.