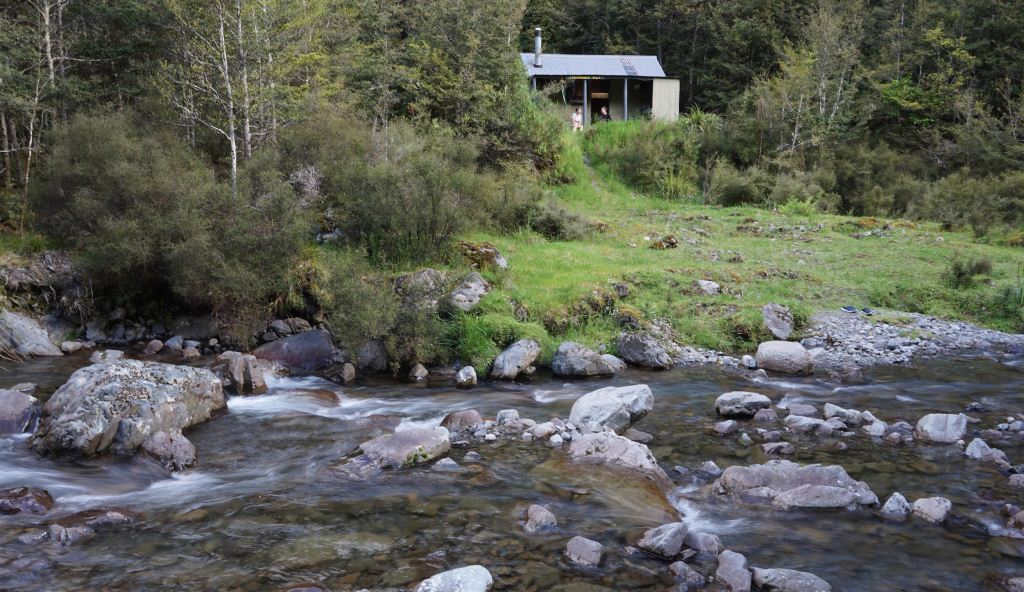 The lure of Christmas shopping, or perhaps the panic of not having done it earlier, meant that there were only three of us on the medium tramp to Triangle hut in the Ruahines the weekend before Christmas. We shared transport with the equally select ‘gourmet’ easy tramp  group of four who were heading up to Rangiwahia hut.

There was almost no traffic heading out of Wellington, so it was a quick an uneventful trip to the dinner stop at Bulls and then on to our overnight stop at the campground at Mangaweka.

Saturday morning dawned fine and calm and everyone was looking forward to getting out on the track as we made the short drive to the carpark at the end of Renfrew Road.

The track is a popular and well-maintained, so it was a fairly easy couple of hours walk up to Rangiwahia hut. There will fairly regular stops along the way to admire the view of Ruapehu and Ngauruhoe, and even Taranaki in the distance. 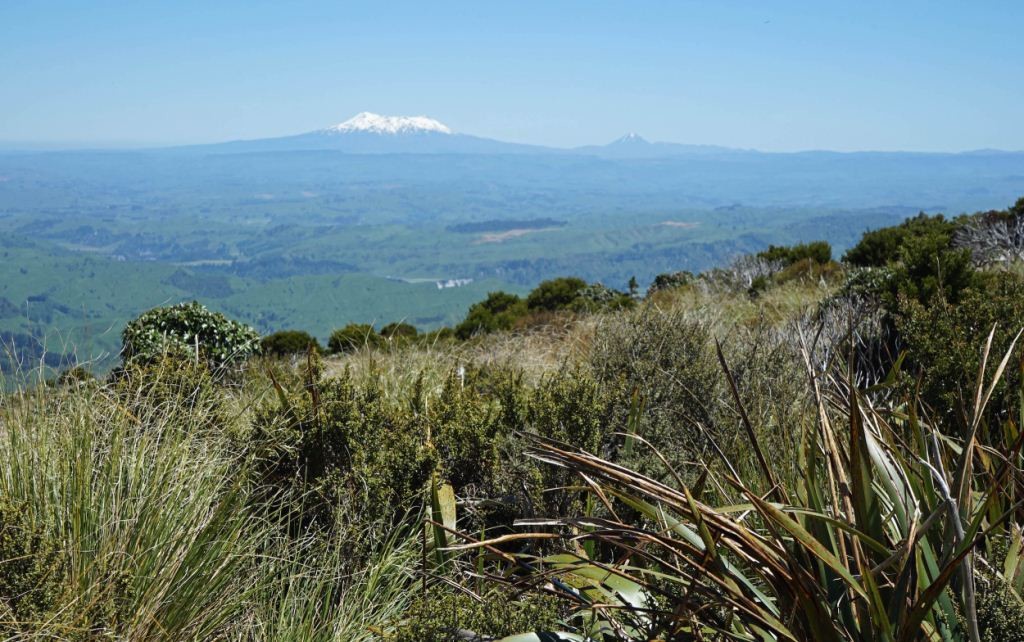 We stopped for lunch at the junction with Deadman’s track, where we could see our destination some 700 metres below us. 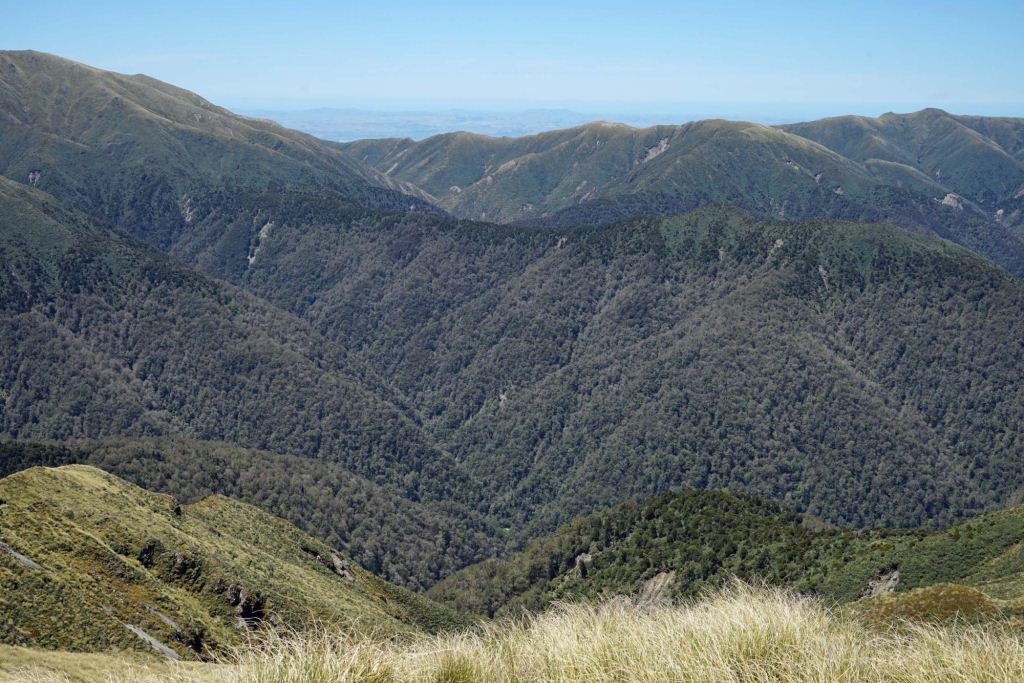 After lunch we began the descent down to Triangle. The track is generally petty good, but there a couple of fairly step sections, one near the bush-line which is rocky, and the final descent down to the hut.

After getting to the hut at about 4:00pm we enjoyed sitting in the sun for the rest of the afternoon. 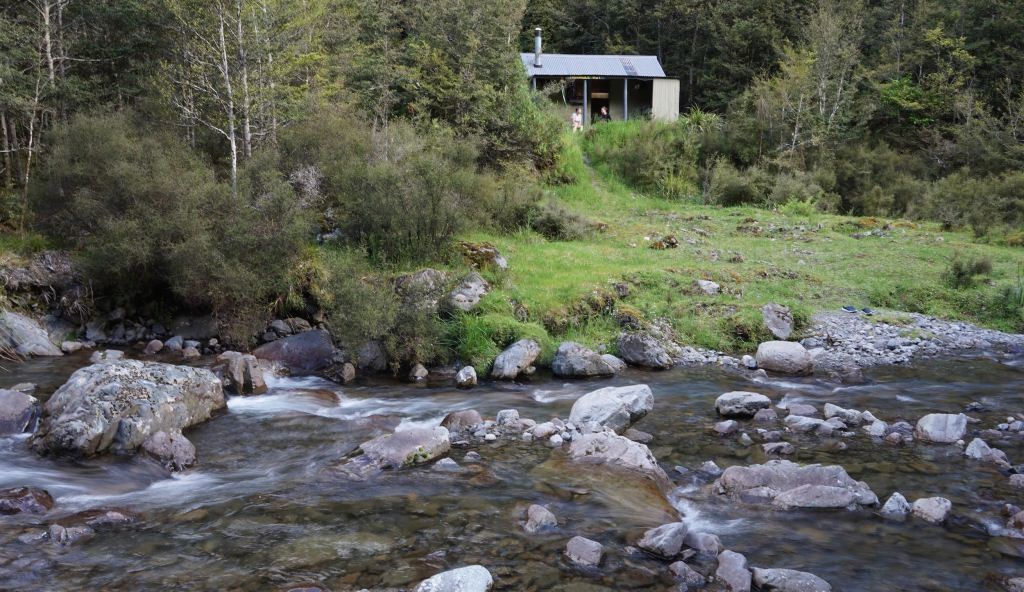 After a dinner of the ever reliable smoked salmon pasta from the club recipe book it was a relatively early night, as the plan was to get away in good time the next morning.

We were able to get away before 7am the next morning and make the steady climb back up the hill.

For a bit of variety we headed back to the road end via Deadman’s track. After a short,  steepish, and muddy descent from the high point of Mangahuia the track was straightforward, but there was a bit more wind and not quite the same views as the day before.

The easy group had a more leisurely start, so we ended up arriving back at the carpark just after they did.

After another uneventful trip back, apart from a stop for some excellent ice-cream at Otaki, we were back in Wellington by mid-afternoon.

Overall, it was a great weekend and an excellent way to avoid the crowds on what is apparently the busiest shopping weekend of the year.