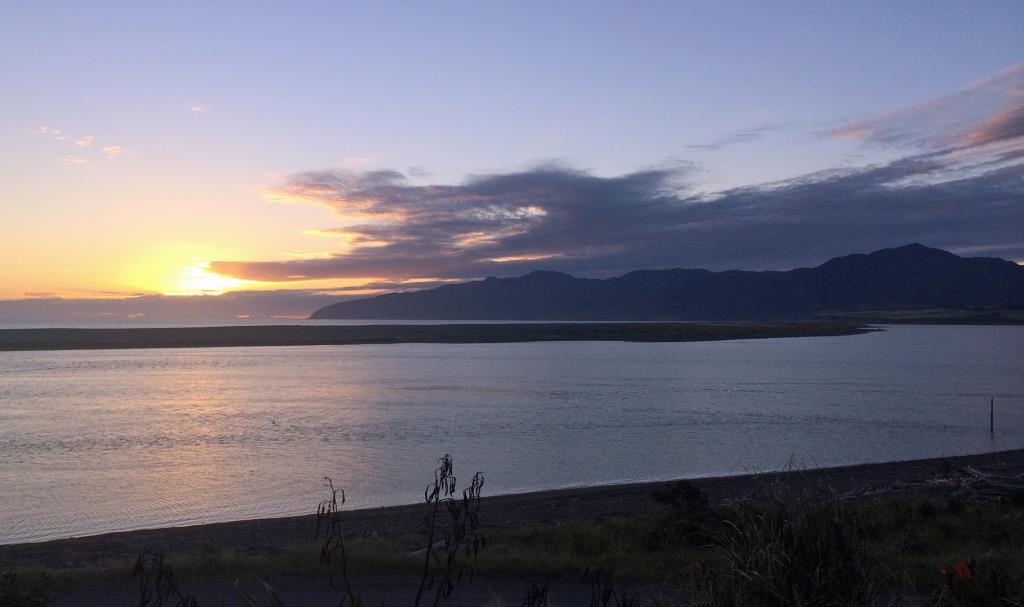 The trip was listed as a navigation trip to Pararaki Hut but as the logistics with the other groups made it possible, we took the opportunity to do the full Aorangi crossing from the Pinnacles down to Mangatoetoe.

On Friday evening we headed across the hill and stopped at the Lake Ferry Hotel for dinner. After enjoying a good meal sitting outside on a rare perfect summer’s evening, it was a short drive to the Pinnacles campsite.

Saturday morning dawned fine and clear without a breath of wind. As the others headed off in the van down to Mangatoetoe, we started our first climb of the day, stopping along the way to enjoy the views of the pinnacles. It was a steady ascent up to point 708, where there were great views across Palliser Bay.

After taking a bit of time to admire the views, we descended down to our lunch stop at Washpool Hut.

After lunch there was a steep climb of about 500m. The climb and the hot summer sun meant that there were plenty of breaks on the way up. After getting to the top, everyone was looking forward to getting to Pararaki Hut, so the descent to the hut was achieved quite a bit faster than the climb. Arriving mid afternoon gave us a couple of hours to enjoy the rest of the great summer day.

We had the hut to ourselves, and after a dinner of the ever reliable chorizo couscous, it was a relatively early night.

Having two perfect days in a row was a bit too much to ask this summer, and the next day dawned with some cloud and wind. Continuing the theme of the weekend, the track started with a short, steep, 100m climb to get the blood flowing.

Once we got to the saddle about 1km south of Pararaki hut, instead of following the track siddling around the hillside we did our only bit of off track/navigation of the weekend and followed the stream from co-ordinates E1792479, N5401410 down to co-ordinates E1792311, N5400474. The stream was good traveling with no real obstacles, although it wouldn’t be recommended in rain with the steep sides providing few bail-out options.

We came out from the steam where the track turned south-west, and it was an enjoyable walk along the stream down to Kawakawa hut. After a brief stop at the hut to take photos and re-fill water bottles, the track headed up another stream. 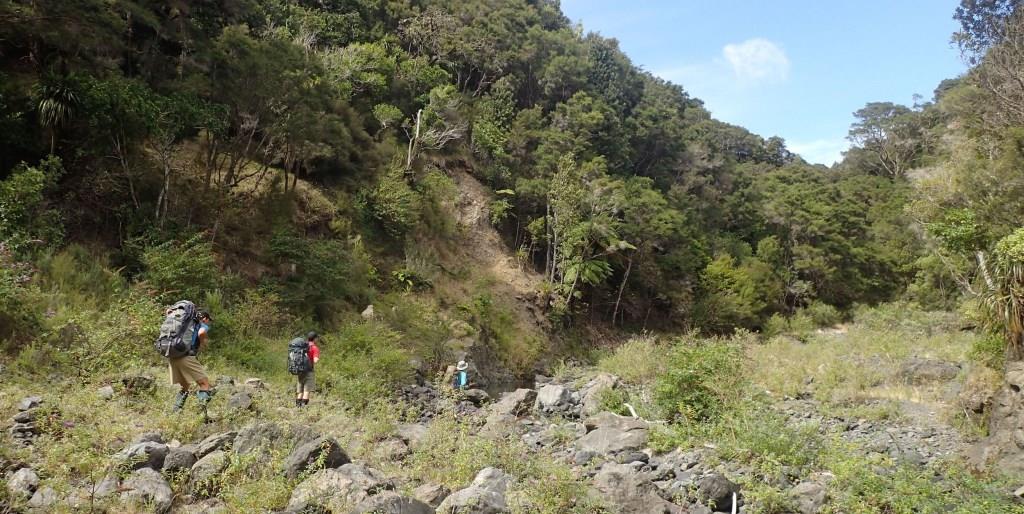 The track left the stream for the final steep climb of the trip up around a slip over a saddle and then descended down to the upper reaches of the Mangatoetoe stream. From there it was a matter of following the stream down to Mangatoetoe Hut.

After lunch at the hut we kept on heading down the stream to the coast. About 1/2 hour before getting to the coast we encountered the only other people we saw since leaving the Pinnacles campsite, three hunters heading up to Mangatoetoe.

Once we got down to the coast we didn’t have to wait long until the van appeared to pick us up. Overall, it was an enjoyable weekend (apart from the ongaonga) and a good solid medium tramp.

Animals encountered over the weekend

One cow, one bull, two sows with piglets, various sheep.