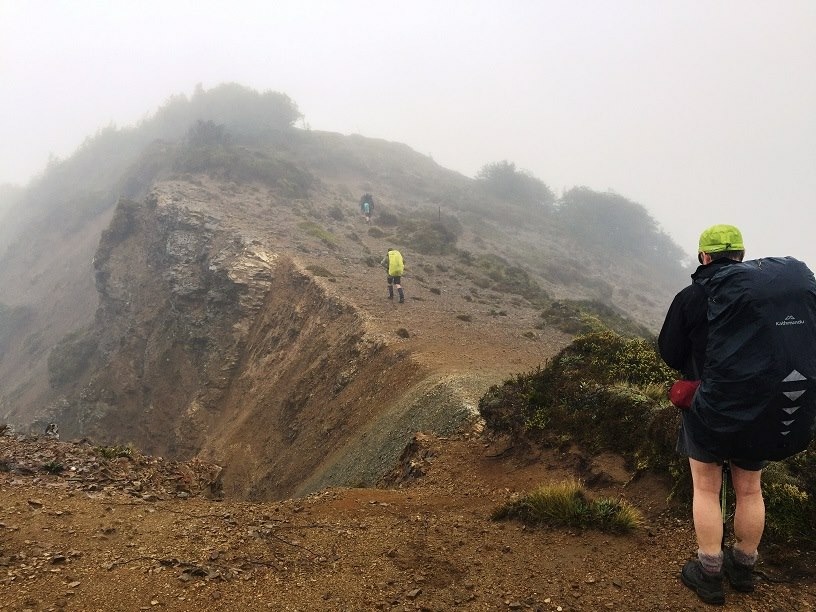 We headed for Bulls which was our dinner stop, then a short 40 min drive to Mangaweka camp ground – our destination for the night. We were all in bed at 9.30pm to get a good sleep as I told the crew that there is a steep hill first thing when we get to our track. Catherine laughed and said, “ You never hear anyone say that there is a nice downhill first thing”.

We had a leisurely morning and we were ready to go at 8.30am to drive to Kuripapango – our road end. We were all keen and making good progress up the hill but as we got higher the weather got worse. It was still warm but drizzly. I was hopeful that there would be some breaks in the weather so we would get a view. I was constantly assessing the terrain to see if EM was the correct grade as it got quite steep with some slips on the way up, and we were already thinking about executing plan B, which was to go to Kiwi Saddle. We had lunch in the trees at the top of Kuripapango knowing that we had another 100m to climb, but I reassured everyone it is mainly flat once we got to the top.

We all joked at the top and admired the mist, and when we got to the junction for Kiwi Saddle (30min) and Cameron hut (3hrs) we all had a talk about out plan from here. Weighing up all options we decided to push on to Cameron hut as we still had lots of day light and it was downhill. 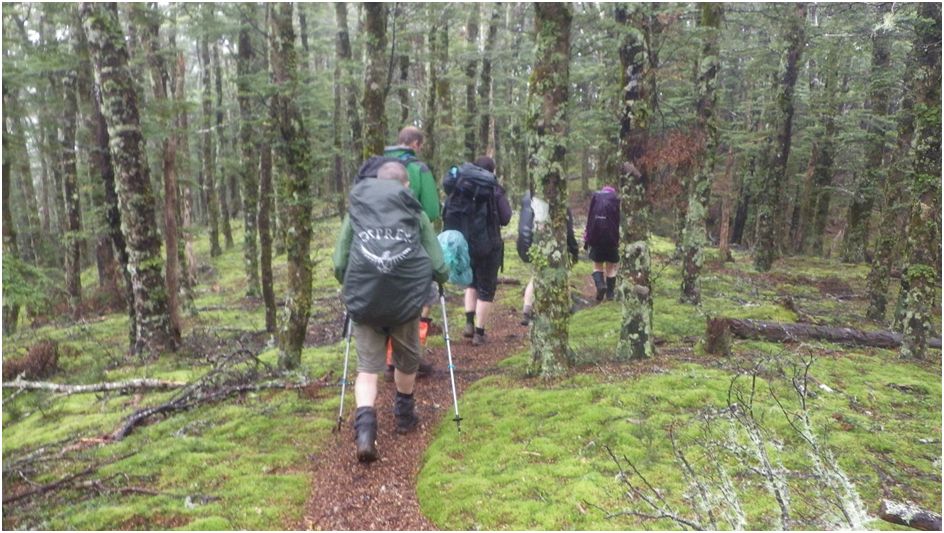 This section was quite good with some steep drop-offs and ridges to go along, no problem for the group I had. This section took about 2 hours, then it was the “very steep” downhill section to the hut. When we got to the downhill bit I heard a chuckle from the front, and if I am correct some were wondering if that was the correct way down as it was so steep. The front was onto it and suggested to go down using switch-backs to minimise the angle. I told the group that this was the M in EM, but on the inside I was thinking it was pushing the EM grade.

At some stage down the hill the drizzle stopped and the mist cleared to give us a good view of the river – this was good to gee people up as we all knew the hut was by the river. 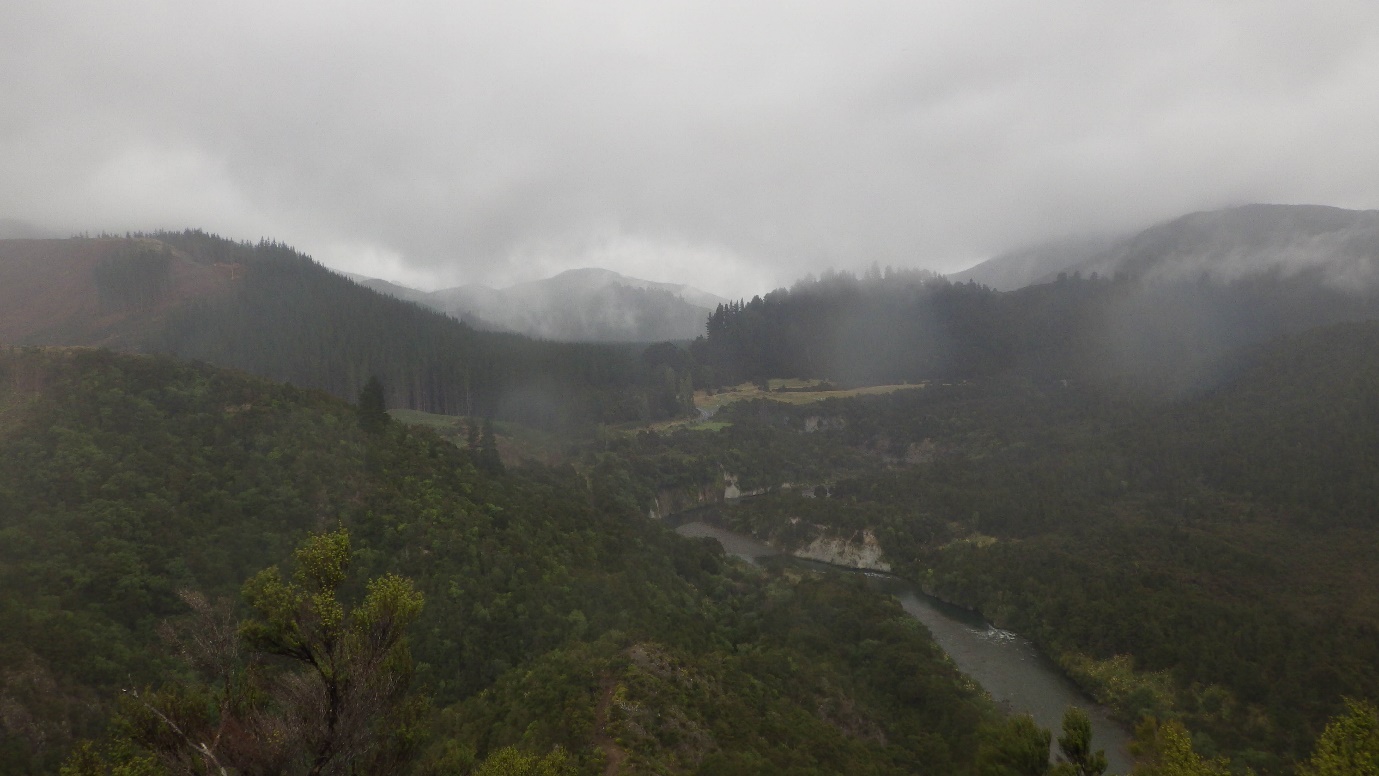 About ¾ way down the hill there was a slip which needed some clever negotiating, sliding, grabbing roots, and small trees. I got the feeling it was pushing some to the limit, but they knew we were not going back and needed to carry on – I was impressed with everyone’s effort here after almost a day on the go.

We finally got to the hut – everyone was relieved, tired and looking forwards to the evening meal –Chris did some fishing but came back empty handed. His excuse was that he “ just couldn’t figure out what the fish were eating”. So tinned tuna it was. 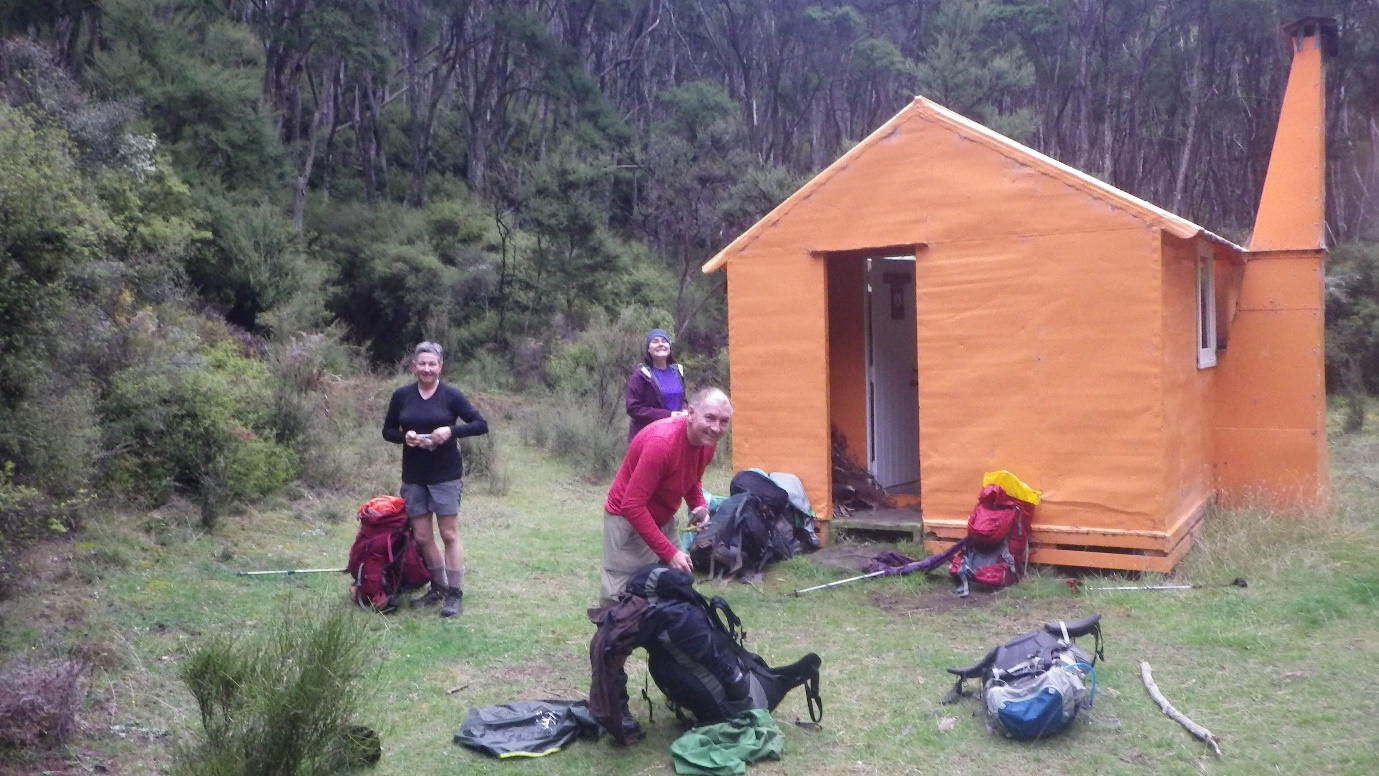 Everyone felt satisfied with the day’s tramp and a short chat about the next day’s plan and we were in bed at 9pm. I was hoping that it would not rain overnight as the plan was to take the river route back to the van.

There was a little bit of rain but not much overnight, and the next morning it was cloudy but dry. The instruction suggested 20 or more river crossings to get back to Kuripapango. It started well with a long section on the river bank but it wasn’t long before we had crossing number one. This was actually one of the hardest as there were big slippery rocks in a fast flow. We went across in groups which gave us a bit of stability, then on to the next one.

The 7-8 km river section had some bush, river bank, shallow river, deep pools and two deep fast sections where we all linked up. Again I was impressed with the effort everyone put in as some bits were not easy. 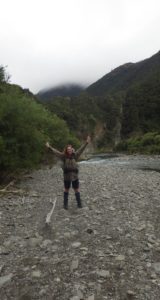 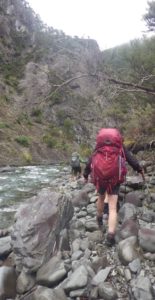 After we had gone just over halfway, we found a nice area to sit for lunch. The sections from here looked wider and went a bit quicker and it didn’t take long for us to get to the familiar section from sat morning to get us back to the van.

The whole group thought it was tough in places and some were pushed with their capability, but this was all good experience and very satisfying to have achieved it.