We arrived at the road end in one piece, and were greeted with some wandering chooks from the nearby farm. There is a long drop at the road end, and a big map of the Tararuas with a log book to sign. Once toileted/sunscreened, I attempted to do some leader-like things such as telling people to follow the orange triangles and not to leave me behind! We set off on the track at about 10.20am. After wandering through the long grass for about 15-20 minutes, the track started in earnest. From there, it took us over an hour to climb to the first (and only) marker of the track – a junction between our route and the route to Ohau River.  The mud was thick and gluey all the way up.

From the junction we took another four and a half hours to reach the hut. There are no noticeable features to help break the journey up. There is a spot called “Bush Corner” marked on the map, however we couldn’t tell what it was. We thought it might be the only little bit of open ground along the track, about 45 minutes from the hut. Otherwise it was a muddy uphill slog. At one point, maybe just before half way, there is a wee window formed by the trees where you get a bit of a view. Then perhaps an hour before the hut we saw a tree painted pink. Although we may have been delirious at this point. Either way, the hut was a welcome site. 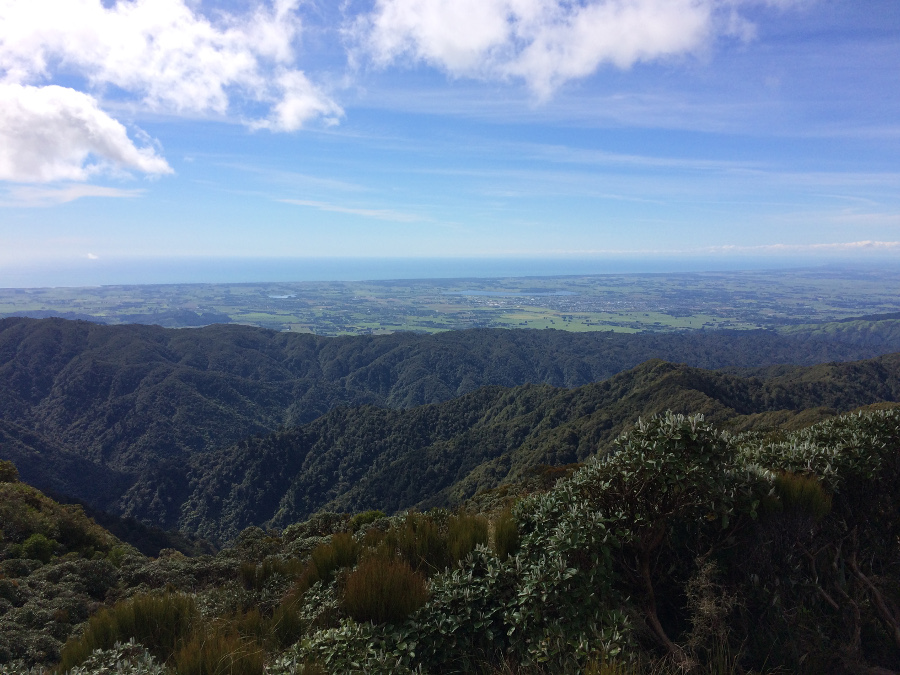 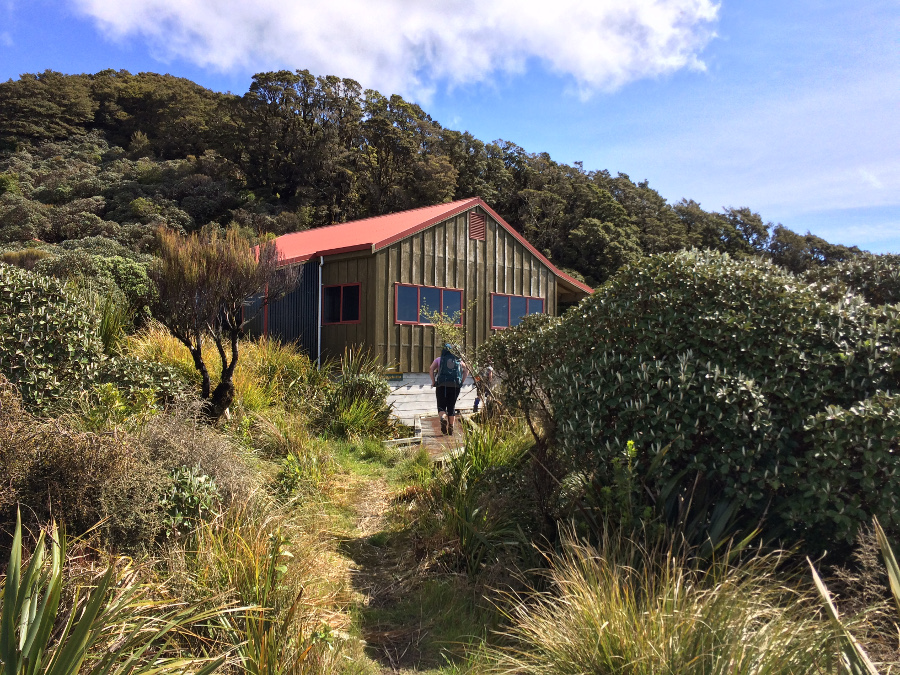 The hut is big and quite modern. It has a balcony looking back over Levin towards the sea. However once the sun goes down it can get very cold, and there is no fireplace. It is also quite high so I found that clouds were getting stuck on the hut and making the things left outside wet. Luckily the hut was almost full the night we were there so it was relatively warm.

I woke everyone up at the uncivilised hour of 6am on Sunday morning as I had a plane to catch (I really did!) Everyone was very kind about it (at least to my face). We set off into the mist and rain at 7.05am. Rachel set a cracking pace down the ridge, and we ticked off the open spot and the pink tree in less than an hour. After some more downhill slog, and focusing on nothing but Sun’s little yellow rain jacket clad figure in front of me, we arrived back at the junction some time before 11am. Our pace slowed on the last leg, and we popped out of the forest and into grass at about 12.15pm. 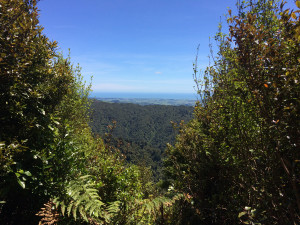 After changing into some dry clothes and successfully navigating the silly little bridge, we sped back home to Wellington, arriving at 3pm at the Railway Station. This gave me time to get home, shower and catch my flight in good time!

T’was a very nice weekend with a nice bunch of people! 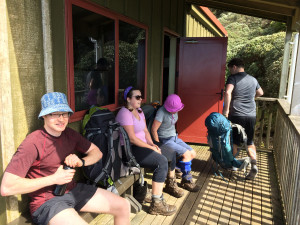