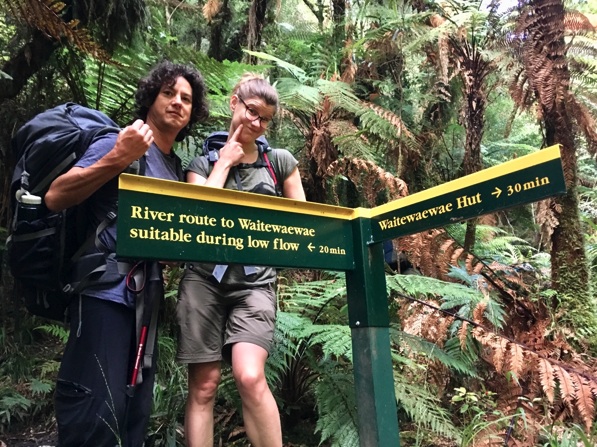 Our adventure began at 7:45am on the Saturday. We rendezvoused at platform 9 at the railway station. Everyone was very prompt and raring to go which meant we were on the road at 8am. The day was stunning: beautiful big blue skies and with the traffic playing nice and some skilful driving from Tash on the Otaki Gorge Road, we were safely parked up at upper Otaki Forks Car Park by 10:15am.

With toilet stops and sunscreen applied, we were ready to set off, walking down to the lower car park and crossing the swing bridge. As we climbed the river terrace we were out in the open, taking in all the glorious sunshine, which meant we all warmed up pretty quickly . The track was nice and easy it and we followed it till we dropped down to a second swing bridge. 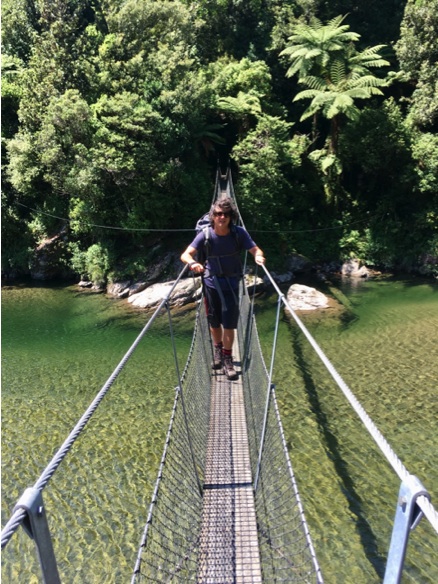 The track then climbed up again and at the junction of the original track, we took the new one as the old one was closed due to a large slip. From here the track sidles up through three creeks (Papa, Plateau and Saddle), the path is kept interesting with logs and tree roots to navigate through as you reach the plateau, which is around the half way point. The track then drops a way and you cross a lovely stream with a small campsite to arrive at the junction with the old track, which is marked with a few orange triangles. 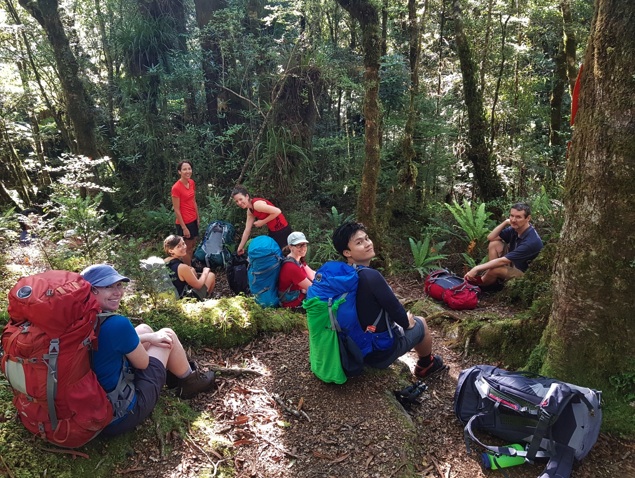 From here it was time to head down again, the track wasn’t muddy but there were still some good root hopping and clambering to be done, and often it was hard to spot the navigation triangles. 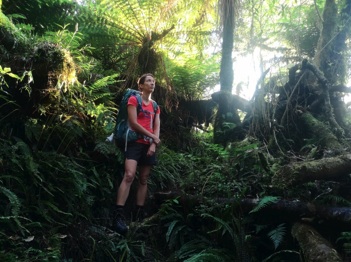 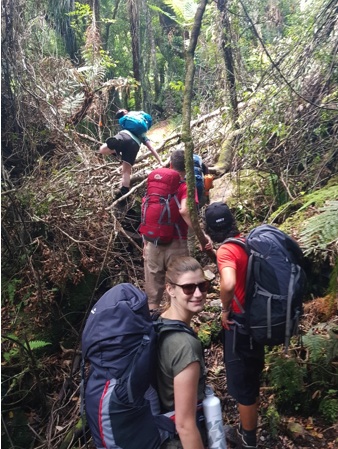 So that everyone could walk at a good pace, our group split into here. At the bottom of the hill a ’20 min to the hut’ sign enticed the lead group to take the alternative vs main track.

The lead group marked their route with a stick, which had the rest of the group following in their footsteps down to the river route. Crossing to the Otaki River from the river route resulted in a few spills, nothing serious but it kept it interesting. Now on the river bank, it was time to put our navigation skills to the test, as there was no marked track to the hut. 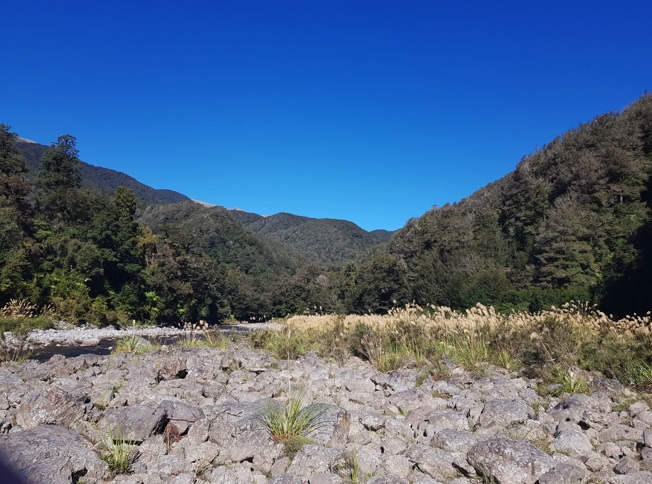 A few scouting missions and a group discussion led us to follow the river bank 10 mins in the direction of the hut. Then after crossing the river and with the water level low, we made the decision to walk up the river to the hut. Our unexpected river walk ended up being the highlight for most of us on the trip, though it did take us over an hour vs the 20 mins we thought! The total walking time for the day was 8 hours which was a bit more than the 6 hours DOC suggested.

Arriving at the hut, we couldn’t get enough of the water so we went back to the river for a proper swim. From here the hangry ones took charge of preparing the Moroccan couscous which got an A rating from all involved, including Finn the dog who had it for breakfast the next morning. The hut itself was in great condition, as we learnt it was the first DOC hut designed by an architect, so had great windows in the kitchen area, plenty of space for drying and storing bags in the sleeping area. It was just our group plus two other hikers and the lovely Finn.

We headed off about 7:15am on Sunday, this time taking the main track, which though in good condition, took us an hour vs the half an hour stated. We then began the climb back up, it was made easier as the markers were clearer heading up the hill. Arriving at the top of the hill we took our first break and then crossed the plateau till we reached the half way point.

It was then back to scrambling over tree roots and a few rogue trees that had fallen on the path. Our last tree scramble had the group undertaking a search and rescue mission for Anna’s lost sunglasses. Andrea came up trumps, which had Anna smiling again. From here we headed down the to the railway track whose smooth, wide terrain was a welcome change. 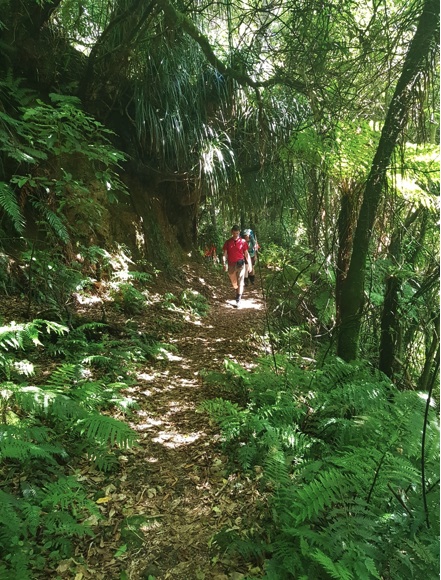 At the junction of the old path we had a team photo, which included us breaking the punga log we sat on. 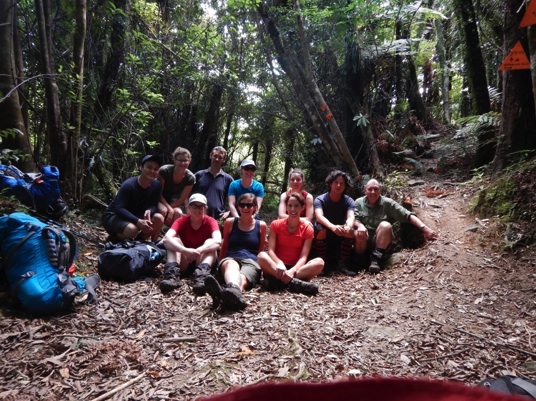 Now it was time to head back out of the bush and back into the heat of the beautiful day; as Ian so aptly put it, whenever we entered the shade ‘gasps of pleasure rippled through the group’. After we crossed the first swing bridge, it was a race back to get to the shade of the van. In total it took 7 and a quarter hours to get back to where we began at the upper car park. After a quick refuel on water and snacks, it was back in the van to Wellington.