After the usual Friday departure, a quick trip out of Wellington, and the regular Friday night stop for dinner we got to the road end for the EM group near Dannevirke at a reasonable time on Friday night.

The next morning we drove to our road end, Kashmir Road, with a quick stop in Dannevirke to get water – and coffee. As we were planning to come out via Daphne Hut on Sunday we left the van at the Daphne car park. This turned out to be a good decision, as the track up to Moorcock Saddle was pretty rutted and not in great condition.

Plan A was to get to Howletts Hut by way of Longview Hut and then along the tops via Otumore and Taumatataua. But there was strong possibility that we might have to change the route following the heavy snow falls a week or so earlier.

Switching to a plan B seemed even more likely after talking to a couple of guys at Moorcock Saddle who had tried the same route the day before, but had turned back to Longview after encountering knee-deep, soft snow once they got up to Otumore.

We decided to head up to Longview and assess the situation there. As we got closer to the hut there was more and more snow, with quite deep patches in places. So, it would have been slow going along tops. Plus, there was quite a lot of cloud, and wind. Therefore, after having some lunch and warming up at the hut, we made the decision to head to Daphne Hut via the ridge that joins up with the track to the hut via point 1189. 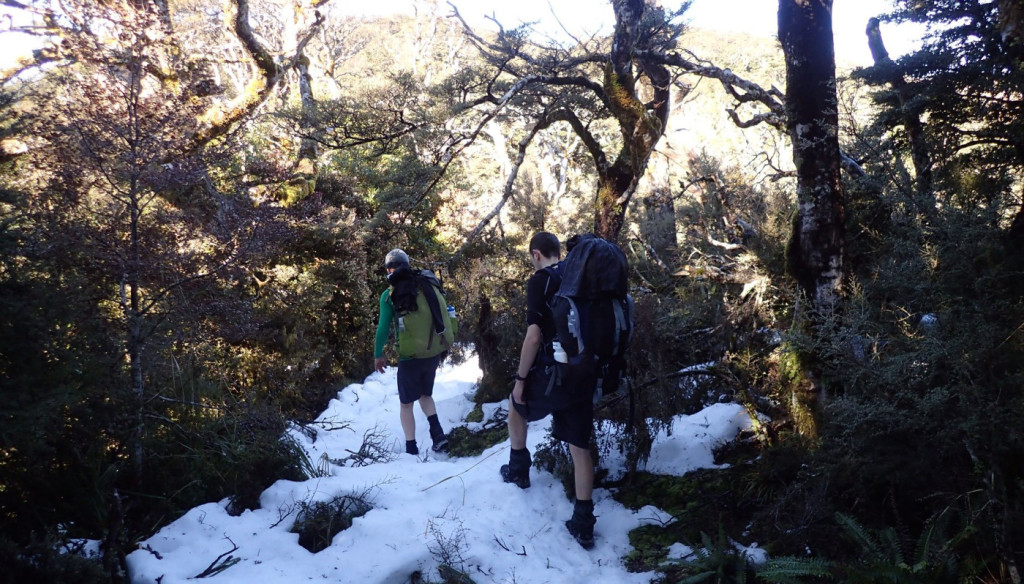 Although it is not a marked track or route it was fairly easy going as the main ridge line was relatively free of snow. There was a bit more snow where the ridge dropped down to the track which slowed progress down a bit, as did the process of making sure we went down the right ridge.

When we got to the track it was slow going in places with snow drifts and lots of branches that had been brought down by the snow fall. However, once we dropped below about 900 metres, the going got easier.

The hut was a welcome sight when we got there at around 4:30pm. We had it to ourselves and according to the hut book we were the first people to stay there for about a month.

By the time we got there the weather had cleared, and looked like it was going to be a clear, cold night, so Stu did a great job of getting the fire going to warm up the hut with the limited firewood that was available. After a plentiful dinner of chorizo couscous, we were all in bed in good time.

The next morning dawned clear and frosty. This was a nice change from the previous day’s conditions, but did mean that our boots (which had been left outside) were partially frozen. This, plus the half hour of river travel to start the day meant that it took quite a while for our feet to warm up.

The trip back to the van was pretty straight forward, although we took the opportunity along the way to enjoy a beautiful day and the views of the snow-capped Ruahines. 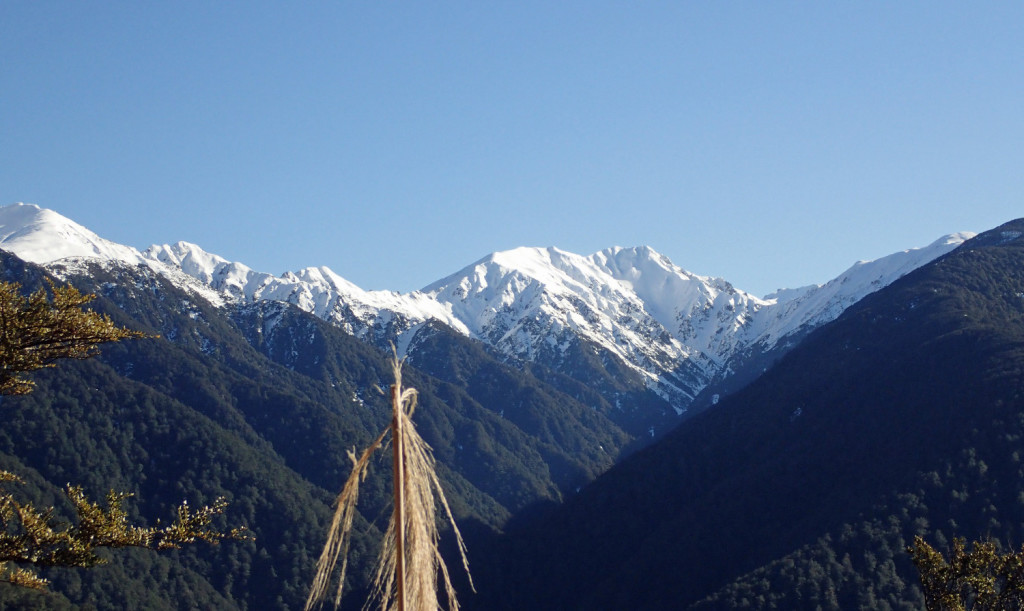 After another stop in Dannevirke for coffee, we picked up the EM group in the early afternoon, and were back in Wellington in good time. 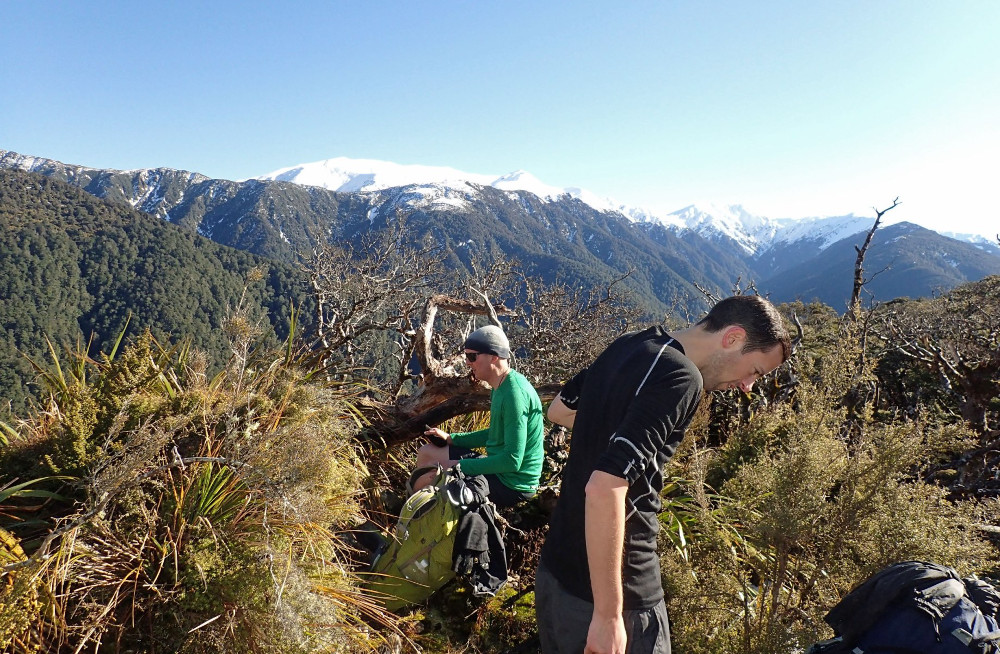 Thanks to Stu and Matt for making it another enjoyable WTMC tramp – even though we didn’t get up to Howletts,