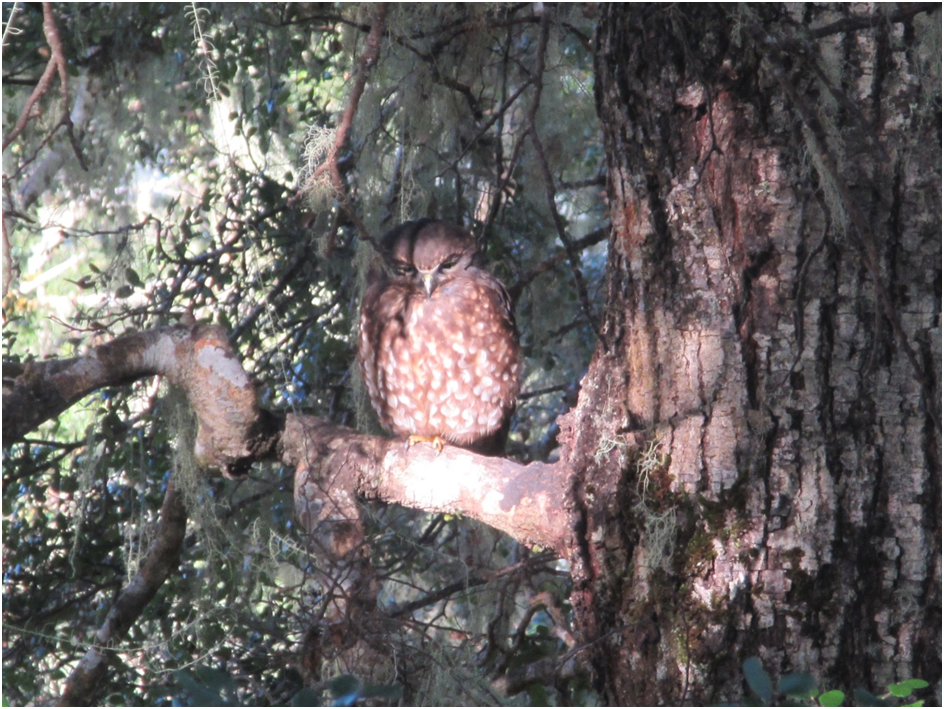 I signed up to lead this trip as I’d never been to the area before and leading a trip is a sure way to get yourself to a new place. I was surprised to have a group of nine willing to head into an obscure area of North Island bush on a May weekend but it turns out other people wanted to go somewhere they’d never been before too!

I was quite clear with everyone from the first planning email that this trip would require some capacity for unknown adventure. With only limited information from a local conservation group and some crossed fingers I planned for us to camp at the road end or a short walk in. It wasn’t ideal but by 11pm we had two flies up (one with an alternative but perfectly functional set-up) and nine bodies in sleeping bags on relatively flat spots between the soggy and muddy bits we had to choose from.

Good weather was a nice change and helped with the 10.5hr mission to Tahupo hut on Saturday. Group banter definitely helped keep spirits up for the 2.5 hours of pure adventure beyond the 8hr tramping day I had predicted. We sped up slightly on the way out making it to the van in 9.5hrs. The others can tell you about the many highlights en route, but for me as the leader a big plus was having a great group with a mixture of experience but all with tip-top levels of keen-ness. (Emily)

One day in May

The WTMC went to see

A forest park in the dark

With morepork at the track fork

The Team, you see, including me: Henry

Steady Erika (who was not from America)

Long legs Keith, who kept the mud beneath

‘Pattern’ Uta was solid, and onward she plodded

Big Ross, who’s nav was not always at a loss

And Weimin, with his stove a’ flamin’

The hunters were out and some goats were about

Blue duck were spotted, and thankfully not ‘potted’

Trains Hut took 4 hours and half of my powers

The trail was a mess, but we did our best

And the hut was fancy, but missing a pantry

And choc fondue and a slice were nice

Then a night under the stars, looking for Mars

A better team there had never been

Many laughs, but sadly no baths

With many a view, Taranaki AND Ruapehu

It was my first time to…

…watch a deer cross the road

…help select a campsite among wild mint, mud and cow dung in the dark

…sleep under a group fly

…cross paths with deer, goat AND pig hunters (on the track – not in the cross hairs of their rifle scopes)

…get up close and personal with a morepork

…shoo away goats in full fight mode with locked horns

…navigate in the dark

…dine out in Tahupo Hut

…sleep out in a bivvy bag under the night sky.

It was priceless. (Heather)

The trip started by dodging cowpats, then squelching through the mud (which somehow was thicker on the way back, despite no rain overnight?? science??), swinging over creeks on wires one by one, watching footing over slips, battling up an overgrown hill, breezing along oodles of undulating ridgeline with sparse trees and great vantages which regularly changed to overgrown track in the saddles. Concerns of rationing water and depleted torch batteries were short lived and quickly forgotten upon reaching Tahupo Hut where warmth, feasting and good banter was the icing on this adventures cake. (Ross)

The highlights for me were… nearly being shot having my first wild NZ wee, spying a ‘maw paw’, and bush bashing in head torches! Not to mention the fun naming/numbering off to ensure we all stayed within earshot of each other.  (Sophie)

This was just my third overnight tramp. It was a good trip to help with figuring out on how long I can walk, with how much kg and how to plan a trip to make sure I don’t get lost in the wilderness… While seeing Ruapehu and Taranaki was a highlight, what I took out of this tramp the most was to get a better sense of direction – N, E, S and W – and in which direction I should be walking to… (Uta)

Tahupo Hut is an excellent quality standard hut. There is ample space for cooking and drying gear, while its’ deck and fence are probably better than at most baches. (Keith)

2 thoughts on “Meeting a Morepork in Waiototara”