The new Paekakariki Escarpment track proved to be a very civilized introduction to the WTMC. Nine of us – a mix of club old hands and newbies, Kiwis and recent arrivals – met at the Wellington railway station at 9 and took the train to Paekakariki. First things first, so we headed into a nearby café for a few to get their fix. It was a 10 minute stroll along suburban streets before a stairway took us under the highway and onto the track proper. From here, it was a gently undulating well-formed track. Informative signboards along the way told us about local history, geology and ecological restoration work. Kilometre markers helped keep tabs on progress but, as all trampers know, distance is meaningless without taking into account track conditions and altitude change. And so, shortly after the 3km marker, the gentle undulations were replaced by what the newly-built track is already famous for: steep stairways. Actually, they’re not that bad, but we did climb quite steadily, with switchbacks interspersed between stairways, followed by and ascending sidle to the south. With the Led Zeppelin plagiarism case in the papers that morning, it was inevitable that the day’s earworm was ‘Stairway to Heaven’. The views up and down the coast and across to Kapiti Island were superb and the stiff breeze was – for me, at least – welcome, as it kept the temperature down. Rain threatened from time to time but never got beyond a few spots. 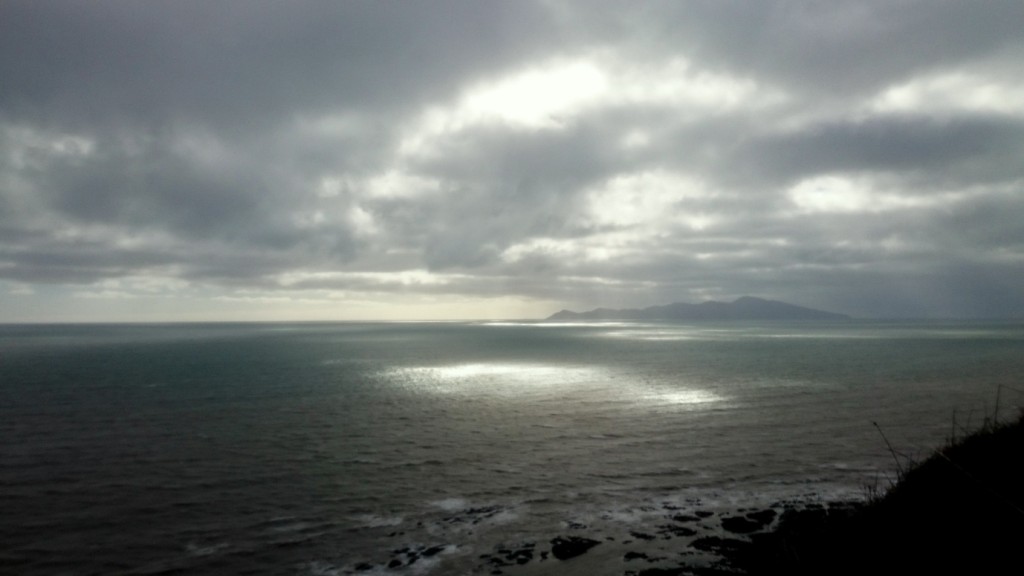 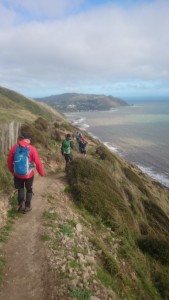 After an hour or so we reached a lookout at the high point, about 220m a.s.l., where an early lunchbreak was taken. From there, there was more southbound sidling, interspersed with rapid descents on more stairways. (Overall, the route is probably less brutal taking the southbound option). Twice, we dropped into a gully that was crossed on a swingbridge, and then inevitably had another stairway to climb. However, the overall tenor was of course downhill. 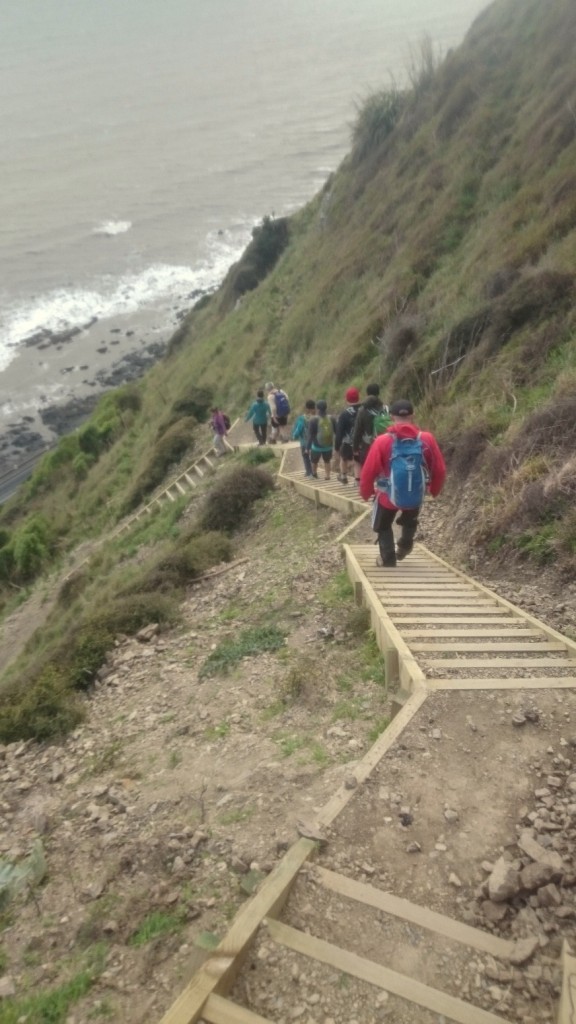 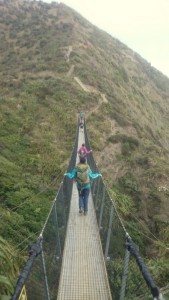 We reached the railway line at the disused Muri station. A short stroll through a reserve was followed by a return to suburbia and on to Pukerua Bay station. The day was rounded off with a beer at Wellington station. As I said, a very civilized day out. The walk was only about 2½hrs and not really what most would call tramping – the boots some of us wore, and in one case gaiters, were overkill – but it’s a really nice peri-urban walk. I’ll be back – both on that track and on WTMC trips.