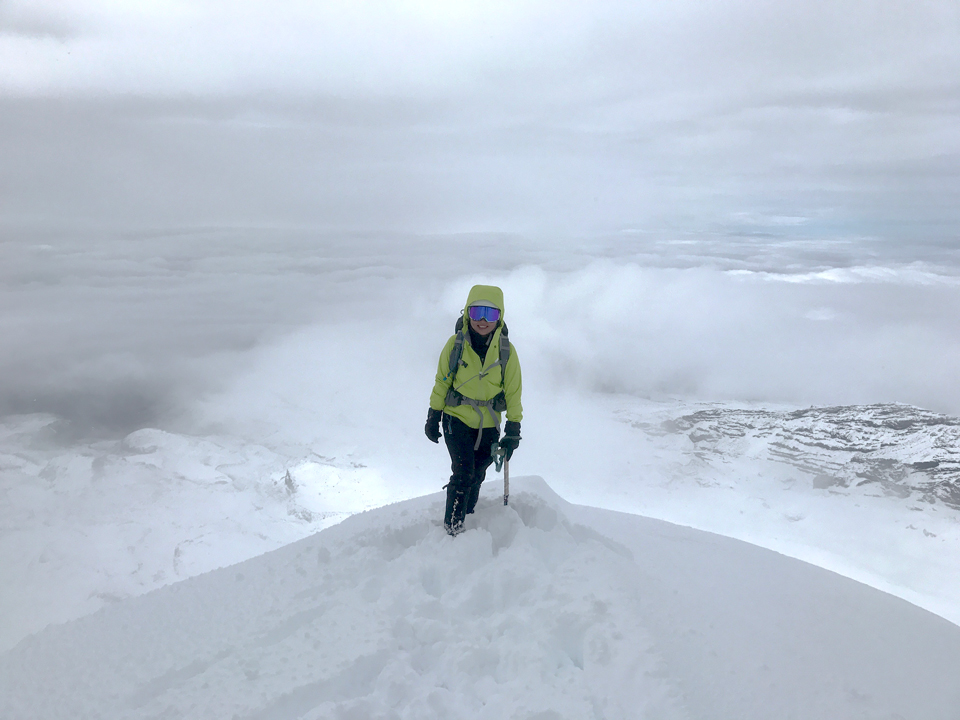 We left for the Te Heuheu ALP 1 trip at 5.30 pm Fri 1st Sept. Tony is a stickler for time I was told (lucky I am a teacher and I only work 9 to 3 pm—haha) so I made it in time! There were 10 of us in the group and the van headed out from the train station right on time. Traffic was pretty slow and we got to Bulls around 8.30 pm. Some of us had the traditional kebab but the variety of food offerings in Bulls is growing.

We arrived at the lodge and unpacked and the decision was made that the start would be 9 am the next day as the weather was not looking too good—there were very high winds forecast. Some other guests were already there and they had settled in well. They seemed to be enjoying the facilities and what a great thing to do with three teenagers—being outdoors, skiing, walking and hanging out in a great environment.

Saturday morning was an easy start after a great breakfast—full cooked and the usual cereal and toast if desired. We all made lunch and we were ready to go. Our aim for the day was an attempt on the Grand Pinnacle. We didn’t quite make that but we did go on an adventure behind Pinnacle Ridge and the up and downs of the whole experience were good prep for the next day.

I am not so good at uphill but discovered that the downhill tussocky/ bouldery bit were lots of fun as we headed for the river. Then there was more uphill again after that—we just had to get over that and we would see the ski field and be nearly home. After some serious walking up a scree-ish slope we finally made it up there and could look down on the ski field and the Aorangi Lodge. An easy walk home once we scrambled over the rocky ridge to our lodge from there.

Back home at the lodge and everyone settled in and relaxed and some very able people were on dinner—to see Rene with his sous chefs was a great sight and really appreciated by all. I had some exam marking to do so somehow I got on and did it while others discussed the potential ideas and options for Sunday.  Isn’t that the greatest thing about the Lodge? That there is that space to do what you need but still connect with others?

Everyone was keen to know if we would actually make the trip up to Te Heuheu and achieve it or would it become yet another (and why not?) Tony G heuristic trip. (FYI heuristic means enabling a person to discover or learn something for themselves.) I kind of thought I knew what it meant but I love the idea of this! Being open to planning and then change.

I know now that I am Alp 1, because at the beginning of the Snowcraft course I was appalled at the idea that on the weekend I would voluntarily get up before 6 am. But now I know that this is the thing to do to achieve the result you want and I am quite happy with the idea!

So we were all in our beds before 10 pm Saturday night. And then next morning we were all up and out the door by 6.35 am. We were aiming for Te Heuheu!  The day was dull and there was a lot of low cloud. Secretly I kept hoping that we wouldn’t make the summit so that I did not have to challenge and push myself so hard! But the walk up was amazing. I was quite tired at the beginning and I thought I would never make it. But slowly the walking muscles settled in!

There were so many amazing views looking back out over the plains and looking up at the ice and snow and peaks. And then there were the moments when we got to stop and enjoy the views and have a snack.

Did I think I couldn’t do it?  Yes! Did I do it? Yes!  Tony asked at a certain point if anyone wanted to go back as this was their last chance or later on we would all have to go back together (I know I have seen a photo of this area among the ones shared so far). Then I was close to thinking—yes I have to say yes I want to go back—because I did not want to put the others off achieving the peak. But then I remembered that I had done other hard walks and tramps and I had felt a similar way and I had done it! I also felt that the group would ensure that we would all get up to Te Heuheu and down again.

Which brings me to an extremely important part of the trip. Everyone was so good at asking how people were feeling. Everyone really noticed how people were doing and were supportive and encouraging. I could not have done this trip and made the summit without the belief from the leaders—thank you Tony—and Emily and Illona. You are inspiring.

So. Now what next? Keep fit, be ready and keep challenging myself. That old adage of if you do it when you are young you put in place body memories for when you are older. But equally if you do stuff when you want to do it you will find the mental capacity to do it—but you may need a bit more help from your friends—aka WTMC.