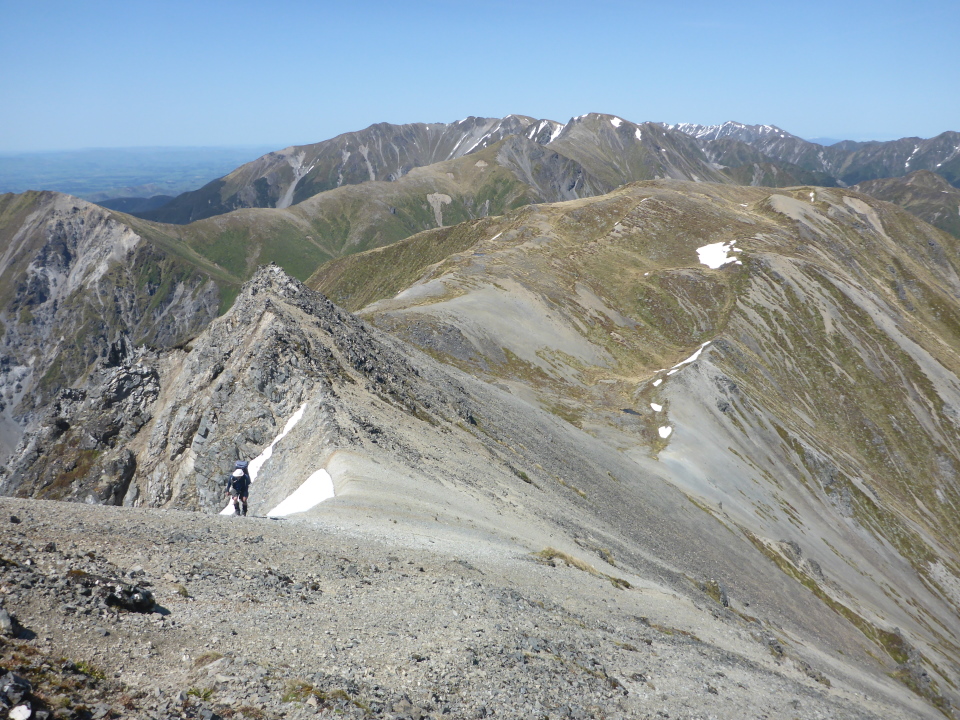 We set off on Friday after work with the club van and headed for Hawke’s Bay. After dinner in Carterton and a few driver changes, we parked at North Block Rd end at 10pm, and were asleep by 10:30pm at Triple X Hut.

On Saturday we could take it easy and have a relaxed breakfast coffee before we got going as we had a good group, great weather and we would get to Waterfall Hut for afternoon tea.

The idea was to do a loop and not take the same way there and back, so we decided to do the river track on Saturday and tops on Sunday, which was going to be the best day weather wise.

So after several kms of river and two saddles – Waipawa Saddle (leatherwood) and Rangi Saddle (spaniard) –  we headed down towards the middle of the Ruahines (between Hawke’s Bay and Mangaweka) where Waterfall Hut is situated.

When we arrived at Waterfall Hut, we checked out the waterfall, lay in the sun and read some old magazines and had a cuppa.

Sunday we got going at 7:45am and went straight up to one of the highest points in the Ruahines, Rangioteatua (1704m), and then made our way across the tops to Sunrise Hut via Te Atuaoparapara.

There was not much wind and about 30 degrees, so we extended lunch and took in the great views from Ruapehu to Hawke’s Bay.

From Sunrise Hut it was an easy stroll back down to the van.