The nicest place in the Tararuas for an easy tramp is Totara Flats. There are a number of good tracks to take you there, and the open river terrace with its stands of totara and manuka is a camper’s delight.

In early summer there are rata trees blooming on the hillsides and native clematis covering many bushes with their dainty white flowers. On a hot summer’s day there are plenty of deep pools for swimming. In the evening you can pitch your tent on the soft grass, cook your tea on a campfire, and then lie back and listen to the moreporks calling across the valley.

And then just occasionally you may think to yourself—I wonder how this lovely place came to be here? It can’t always have been as good as this. Well Totara Flats has a long and interesting story—so we will start at the beginning.

The New Zealand landforms that we know today, including the Tararua Range, are geologically very young. During the last ice-age only 15,000 or so years ago (hardly a blink in geological time) there were small glaciers in the Tararuas, and  the coastline around Wellington would have been unrecognisable—you could walk out to Kapiti Island, and rivers such as the Otaki and Manawatu had to flow an extra 40 km to reach the sea. But well before this the piece of continental crust that we now live on had been through some exciting times.

For much of its geological history New Zealand has been over a tectonic boundary—right between the Australian and Pacific Plates, just where many of the processes in the Earth’s mantle are at their most active. So over some 150 million years we have been pulled and pushed by tectonic forces, folded and faulted, many times lifted above the sea only to be eroded away back to sea-level, and occasionally even eroded enough to become an archipelago. Then beginning 24 million years ago the latest in a series of mountain building episodes (that are still continuing today) gave us the landscape that we know and enjoy as trampers. 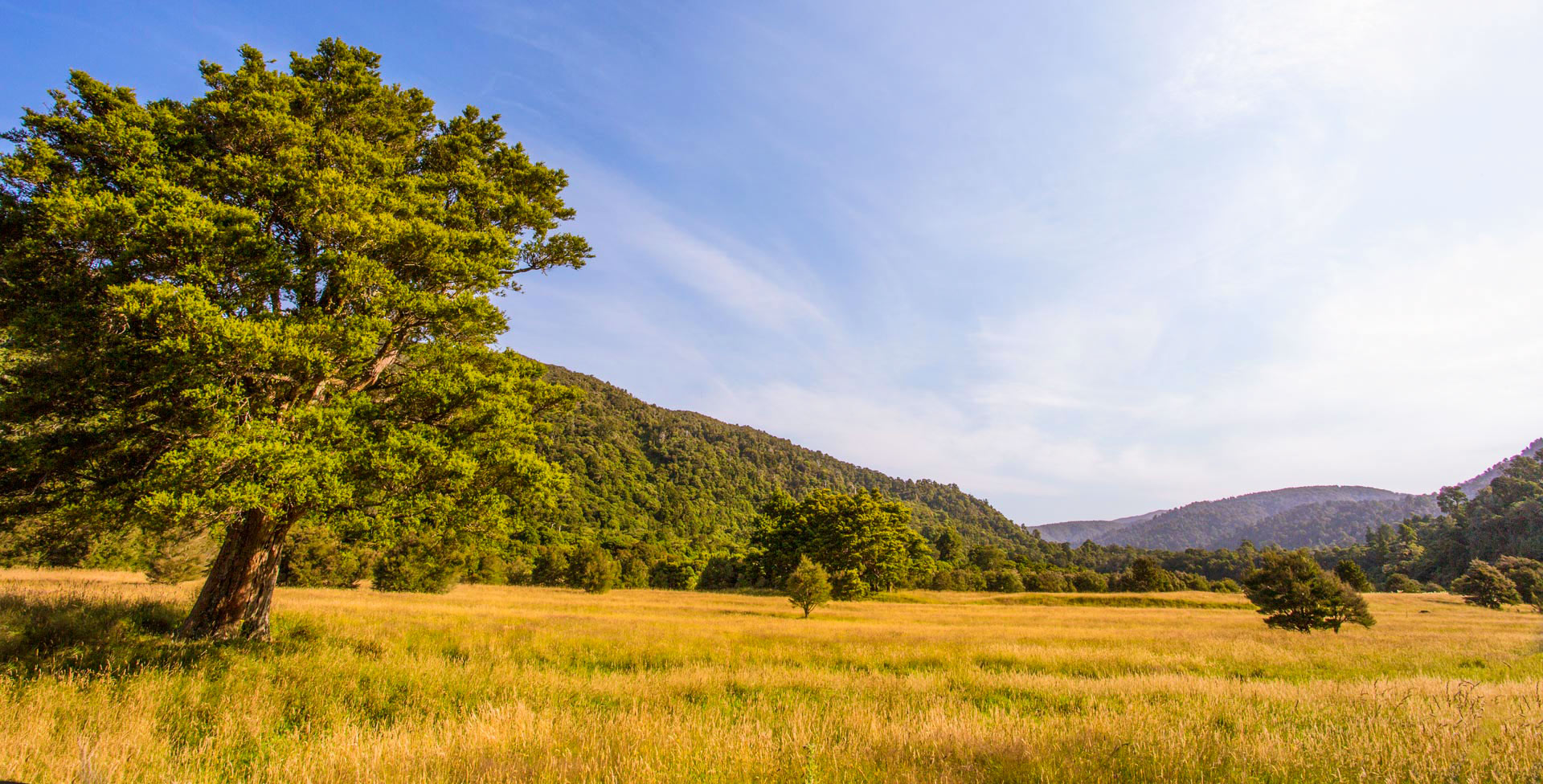 Our mountains are mostly the result of uplift along a number of fault lines that traverse New Zealand—running generally south-north. The largest of these is the Alpine Fault which passes along the western side of the Southern Alps before splitting into a number of branches which then run through Marlborough and continue across Cook Straight. One of these comes ashore on Wellington’s south coast as the Wellington Fault, carries on up Long Gully and through Karori, under Parliament Buildings and the ferry terminal, along the western side of the Hutt Valley, past Kaitoke—where it takes a 2 km side-step to the east—up the Tauherenikau Valley, over Cone Saddle, and then right on through our lovely Totara Flats—although the fault scarp is not visible through the flats themselves but is about 500 m to the west among the trees. The fault then continues through Pig Flat, the Atiwhakatu and Waingawa Valleys, and Cow Saddle before finally leaving the Tararuas at Putara and becoming the Mohaka Fault after it crosses the Manawatu River.

This fault is a defining feature of our landscape—it is obvious on aerial photos, and can be seen from space. And faults such as this have a long history of movements—both vertically and horizontally. And when faults move they cause ground shaking—and this shaking is often severe enough to cause major land sliding. And at Totara Flats it has been no different. 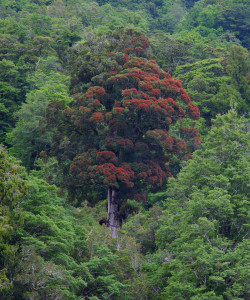 After a few  trips into the Tararuas you have probably become aware that most of the main rivers on the Wairarapa side of the Tararuas start by running towards the east, then suddenly turn south for about 7 km, before turning back again and running east as before. Maybe you have wondered why they do this.

And also, maybe you have noticed that in places at Totara Flats there are a few dead and weathered stumps sticking just above the grass, and wondered why they are there and what actually happened to the trees. The answer to these two questions says a lot about why Totara Flats happen to be the way we know them today.

Geologist are able to decipher the clues that are left by fault movements and from these estimate the rate that they are moving and the date the fault was last active. The date for the most recent movement of the segment of the Wellington Fault between Wellington and Kaitoke is generally well known and accepted as approximately 400 years ago, and for the segment from Putara northwards as approximately 240 years ago. But until recently there was no data for the Tararua segment between Kaitoke and Putara. Now, however, after a number of boreholes were sunk at Totara Flats there is a clearer idea of how the flats came to be, and the most recent movement of this segment is now thought to be approximately 1,150 years ago.

If you get a Tararua map and cut along the line of the Wellington Fault and then move the western piece about 7 km south you will find many of the rivers join up again and run directly eastwards without the southward kink. And this is because over the life of the Wellington Fault the western side, in the Tararuas at least, has moved about 7 km north relative to the eastern side—and the rivers have been forced to flow that much south along the line of the fault before being able to once again flow eastwards out towards the sea.

And if you dig a hole at Totara Flats about 3 m down you will come to large tree stumps and roots in their growing location—they are the remains of once healthy forest trees that have simply been buried where they stood and then died. And when radiocarbon dated these stumps indicate that the trees died about 400 years ago. So putting it all together we come up with a story that tells us that movements on the Tararua segment of the Wellington Fault has, over a period of about a million years, caused the western side of the Tararuas to move about 7 km north. The Waiohine River has adjusted by flowing south along the fault before it can turn to the east again. And it is on the terraces of this section of the river that some wide open flats formed that then became forested and were the original Totara Flats—but they were not the flats we know today.

The last movement of the Wellington segment of the Wellington Fault 400 years ago, and possibly at the same time some movement along the Tararua segment, would have caused severe ground shaking in the Tararuas with the consequent landslides. The debris from these slides buried the trees then growing at Totara Flats—it is a few of the dead stumps that are still visible today, and there are the very many more that still exist buried exactly where they once stood but now preserved under three metres of gravel. But when the river ceased aggrading a new forest was able to develop on the new and higher level flats. So the flats we know today are only about 400 years old—very much younger than the 13 million year old Tararua Range.

But that is not quite the end of the story. For in 1878 Sayer and Potts were fossicking for gold at Totara Flats and their camp fire flared out of control and burnt some of the new forest creating even more open grassy areas.

So the end result of all of this is the Totara Flats we see today. River terraces formed from the gravel debris carried downstream from the landslides caused by the last movement of the Wellington Fault. But—even this is not the end of the story, for the fault movements of the past won’t stop just because homo tramperus have appeared on the scene.

So enjoy Totara Flats while you can. For even if humans with their stupidity towards the natural environment don’t destroy them first, one day Nature itself will do an even better job— and totally trash what is there, just as it did 400 years ago. But at least it will ensure something else rises in their place—although it is hard to imagine how anything else could be as good as what is already there. 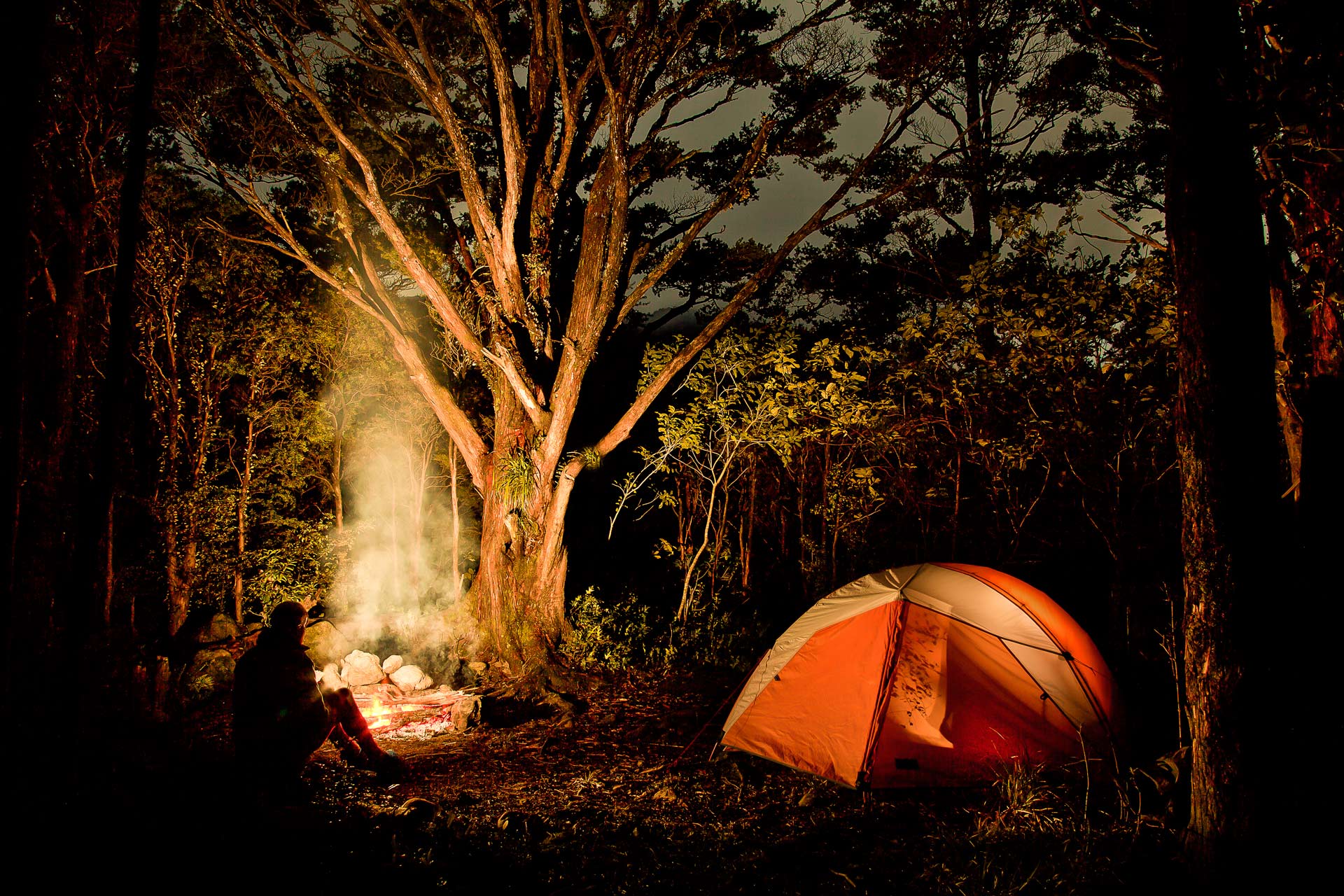