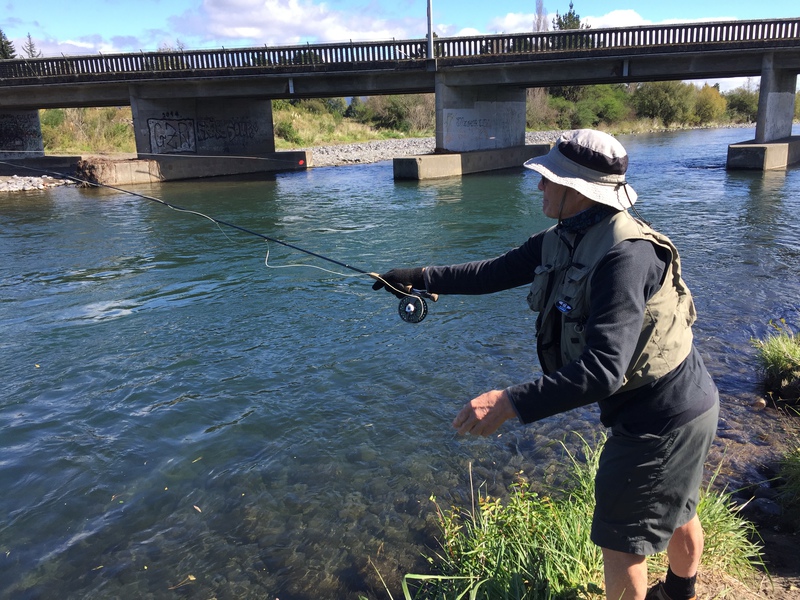 This was a fishing trip enabled by a bit of tramping over the 2018 Easter Weekend. Two days exploring the Tongariro River at Turangi, followed by an overnight trip to Oamaru Hut with fishing in the Mohaku river.

We also were a transport enabler for the Medium Tramp around the Cascade, Boyd and Oamaru circuit in the Kaimanawa Forest Park.

We did consider heading for Clements Road Clearing campsite at the northern end of the Kaimanawa FP, but with the prospect of a 7 hour drive, and the last hour on gravel, we decided to camp at the Waihaha Valley DOC campsite short of Turangi on the Friday night. Getting there about 11pm, we found if packed with vans of various camping standards. It seems to be a very popular overnight transit stop for international visitors.

On Friday morning RichardH dropped off the tramping group at Clements Road End while the rest of the fishing group sorted out gear and fishing licenses in Turangi. The afternoon was spent on the Tongario River south of Turangi around the Blue Pool area – Premade tippets/rigs were provided by Garth after consultation with an experienced fishing companion. Plenty of casting practice was had and Kevin caught a small 15cm trout which survived to be fished another day. The weather was perfect fine and sunny (with little wind) and we were surprised to see so few people fishing. But maybe they knew more than us, as it apparently isn’t the best time for catching fish (Well, that’s our excuse!). Not all of us owned all the fishing gear, but there was plenty of time and space available to share the rods around. 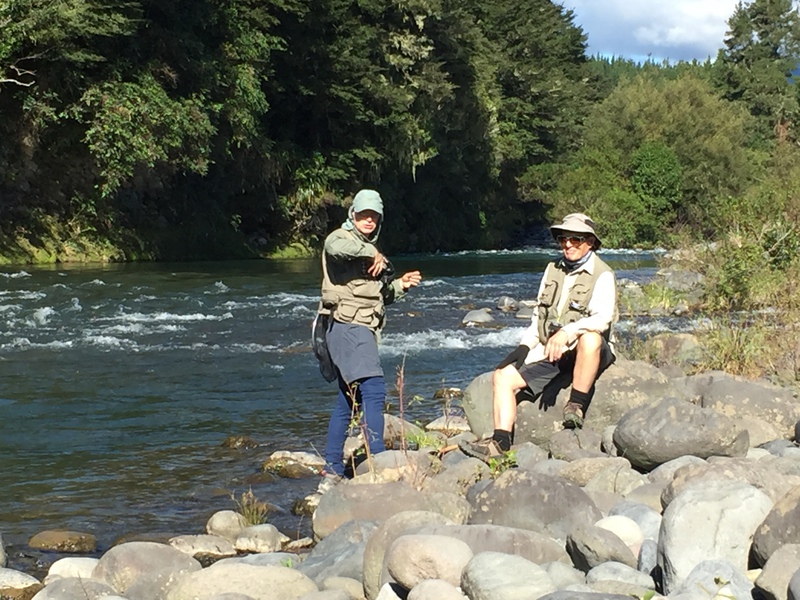 Our accommodation for Friday and Saturday nights was a 4 bunk cabin in the Turangi Kiwi Holiday Park; basic but met the need for $25 each per night. We took the easy option of eating out at the Mustard Seed Café (some ordered fish as consolation).

After a Saturday morning breakfast of eggs and bacon, we fished the pools under the main Turangi bridge over Tongariro River, with no bites. Only one other guy, more expert that us, was on the river, but we didn’t see him catch anything either. Everyone else seemed to be in Turangi New World which we found out when we did the lunch shop and provisioning for Sunday’s tramp. After a picnic lunch at the Trout Centre we spent a few fishless afternoon hours around Waddells Pool south of Turangi. By this time, all felt that casting techniques were improving.

On Sunday, we left Turangi early for a 1.5 hour drive north turning south-east at Taupo to the Taharua Road and the entrance to the Poronui Estate. The hire car and van were left in the DOC carpark next to the helicopter hangars. There must have been over 50 utes parked in the helicopter base carpark, probably all hunters being flown into the Kaimanawas for the roar. Helicopters flew regularly overhead during our tramp in. 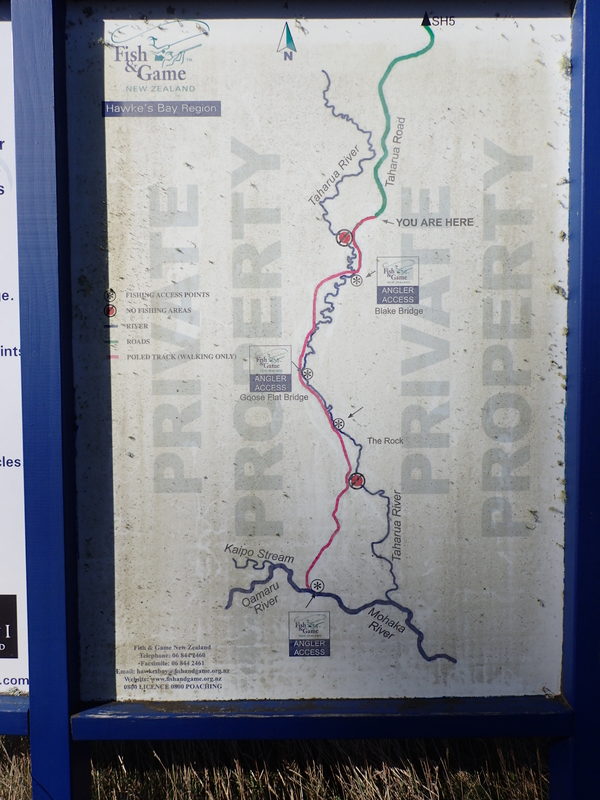 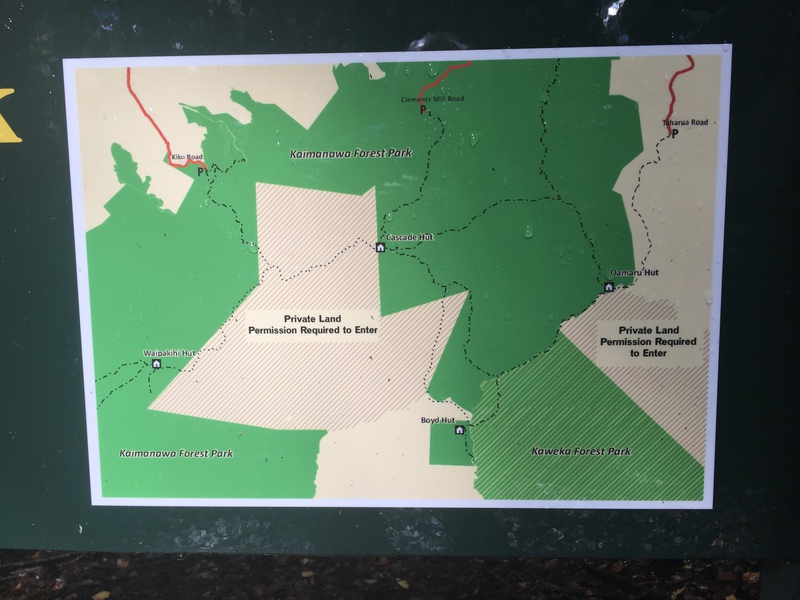 The access to Oamaru hut is via a poled route through the private land of the Poronui Estate. It was a three hour walk in (12km) and we were at the hut by midday. Dry feet nearly all the way but a short knee deep river crossing just before the hut means a wet boot arrival. A group of 5 young hunters were waiting to be flown out and reported seeing many fish in the winding Mohaku River below the hut. Sounded like good prospects. We spent the afternoon on the river a km or so either side of the hut (rigs again supplied by Garth). Fish were seen but were not biting despite the perfect conditions, however the sandflies were.

Late afternoon the Medium group tramped in having had a great trip. Kevin orchestrated a great evening meal of lamb and lentil curry, much to the envy of the other group on a last night of de-hy.

We spent a comfortable dry night in our tents on the flat below the hut. Both groups got away together around 8:30am for the return walk back to the vehicles. From the road end there was very little distance difference returning to Wellington via Bulls or by Napier. Thankfully we took the Napier route with a clear run and were back in Wellington by 7pm, hearing about the Otaki jams on the way.